Covid-19 cases in India and fallacy of the floating numerator

When several countries are being compared during a pandemic, merely citing absolute numbers without any reference to the differences in their population sizes is erroneous and misleading. 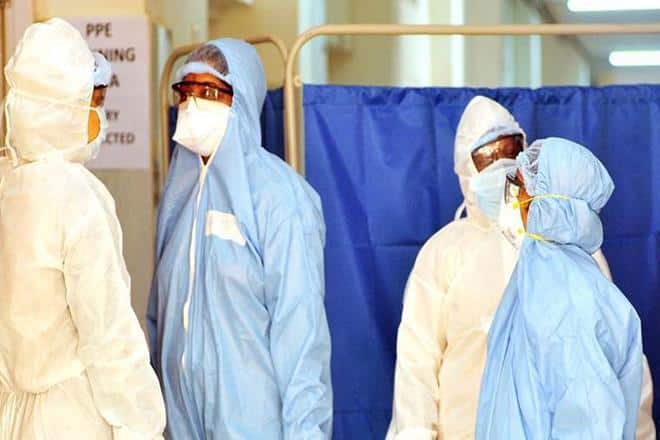 Should case numbers be reported only as absolute numbers in international comparisons, without adjusting for differences in the population size of the countries?

A May 28 report on India’s Covid-19 situation in BBC’s net version states in bold: “India is now among the top 10 countries worldwide in terms of total reported infections, and among the top five in the number of new cases”. This comparative ranking of countries, showing India’s rise in the international league table of total cases and daily new cases has also been raised prominently by several Indian media channels.

Any rise in cases is worrisome, and calls for attention and action. However, should case numbers be reported only as absolute numbers in international comparisons, without adjusting for differences in the population size of the countries? Will any economist compare the GDP of countries without reporting on per capita GDP? The table from Worldometer, referenced in the BBC report, also provides data on cases per million, which presents a different picture. The media report, however, ranks only on the basis of unadjusted numbers.

Also Read
Given its track record, India has the moral heft to bring the developed countries to the negotiating table
Muddying the waters
Understanding the four Vs of operations management – volume, variety, variation and visibility
Pakistan: Chaos at the cross roads and what it means for India?

The mention of an absolute number of deaths or cases is perfectly justified when the reporting is confined to a single country or state. As when we read about x number of Nipah cases in Kerala, or y deaths in an earthquake in Iran. Even in Covid-19, the absolute numbers in a country are a guide to the likely demand on the health services. However, when several countries are being compared during a pandemic, merely citing absolute numbers without any reference to the differences in their population sizes is erroneous and misleading.

This fallacy of the ‘floating numerator’ is illustrated in the accompanying graphic, which compares 20 countries on the absolute number of cases till May 26, and cases per million population (CPM). As it clearly shows, there are several countries with far higher CPM counts than India’s. Belgium (4,948), Peru (3,638), and Iran (1,640) don’t even figure in the top 10 for absolute case numbers, while India with a far lower CPM (105) does. The fallacy of this becomes apparent when we compare the matching number of deaths per million (DPM)—far higher for Belgium (427), Peru (105), and Iran (89) than for India (3).

Concerns have also been expressed about the rising number of cases per day. This is influenced by testing rates, and criteria for testing. It is, therefore, a weak indicator for comparing countries. If a rise in daily case count is being compared across countries, despite that weakness, it needs to be standardised for population size. For example, the daily rise in case count appears to be fourfold higher in the US than in India on May 26, when only absolute numbers of daily rise are compared. However, when adjusted for difference in population size, that day’s new case count in the US was 16.7 times higher than India’s. There are many other countries with higher population adjusted rates of rise in daily case counts, than India (see graphic).

‘The Case of The Missing Denominator’, as Erle Stanley Gardner would have called it, isn’t restricted to statements by the media. Many others commit that error, too. Doctors who claim that a drug cured three patients in their experience, without mentioning the total number they tried it on, are a classic example. The rate, and therefore the denominator, matters when we compare successes or failures. Especially, when we try to rank countries on the basis of case or death numbers.

Authors are with the Public Health Foundation of India (PHFI). Views are personal

Follow us on
Latest News
Koo looks to widen base with more focus on English-speaking users
Vistara aids our multi-hub plan: SIA
‘Transition to green technologies is inevitable’
Plugging the gaps: Can the metaverse be a safer place than today’s internet?
Britannia Industries Rating: ADD; Most resilient performance in the last three years
TVS Motor Company Rating: Neutral; Festive demand boosts retail sales
Muddying the waters
Photos
Dazzling & Astounding! Proposed design of the to-be redeveloped Dakaniya Talav Railway Station in Rajasthan-PHOTOS
2 days agoNovember 5, 2022
Heart-wrenching! Here is a look at Morbi and the suspension bridge that collapsed
1 week agoOctober 31, 2022
In Pictures: PM Modi in Kargil to celebrate Diwali with soldiers, says, ‘All of you have been my family for years now’
2 weeks agoOctober 24, 2022
Read More
×
Green bonds: Work on the ‘greenium’
Tweeting blues
Given its track record, India has the moral heft to bring the developed countries to the negotiating table
Data Drive: The adpatation agenda
Premium
What’s in a definition?
Don’t sideline side letters