Telephony: Here’s what keeps service from being free

On the face of things, Telecom Regulatory Authority of India’s (Trai’s) consultation paper on internet telephony is timely since, with more 4G spectrum available and telcos… 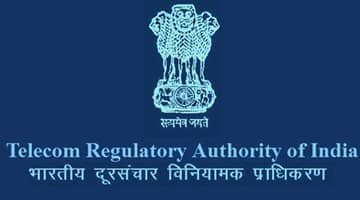 In order to give a boost to internet telephony, however, it needs to be moved away from the current email-linked process it is, and migrated to a phone—in other words, an email address needs to be mapped to a phone number.

On the face of things, Telecom Regulatory Authority of India’s (Trai’s) consultation paper on internet telephony is timely since, with more 4G spectrum available and telcos beginning to migrate to next-generation networks, there is going to be a lot more internet telephony—apart from RJio which has a network based on internet protocol (IP), a host of internet companies can also offer voice telephony based on IP. Given voice calls are essentially data services offered on a prioritised basis, finding ways to facilitate internet telephony will lower costs for consumers and can only be a good thing.

In order to give a boost to internet telephony, however, it needs to be moved away from the current email-linked process it is, and migrated to a phone—in other words, an email address needs to be mapped to a phone number. It is for facilitating this process that Trai has issued its consultation paper. Of course, it is also true that while IP processes offer a cheaper call, it is not certain how fast existing telcos will be able to move to such networks since they also have legacy 2G and 3G systems—since the earlier systems work on what is called circuit switching, a full move towards IP systems depends on how fast legacy networks are replaced by new ones.

Theoretically, internet service providers (ISPs) can provide internet telephony almost free—bundled in attractive data packages—and they can easily buy a Universal Service Licence that allows this for a mere R15 crore across the country. What keeps the service from being totally free, though, is the interconnect usage charge (IUC) that telcos pay one another for accessing each other’s networks—IUC charges are fixed by the regulator and are 14 paise per minute on local mobile-to-mobile calls and 53 paise for international calls—so any ISP providing internet calls will have to charge customers at least 14 paise per minute. Lowering IUC for internet calls is one possibility but, as Trai recognises, it creates arbitrage possibilities since it may not be possible to distinguish between internet and other calls, or between local and foreign calls. The only solution, then, is to lower IUC charges across the board.

Before looking at lowering IUC, however, it is important to keep in mind why it was introduced. Since telcos invested tens of thousands of crore rupees to set up their networks, the IUC was a way to compensate them for this. If there was no IUC, any telco or ISP could offer voice/data services to its customer and then terminate the call on some other telco’s network—while that telco’s network would get used, it would not get paid for it, or not get paid enough. That reality of telcos needing to get compensated for their investments has not reduced; indeed, it has only gone up hugely due to higher and higher spectrum auction costs. Maintaining a level playing field is something Trai will always have to keep in mind—after all, if ISPs have not invested in rolling out extensive pan-Indian networks, why should they be allowed cheap access to them?