Coronavirus pandemic package 2.0: Steering India out of the COVID-19 storm

COVID-19 has dramatically changed India’s growth-inflation dynamics. RBI must further expand the depth and breadth of the measures taken so far. 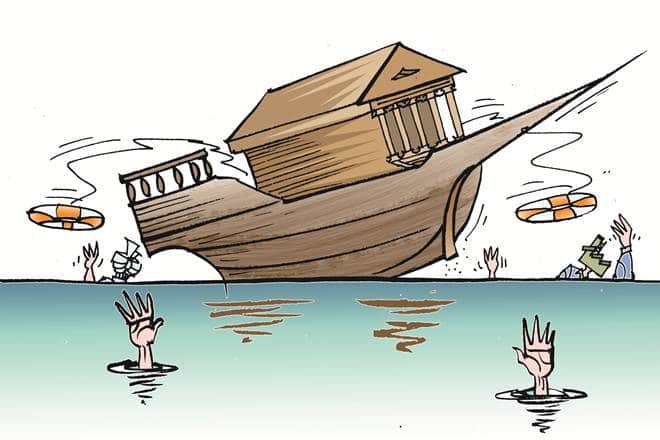 Lenders may be forced to seek regulatory forbearance on provisioning and capital requirements.

The slew of monetary and regulatory measures announced by the Reserve Bank of India (RBI), well before the much-awaited government’s follow-on fiscal stimulus programme, underscores the resolve of the central bank to proactively respond to the evolving Great Virus Crisis (GVC) through both conventional and unconventional measures.

Assessment and advisory of the central bank

Also Read
An impetus to green growth
Bonding with global indices
Understanding the four Vs of operations management – volume, variety, variation and visibility
Promoting whose prosperity?

COVID-19 has dramatically changed India’s growth-inflation dynamics. The International Monetary Fund’s (IMF) projections show India’s GDP growth in 2020-21 at 1.9%, the highest among G20 nations, even as inflation is expected to edge down; this is scant comfort.

The banking sector will, undoubtedly, experience severe stress as the impact of the GVC unfolds on its asset quality, even though many of the liquidity-enhancement measures including the reduction in cash reserve ratio (CRR), long-term repo operations (LTRO) and targeted LTRO will have a positive impact.

Instruments and incentives for liquidity and credit flows

RBI’s package of March 27, 2020, largely bypassed the critical segments of SMEs, NBFCs, smaller players and MFIs—hence the announcement of TLTRO 2.0 (Rs 50,000 crore), which is expected to alleviate the liquidity woes of NBFCs and MFIs that are likely to face severe constraints in servicing loan and bond obligations. In order to ensure better access to smaller entities, 50% of the TLTRO kitty is to go to small and mid-sized entities. However, the caveat that banks must invest in investment-grade paper is likely to limit access to small NBFCs and MFIs who may not be of investment grade.

Likewise, the special refinance window of Rs 50,000 crore at the repo rate to all-India financial institutions like NABARD, SIDBI and NHB to support flow of credit to critical sectors like agriculture and rural development, SMEs and HFCs/MFIs is a welcome step.

The objective behind further reduction in the reverse repo rate is to incentivise banks to deploy their surplus funds for credit rather than place them with RBI. Given the current phase of extreme uncertainty and risk-aversion, partly due to lingering fears of vigilance and enforcement action, it is possible the surplus may be diverted to government securities (both Centre and states), whose issuances will go up sharply in view of higher expenditure in times of compressed revenue collections.

Increasing the WMA (ways and means advances) limits of states by another 30% in the first half of 2020-21 may also help in sale of SDLs as these need not be bunched up in the first half of the year. Perhaps more substantive, out-of-the-box measures would have to be considered down the line. These could include further enhancement of temporary loan limits by way of SDF (special drawing facility) to states against their Sinking and Guarantee Funds maintained with RBI, OMOs in SDLs, central government borrowing on behalf of states, more frequent OMOs matching the lumpy borrowings by the central government, further regulatory relaxations to banks holding government bonds, resource mobilisation outside market borrowings through tax-free bonds and, finally, the mother of all interventions—private placement of part of government’s bond issuances with RBI, i.e. monetisation.

The major regulatory relief allowed to banks/borrowers is that the moratorium will be deemed as a standstill period. Hence, overdue accounts that have not yet become NPAs (as overdue has not reached 90 days as on February 29, 2020) will not turn NPAs during the moratorium period. As a prudential measure to protect banks against slippages after the moratorium, they will have to make 10% provision for such accounts. This may nullify some of the forbearance benefits and impact the profitability of banks. However, this will provide resilience to banks in case the accounts eventually become NPAs.

Measures such as the freeze on dividend payouts from profits for financial year 2019-20, subject to review at the end of the second quarter, reduction in the liquidity coverage ratio (LCR) from 100% to 80%, and extension in the date of commencement of commercial operations (DCCO) for NBFCs with exposure to real estate by a year should also ease the pressure on banks/NBFCs.

Given the current uncertainty, an additional period of 90 days, over and above the existing norm of 210 days prescribed for having a resolution plan for resolution of large stressed accounts, has been allowed. Going forward, the framework may require a closer review. More radical measures including a variant of ‘bad banks’/UTI bailout fund like structures may have to be considered as the gross NPAs of banks are expected to rise from about 10% now to anywhere between 15% and 20% of the total advances. This, together with a host of unfinished reform measures, will be necessary to support credit growth needed for rebuilding the economy.

RBI must further expand the depth and breadth of the measures taken so far. Importantly, it has to keep the powder dry to resort to more ‘never say never’ measures, and some in collaboration with the government—for example, higher guarantee coverage/first loss support for SME loans, repo in corporate bonds with safeguards and, finally, dipping into its large buffers held as cushion against ‘rainy days’ of severe financial stability risks in RBI’s economic capital pool. This was presciently recognised by the expert committee set up last year to look at the Economic Capital Framework of RBI under the chairmanship of former Governor Bimal Jalan. One remains sanguine as Governor Shaktikanta Das has unequivocally committed to do ‘whatever it takes’ to steer the country out of the storm.

The author is retired deputy governor, Reserve Bank of India. Views are personal