Coping with the pandemic: Civil society organisations can help build resilience among the poor

This finding provides some glimmer of hope as CSOs, since they work closely with the rural communities, usually have databases of households, and can easily link them to the government’s Covid relief measures. 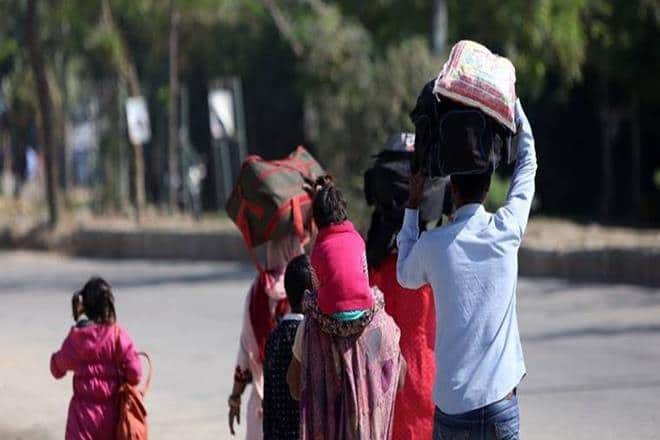 It is crucial that CSOs should optimise this opportunity to bridge the gap between government agencies and the most vulnerable by generating awareness on relief measures of the government, and help facilitate access to these schemes of food security and cash transfers.

Notwithstanding the debate over what the government should have done to ease the pain of the poor, including migrant workers who have returned to their home-states, caused by the Covid-19 lockdown, the existing schemes of government, coupled with the various relief measures announced by the Centre and the states, can help in a significant and meaningful way. Accessing these could, however, pose a serious challenge. This is where civil society organisations (CSOs) could play a constructive role.

A study of over 3,196 migrant workers from north and central India, conducted by Jan Sahas, a non- profit working for the underprivileged, revealed that 62% of the migrant workers did not have any information about emergency welfare measures provided by the government, and 37% of them did not know how to access the existing schemes. It is crucial that CSOs should optimise this opportunity to bridge the gap between government agencies and the most vulnerable by generating awareness on relief measures of the government, and help facilitate access to these schemes of food security and cash transfers.

A rapid survey by Azim Premji University, of over 3,790 households across 12 states, reveals that over 89% people in rural areas have been able to access rations through fair price shops and, as they were linked to some CSOs and already plugged in with these schemes, they were able to readily avail these benefits, including receiving the money transfers under the Jan Dhan scheme. This finding provides some glimmer of hope as CSOs, since they work closely with the rural communities, usually have databases of households, and can easily link them to the government’s Covid relief measures.

A noteworthy step in this direction has been undertaken by Hand in Hand India, a leading NGO working on poverty alleviation among people living at the bottom of the pyramid, across 17 Indian states. Recognising the grim reality of the under-privileged rural households, post the nationwide lockdown, HiH India’s teams stepped up their efforts to engage and support thousands of poor households, both on a psychological and economic level, by disseminating information and access to the government’s schemes of monthly rations and cash transfers, especially, in remote areas of Rajasthan and Madhya Pradesh. To help more women access the Jan Dhan cash transfers, HiH India teams created a network of ‘bank mitras’, to liaison with the local banks and activate dormant accounts. And finally, to assure that rural women are actually able to benefit from these schemes, the teams have been training women (through group Whatsapp video calls) on integral aspects of ‘on-line’ banking, including how to operate ATM cards for withdrawing cash to meet their emergent needs.

These initiatives have proven beneficial in not only enabling access to information and relief measures, but have also helped in building trust and a ‘connect’ with the local functionaries, who play a key role in facilitating access and entitlements to the rural poor. Looking ahead, this ‘connect’ will be critical to strengthen the feeling of community and establish trust in the government machinery.

The Indian government has enlisted over 20,000 common service centres (CSCs) in rural areas across the country, to coordinate with UIDAI and provide Aadhaar -linked services closer to the homes of the rural citizens. NGOs should help in the outreach of these services, to assist the underprivileged access relief packages which are directly linked to Aadhaar, including facilitating the rural communities’ access to food security through the ‘one nation, one ration card’ scheme of the government. The situation continues to be dire despite the steps and initiatives taken by governments. Time is of the essence and CSOs could render yeoman service through their efforts to disseminate information on the government’s relief measures and ensure smooth delivery of these schemes. Going forward, these actions of the CSOs will be critical in reducing the psychological and financial burden on the vulnerable and help rekindle hope and trust among them.

The author is President, Hand in Hand