States must decentralise and devolve funds and powers to cities. The new govt must work on an incentive grant system whereby states that devolve funds to cities in the desired degree get a top-up financial grant from the Centre. 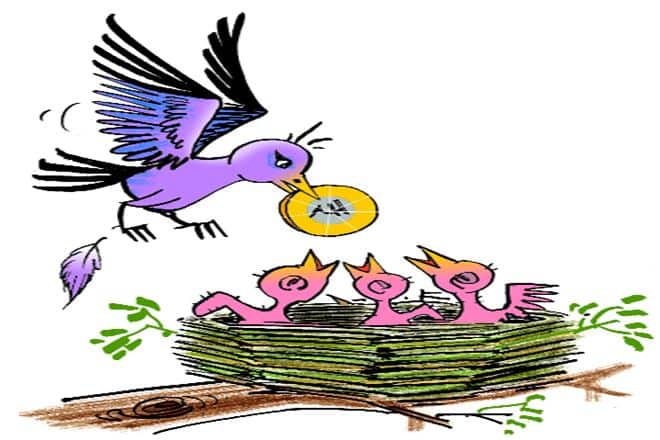 As prime minister Narendra Modi begins his second term with an even larger political mandate, it is time to reflect on what should be the priorities in fixing our cities. The scale of the challenge is massive, whether we look at the availability of clean drinking water, unpolluted air, quality of public transport, traffic management and parking, integrated planning of transport and land use, law and order, management and safe disposal of solid waste that is generated, treatment of waste water and effluents, and affordable housing. In short, the state of public service delivery in our cities is abysmal and, what is more, the cities are financially broke and cannot address these problems on their own.

Do cities matter? The short answer is, very much so. Rapid economic growth in any country is associated with a decline in the share of agriculture and increase in the shares of manufacturing and services in its GDP, and this involves greater urbanisation. India’s experience in the last two decades has been no different, except that the urbanisation associated with rapid growth in India has been largely unplanned, much more so than in most other developing countries aspiring to middle-income status. Going forward, as we try to achieve the rapid growth necessary to provide growing employment opportunities for our young work-force, we need to position our cities as drivers of the structural transformation of the Indian economy.

The United Nations projections suggest that India’s urban population will increase from 461 million in 2018 to 877 million in 2050, with India contributing the largest share of global urban population growth from 2018 to 2050. Our cities will have to provide much better quality of life for their residents if we want to create the investment climate that will attract investment. For this, we not only need more and better urban infrastructure but also significantly better institutions, which can manage the infrastructure and deliver public services of high quality.

Also Read
PEs lukewarm on realty
A case for nuclear energy
Opening the gates
Understanding the four Vs of operations management – volume, variety, variation and visibility

State governments have the principal responsibility for urban development. But in order to deliver, they can and should ensure that city governments are sufficiently empowered to get the job done. This requires strengthening the finances of these governments, building their capacity to take on the new challenges that urbanisation brings, and providing an enabling environment through legislative and administrative support. Most state governments have been failing in this respect big time.

In our federal system, a state government has the power to notify when an area is to have a statutory urban local government and what form it would take, i.e., a Municipal Corporation, a Municipal Council or a Nagar Panchayat (when an area is in transition from rural to urban). The 74th Constitutional Amendment of 1992 gives the state governments the power to transfer a set of 18 legitimate municipal functions to the municipal governments and also devolve finances to them to enable them to perform these functions and organise the delivery of the public services.

A major opportunity to improve municipal finances was lost at the time of the GST-related Constitutional amendments in 2016. In moving to a more efficient GST regime, the centre and the states agreed that GST would be a dual levy on a common base by subsuming most of the consumption taxes imposed by the centre, states and local governments. Ideally, they should have agreed that GST revenue should be shared among all the three levels of government, since the independent power of local governments to raise their own sources of revenue has now been appropriated by the centre and states. But the third tier was kept out of the deal. This is in contrast with many countries around the world which have provided their urban local governments access to revenue from goods and services tax and income tax. The Government of India must work towards amending the Constitution to undo the injustice that has been meted out to the local governments.

In fiscal devolution, the talk of cooperative federalism stops at the level of the state government. Over the years, the state governments have claimed and successfully obtained a larger share in the joint revenues of the centre and the states. The Fourteenth Finance Commission increased the share of states in the revenue pool from 32 %to 42%. By contrast, municipal revenues/expenditures in India have been stagnating at around 1% of GDP for over a decade. This is much lower, for example, than the municipal revenues/expenditures in Brazil which account for 7.4% of GDP and 6% in South Africa. The 15th Finance Commission has an opportunity to prescribe grants from the Centre to the urban local governments which would improve the resource situation of these entities, especially since they have taken a big hit in the post-GST regime.

In the past decade or so, the government of India has come to recognise that urbanisation is set to accelerate with India’s rapid growth. First, the UPA government launched the Jawaharlal Nehru National Renewal Mission (JNNURM) and Rajiv Awas Yojana as Centrally Sponsored Schemes. The NDA government followed up with a number of their own urban development missions, e.g., Swacch Bharat, AMRUT, Smart Cities Mission, and Housing for All. These national initiatives have provided some finance and also nudged the state governments to take up the challenges of urban development, and all this made some difference.
An important point to note is that the national missions could deliver only where the state governments were pro-active in bringing about the change. While being aspirational and providing strategic leadership, these missions put forth only limited funds and rightly expected the state governments to raise the rest by either mobilising their own financial resources or by attracting public private partnership. Only a few state governments have been able to come forward to realise the potential offered by the national missions. The missions played an important additional role in igniting a competitive spirit among the state governments to outperform each other in the delivery of public services.

A major failing of the national missions has been that they have not addressed the issues of empowerment and devolution to the third tier. A simple solution would be for the Government of India to introduce an incentive grant system whereby states that devolve funds to some desired degree get a top-up financial grant from the Centre. This should be limited to second tier cities, which are crucial in a new urbanisation thrust. Metropolitan cities need such grants much less, since states can help them to raise resources by empowering them to unlock land value. They are also better placed to develop PPPs with viable revenue models to attract private funds.

Prime minister Modi, at the present juncture, is in the unique position of having to work with a large number of BJP-controlled state governments. It is a valuable opportunity to grasp the bull by the horns politically, and get the states to go for empowerment of the third tier and also strengthen their finances through assured devolution.
Essentially, co-operative federalism needs to go down deeper below the state level. There are no short cuts to improving the state of our cities. The state governments need to decentralise, devolve funds to and empower the cities. We as responsible citizens need to engage with the government to find collective solutions while at the same time, holding the government accountable.