The Narendra Modi recognized the need to move urgently – bit the bullet with the urgent acquisition for 2 urgently needed squadrons in a comprehensive package that could make the new aircraft operational in the quickest possible time. 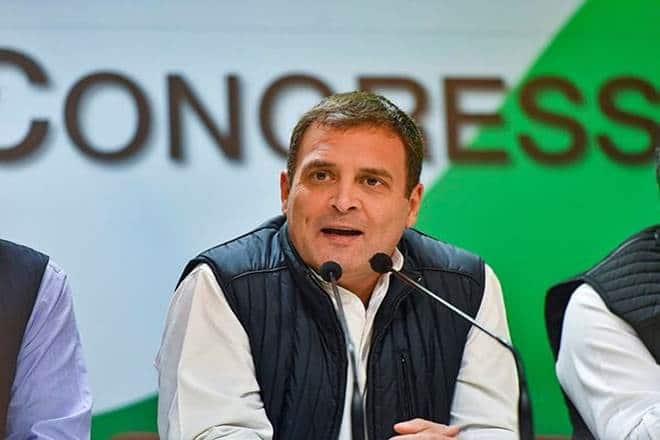 The Supreme Court today laid to rest the flurry of allegations pushed by the Congress and Rahul Gandhi about the Rafale fighter deal. In its judgement it said “We have no doubt about process. Quality of aircraft not in doubt. Our country can’t be allowed to be unprepared.”

For a leader (I use the word loosely) and a political party, for whom, wild allegations seem have become the backbone of his/its political strategy – these three sentences from the judgement should be compulsory reading like errant students in primary schools. The dismissal of the petition lays bare Rahul’s Shoot-And-Scoot strategy of wild lies and allegations  – ranging from claims of NPA waivers for corporates to corruption in government contracts.

The Government and MoD in particular was at first, caught on the backfoot by this strategy and their initial responses were less than stellar to the barrage of propaganda and lies unleashed by the Congress. What was particularly unforgivable was the way Rahul Gandhi carried on this propaganda despite the damage to national security. It required the Air Chief and two serving Air Marshals to come out and clarify the process in and outside of court.

From early on, to many It was obvious that this Rafale noise was a distraction from the real scam in AgustaWestland helicopter purchase. It was also obvious that the information that Rahul Gandhi was using was at the behest of some competitors of Dassault.

But as I love repeating in the context of Rahul Gandhi and the Congress – the truth has an unfailing habit of coming out. Today, it has.

The Dassault Rafale as explained by the IAF leadership is a state of the art platform giving the IAF air superiority over both the Chinese and Pakistan Airforces. The Rafale was selected during the UPA period being the lowest bidder. But the UPA government did not sign the deal for reasons that are still hazy.

The Air Force was pushed into a corner as the years had slipped by without a decision and its operational capabilities were clearly diminishing because its last real platform acquisition was almost 3 decades old ie the Su-30MKI.So the requirement of the 36 Fighters or two squadrons that were bought in fly-away condition from the vendor was because IAF was dangerously under equipped. Urgent because for over a decade the UPA government deliberately and dangerously dithered over its decisions. At a time when it was widely known and recognized that IAF was flying old aircraft, young pilots were taking great risk in flying them and that there was an overall depletion of operationally ready aircraft compounded by an militarily aggressive China – the UPA government spent precious scarce Airforce resources on buying AgustaWestland VIP helicopters for the Cong first family instead of deciding on a cutting edge nuclear delivery capable fighter platform.

The Narendra Modi recognized the need to move urgently – bit the bullet with the urgent acquisition for 2 urgently needed squadrons in a comprehensive package that could make the new aircraft operational in the quickest possible time. Since a substantial portion of discussions had already been completed, the inter-government contract was signed in 2016

For the medium and Longterm requirement of the Airforce, the government laid the roadmap for a MakeInIndia program for the balance 100 odd fighters with a vendor and public/private sector company that would be selected through a tender. That is the correct strategy for the Nation – on one hand empower the IAF in the short term and build real military manufacturing capability in the long term.

The Congress has a long illustrious history with Scams. As recent articles showed even the Jaguar deal in the 70s involved then Defense Minister being “looked after” by the same set of worthies as those involved in the VIP Helicopter scam. It is clear that the Congress would rather have the people of India forget about its long and dubious history and instead believe that about the current Narendra Modi Government. But that’s a doomed to fail political strategy. The supreme Court judgement reinforces the Narendra Modi government credentials and reinforces its determination to clean up decades of vested interests in the Delhi corridors nurtured and supped in various Cong tables.

While lieing and propaganda may be legitimate political strategies in the minds of Rahul and his advisors – what is unforgivable and criminal is the impact of their infantile lies on national security modernization and on the psyche of the minds of those who serve in uniform. Some stories are so bad it should make us all angry. For instance, no other Airforce in the world is flying the Jaguar in 2018 other than the IAF. The Air Force is now planning to upgrade these and give a fresh life of another 25 years. The IAF had been compelled to continue with the old aircraft since new inductions invariably get stuck despite funds being available. While the politicians fought, and bureaucrats sat on files, time took its toll. It got so bad in the nineties that we were compelled to procure some 20-30 grounded MIG-21s from East European countries. This second-hand purchase was necessary to keep the IAF going.

Fastforward to today and Over two decades later, nothing seems to have changed with the Congress. Back to scoring petty political points, pushing the military preparedness of our Armed Forces behind.

I believe that there MUST be consequences for these kinds of dangerous lies and falsehoods spread by political leaders. The Nation and its security and strength of its Defence Forces cannot and should not be allowed to be played up by this kind of politicking.

For Rahul Gandhi, this judgement poses a new set of challenges- For a leader that has invested heavily in a political strategy of bizarre lies and propaganda to gain attention – Today’s judgement will also make people wise to the next flurry of political lies hurled by Rahul Gandhi. He has taken a new fancy to quoting Leo Tolstoy recently in his tweets and this one from Leo Tolstoy is apt for him “Anything is better than Lies and Deceit”

Narendra Modi has really taken on the tough job full of minefields of modernanising our Armed forces. It took his politically tough decisions to break this acquisition deadlock with confidence in his Governments ability to navigate the tricky world of Defence deals with Integrity and commitment. The men and women tasked with our Nations security trust him to do the best by them and the forces. That his Government is committed to Sahi Vikas with Saaf Niyat got reinforced yet again today.

The author, Rajeev Chandrasekhar, is Member of Parliament. He can be reached @rajeev_mp on Twitter.