Column: A bad bank is a bad idea

It will leave lenders stronger temporarily, but will be perceived as bailout and encourage further bad behaviour 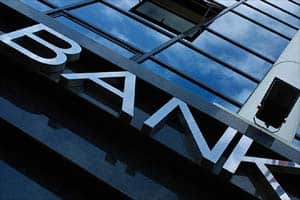 For some time now, there has been talk of a ‘bad bank’; that’s an institution which essentially takes over all the bad loans from lenders, or at least a big chunk of these, leaving the lenders ‘stronger’—able to access the capital markets and beef up their balance-sheets. Any investor who believes that a bank will be better-run simply because all the toxic loans have been taken away and the balance-sheet now looks ‘cleaner’ deserves to be taken to the cleaners. But it is not the investors who are important. It is the errant borrowers, the ones who are deliberately defaulting, some of those who RBI Governor Raghuram Rajan recently referred to as freeloaders.

If at all the government wants to set up a bad bank, the only loans that should be housed in such an entity are the agri-loans; a separate team could be tasked with recovering these assets over a period of time. As SBI chairman Arundhati Bhattacharya has pointed out, her bank is the lead bank in about 150 of the country’s poorest districts—not because it wants to, but because it doesn’t have a choice. That is true for several other public sector banks as well.

The problem with allowing banks to cast off corporate or retail non-performing assets (NPAs) or restructured assets is that it could be a moral hazard; if companies believe that the government is going to bail them out—unless the money is recovered, it will be a bailout for all practical purposes—borrowers will turn even more brazen than they have been so far. And given the legal system is quite skewed in their favour, they will get away with more bad behaviour. As they say, the more things change, the more they stay the same.

From the point of view of the banks, once the NPAs are off their balance-sheets, the urgency to recover the money or the drive to chase defaulters could diminish, and that is not healthy for the system. With the next round of investment about to get away in the next 6-8 months, the bad loans need to stay on the books to remind lenders constantly of the perils of inadequate ‘due diligence’.

To be sure, there are hundreds, even thousands, of bona fide customers who are willing to pay back but cannot because their businesses have been so badly bruised in the economic downturn. Nevertheless, these stressed assets, too, need to be left on the books—again, to ensure bankers remain vigilant, to make sure they are aware of how quickly the tide can turn and how the government isn’t always to be trusted on delivering what it says it will.

This might seem tough on the banks who are clearly nervous ahead of the changes in the classification of assets; come April, the category of restructured assets will no longer exist and all such loans must become NPAs, requiring a much larger sum of capital to be set aside by the banks by way of provisioning. Going by recent trends—a large number of smaller companies have exited the CDR, implying that even a restructuring isn’t working out—about 30% of the restructured portfolio, nearly R2.7 lakh crore, could slip. That is roughly another R80,000 crore of NPAs.

That will not be a happy state of affairs. But as the RBI Governor has said, we need to see balance-sheets as they are. Rotten assets should not be camouflaged as good ones. The total stressed assets of public sector banks—NPAs plus restructured loans—stood at 12.9% of total loans at the end of September 2014. Banks like Punjab National Bank (PNB), whose stressed portfolio now stands at 15.5% of its loan book, will begin to look even more fragile than they do. Smaller banks might seem like they are on the brink of bankruptcy. If they are able to pick themselves up, brush off the dust and get going again, the investors will be back. That could be hard to do because they are not likely to get much help from the government—in the last round of capital infusion, not all banks were lucky. Which means, at some point, they will need to be taken over by a stronger lender, and the sooner this happens, the better; perhaps, once the new asset classification norms kick in in April and it is a little clearer whether X bank or Y bank has the capital to make the necessary provisions—and also to support a loan book—or not. The stronger banks could legitimately ask why they are being saddled with an entity that could hurt their financial profiles and add to their flab, which is a valid point. The government must reward the acquirers with capital and, more important, allow them to shut down unviable branches and get rid of excess staff. That is how the government should use its resources, not in creating a new entity that might leave lenders stronger temporarily but will be perceived as a bailout.