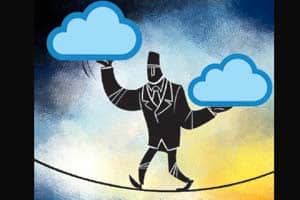 Net neutrality has been in the headlines and will be Trai’s priority.

Ram Sewak Sharma, the new chairperson of the Telecom Regulatory Authority of India (Trai), assumed office on August 10. He comes to lead the statutory body at a key moment in India’s telecommunications sector. The issues that confront him—net neutrality, Voice over Internet Protocol (VoIP) services, call drops, spectrum and licensing—are nuanced and linked, and the choices neither binary nor trivial. They will affect current and future users of voice and data services as well as mobile telecom operators, who are India’s main internet service providers (ISPs). Sharma’s success will depend on his ability to steer Trai to adopt a robust and yet open approach on contentious issues.

Net neutrality has been in the headlines and will be Trai’s priority. Its ongoing consultations on the subject have attracted widespread comment and criticism. There have been heated discussions about the fate of ‘free’ telephony and messaging services like Skype and WhatsApp, respectively. There is raging controversy over Zero Rating, the practice of ISPs allowing their subscribers to access selected websites without incurring data charges. These include Airtel Zero and Facebook’s Internet.org. In the former, Airtel teams up with other companies, typically e-commerce, to offer toll-free access to their web services. In the latter, Facebook partners operators to provide similarly ‘free’ access to over 100 websites—sometimes customised for low bandwidth networks.

The new chairperson faces an unenviable task of protecting Trai’s credibility and stature, as it finalises its recommendations on the subject to the Department of Telecommunications (DoT). In an unprecedented move, DoT has sought and obtained an additional set of recommendations from a specially constituted internal committee. This committee’s report curiously proposes different rules for domestic and international Skype calls. It finds Airtel Zero acceptable, but is concerned about Internet.org. The government says it will take a final call after if receives recommendations. Trai will need to provide a more consistent approach based on its own mandate.

Trai’s primary responsibility is telecom infrastructure, not content (whether on the internet or elsewhere). Importantly, its counterparts in the UK, the US and several other countries deal with both content and carriage. A key purpose of the Trai Act is to “protect the interests of service providers and consumers of the telecom sector, to promote and ensure orderly growth of the telecom sector.” Trai has a mandate to “take measures to facilitate competition and promote efficiency in the operation of telecommunication services” and ensure “efficient management of available spectrum.” It cannot carry out its responsibilities effectively without sound economic analysis.

Freedom of communications, or expression, is a precious right, but it is not, however, Trai’s remit.

Trai does not have the luxury of looking at net neutrality in a standalone fashion. It can only do so within its own legal mandate. For example, it can address the broad goals of net neutrality by preventing market abuse and by promoting robust competition at every level—between players, technologies, platforms, services, business models, etc. It can also prevent exploitative tariffs for access to any web content through its comprehensive powers on tariffs. However, the mandate to help expand access and to promote efficient use of spectrum can, sometimes, clash with the goal of strict net neutrality.

In India, net neutrality is inextricably linked to the availability of spectrum since the network is predominantly wireless. Operators in India lack spectrum to support the increasing use of VoIP which consumes higher bandwidth than voice calls. They have a fraction of spectrum holdings of their international counterparts. The problem is exacerbated by ad hoc allocation of spectrum leading to its widespread fragmentation in 3G, 4G in bands (e.g. 1800). As Parag Kar has shown (goo.gl/UbgeB0), you cannot solve the problem by simply deploying 3G/4G networks and abandoning 2G, since majority of users depend on 2G for voice services. VoIP on wireless networks, therefore, poses a major technical challenge. Indeed, even the US and EU rules on net neutrality require that ISPs do not allow their own VoIP services to affect general broadband access. In the circumstances, Trai could be better off identifying which kind of prioritisation is acceptable and which is not.

It would be counterproductive to bar VoIP services or to impose levies on them. The services are widely popular and a veritable incentive to access the internet and subscribe to an ISP. Trai with a mandate to expand access cannot justify steps to discourage internet usage when there is a desperate need to encourage it.

On the other hand, a regulatory regime that professes to be technology-neutral cannot justify imposing different burdens on functionally similar services such as fixed, mobile or IP telephony. For instance, telecom operators paid over $3 billion in levies to the government last year. This excludes the cost of spectrum, equipment and operating expenses. No mature regulatory regime has such differential levies. Note that internet telephony has hardly featured in international debates about net neutrality. Trai must recognise that unorthodox regulatory and licensing regime has complicated net neutrality in India. The only consistent approach is to remove existing regulatory burdens on all telephony services. Trai will need to recommend—suo motu if necessary—effective ways to remove such anomalies and manage broadband spectrum better.

Fortunately, Zero Rating sits well within Trai’s mandate as well as current practices relating to consumer tariffs. It promotes internet usage, allows companies to innovate service offerings and encourages investment in networks. It is also in line with Trai’s 15-year-old practice of holding back or forbearing from exercising its powers to set consumer tariffs and relying on markets to prevent abuse. Zero Rating, as the former Trai chairperson pointed out, is not illegal. An economic regulator has little basis to treat Zero Rating as market abuse when none of the over 10 active ISPs has even 25% market share, unlike, say, in the US or the UK where some companies dominate the ISP market. A doctrinaire approach to Zero Rating, therefore, risks missing several aspects of direct relevance and value to India’s users.

Trai is an expert sector-specific regulatory body. It should resist attempts to trivialise its role into bland yes/no decisions. Its challenge is to recommend a sound, nuanced and credible approach to net neutrality.

The author is a telecom consultant