The Aadhaar of inclusion 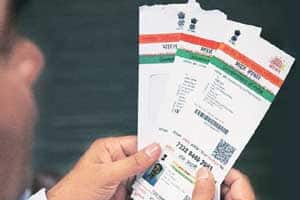 Jan Dhan-Aadhaar-Mobile (JAM) is turning out to be exactly like its namesake, the sweet and sticky accompaniment to bread. Since its launch in August 2014, JAM has proved to be the only credible tool for the transformative governance that India seeks to usher in inclusive growth, socio-economic development and transparent governance.

With 21.68 crore Jan-Dhan accounts opened till date—13.3 crore in rural India—the reverberations for financial equality are of great significance. It can be turned into a tool for advancing equitable growth. With 4.2% of GDP dedicated to subsidies, it is imperative to plug gaps and guarantee delivery to the targeted population in order to ensure greater impact. The JAM trinity has spurred the hope that plugging pipeline leakages and financially empowering the target population may just become possible.

Even though the Supreme Court has ruled that Aadhaar can’t be taken as a proof of citizenship, the finance minister, in Budget FY17, emphasised on developing the platform for social security platform and the government has accorded it statutory status.

The Aadhaar (Targeted Delivery of Financial and Other Subsidies, Benefits and Services) Bill, 2016, paved the way for direct transfer of benefits (DBT) through JAM, beyond the 15.38 crore customers who are already DBT (LPG) beneficiaries. JAM is now proposed to be used at over 3 lakh fair price shops and also for delivering fertiliser subsidies. Transfers like MGNREGA funds are also proposed to be tied to JAM. Though Aadhaar provides one of the largest digital identity infrastructure, the government realises that it must bridge the digital gap and has thus proposed the Digital Literacy Mission of Rural India covering 6 crore households.

The PM has said that JAM is about ‘Just Achieving Maximum’. For banks and financial institutions, there is the access to the unbanked population to consider. With R36,795.55 crore already in Jan Dhan accounts, the retail portfolio of these accounts will surely turn profitable with time.

Incidentally, formal finance’s penetration in India is abysmally low—according to the World Bank, only 35% of Indians have an account with a formal financial institution. The all-India Inclusix (financial inclusion index) score is relatively low at 40.1 as per rating agency Crisil. Only one in seven Indians has access to banking credit. Rural India constitutes nearly 70% of the country’s population but has only 40% of bank branches.

It is essential to recognise that financial inclusion is one of the steps for achieving the goal of inclusive growth and not the goal in itself. JAM moves us towards empowerment, but financial inclusion will need awareness, participation and an ecosystem of social infrastructure. Finalising beneficiary identification and dealing with distributor opposition will be a key challenge.

It will need allies like the Fertiliser Association of India who would have to synchronise their customer base with Aadhaar card data to make it a success. Involvement and positive mindset of third-parties is imperative in creating the enabling ecosystem for inclusion. As the Economic Survey points out, bank-beneficiary linkage still needs to be strengthened for JAM’s success.

The government has also proposed a digital depository for school leaving certificates and mark-sheets. The digital locker will be tagged onto Aadhaar. Going forward, syncing financial and social information with Aadhaar will make financial inclusion much easier.

As JAM and Aadhaar gain momentum, the government needs to ensure that the platform is not jammed by last-mile issues like grass-root financial linkages, digital access and basic infrastructure like power supply and skills to operate the same. JAM can help scale up banking transactions and make themcost-effective. Ubiquitous connectivity, cross-data correlation and digital identity may make sustainable business a real possibility. Financial inclusion will materialise only with responsible borrowing and lending practices and Aadhaar will empower future transaction decisions.