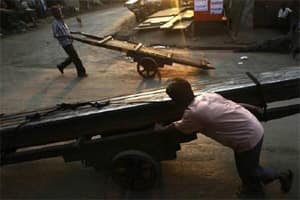 The proposal to hike the national minimum wage to Rs 15,000 is economic insanity for four reasons; it will steal power from chief ministers, it will murder Make-in-India, it will cause more damage than even MGNREGA to formal employment, and it will hurt young people much more than older people. Legislating a national minimum wage is like trying to treat obesity by mandating small sizes—it just doesn’t work. Let us look at the four arguments against it in more detail.

Stealing power from chief ministers
One of the biggest political and reform innovations of the new government has been to recognise that there is no such thing as India’s labour market; not only are the dynamics of labour demand in Uttar Pradesh very different from Tamil Nadu, but also the cost of living varies greatly across the country. India’s national floor-level minimum wage of R115 per day is currently non-binding on states. The new proposal will only change the minimum wages in the 45 industries the central government currently regulates; the levels for 1,679 industries are currently set by state governments. More importantly, state governments can—and do—exercise wide discretion based on geography, skill levels, academic qualification, frequency of payments, and much else. But the national minimum wage plays an important signalling value and rigging it goes in the reverse direction from using 254 (2) of the Constitution that let Rajasthan carry out labour reforms. The only thing worse than being wrong is being confused.

Killing formal employment
The single national minimum wage rate demand is dangerous. MGNREGA already distorts the labour market for unskilled work because its wage levels act like the LIBOR rate used to price loans —a benchmark for unskilled wages that employers are forced to price off.  And just like the manipulation of LIBOR led to massive mispricing, the wholesale manipulations of wages in India by MGNREGA have greatly distorted the incentives, availability, and redeployment of labour. Higher wages don’t create productivity but are a consequence of it. And economy-wide productivity will not rise till 15% of our GDP comes from 55% of the labour force deployed in agriculture. The Indian government diminishes itself by passing laws it does not enforce; the current minimum wage is not enforced for 90% of workers; shouldn’t our objective be fewer laws that are more realistic and merciless enforcement of these?

Murdering Make-in-India
India’s real minimum wages will not rise without increasing manufacturing employment—stuck at 12% of total employment since 1991. Increasing manufacturing jobs needs many things: hard infrastructure, labour law reform, and a tighter coupling of education and employment. Minimum wage fudging is not going to help. China has been able to raise minimum wages every quarter for the last three years because it has run out of farm labour to staff the workshop of the world. China’s exponential productivity increase (20 people now produce the same GDP that 100 people used to produce in 1990) has combined with a massive migration to non-farm employment (640 million since 1978) to produce the most effective minimum wage legislation the world has ever seen. Just like the unit of competition was not the whole of China, the most competitive units of competition in India will be the coastal states of South and West India. Make-in-India is about making some states in India globally competitive. But this is exactly what an artificially-inflated national minimum wage will murder.

Unduly punishing the young
Over the last 40 years, the labour aristocracy—5% of the labour force—has managed to position job preservation as a form of job creation. But 65% of our population that is below 35 years of age needs massive job creation and skill development. These youth are already hurt massively by labour laws that have ensured 100% of net job creation in the last two decades has happened informally and encouraged the buying of machines rather than hiring of people. A review of more than 100 major academic studies on minimum wages says that 85% of them find a negative effect on jobs for young and low-skilled workers. Our current trade union movement steals opportunities from our children and grandchildren. The 100 million new voters in this election and the 100 million new ones in the next one will be disappointed because a minimum wage that is not market-based is an apartheid against young people.

Legislating high minimum wages is popular with politicians all over the world because voters believe it is a “free lunch”, i.e., it is an inexpensive alternative to higher taxes, has no real costs and helps the poor. But setting national minimum wages ahead of productivity has real costs for India— lower formal employment, renewed inflation pressures because most companies in India will pass on any “above productivity” wage increases to customers, lower skill development because we have not figured out how to fund skill development for informal employment, and lower policy room for chief ministers to make their states fertile habitats for job creation. The real danger is that this minimum wage fatwa will not lead to a higher wage for our youth but a wage that will be effectively zero. It must be stopped.

By Manish Sabharwal
The author is chairman, Teamlease Services