Those who questioned GDP data owe apologies to CSO for doubting its authenticity & the integrity of the statisticians. 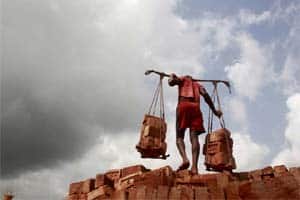 The government will release the growth numbers for the fourth quarter and the full year next week. (Reuters)

Ever since the new GDP data were released in January 2015, most economists, government and otherwise, have been more than sceptical. While everyone knows that there are errors involved in GDP data of any country, and particularly of emerging economies, this was the first time, in my experience, any serious objection was raised to the credibility of Indian GDP data. With the release of the advance estimates of GDP for FY16, which showed GDP growing at a 7.6 % rate, the crescendo of criticism has reached new heights.

I will show below that this criticism and/or scepticism is completely unwarranted, and that those who have seriously questioned the GDP data owe apologies to the Central Statistical Organization (CSO) for doubting the authenticity of the data, and the integrity of the statisticians.

Let us first start with the facts. The setting up of a GDP review exercise in India (under the “guidance” of the UN and the IMF) is a pre-planned exercise and conducted every decade or so with important emerging market economies. This exercise, reported in January 2015, showed India to have grown faster than previously believed in the two fiscal years, FY13 and FY14.

In May 2014, India had a national election in which there were only two “themes”—first, high inflation and low growth, and second, corruption. The Congress was not only defeated, but defeated by gargantuan proportions. One of the “major” results of the new GDP series was that growth in the year preceding the election, FY14, was jacked up from a previous 4.7 % estimate to a respectable 6.9 %! This could not be possible, the GDP critics argued, because if it had been the case, the UPA government would not have lost or lost so horribly. To super-impose one’s past expectations of elections, on past GDP data, is an exercise in biased futility.

There are four, three of which are inter-related, reasons for the creation of the Doubting Thomases with respect to the Indian data. The first two relate to China’s economic growth. First, Indian growth could not be just inches below China, it had to be several feet below. Second, India couldn’t, by definition, grow faster than China. There has been a rapid decline in China’s GDP growth rate, from double-digit levels which prevailed for thirty-two years (1980-2011), to a sudden drop in both 2012 and 2013 to 7.7%, and 7.3% in 2014, and now 6.9% in 2015. The new GDP numbers for India are 6.9% in 2014 (below China’s) and 7.6% in 2015 (way above!). Hence, the only “safe” conclusion was that the data were not telling the truth.

The third important reason for doubt was purely “political”. It was that PM Modi, as part of his Make-in-India campaign, and as part of electoral politics, was very keen to “boast” that India was not only growing faster than under UPA, but also growing faster than China! Hence, the CSO was being told, according to some doubters, and in that ever so conspiratorial way, to massage the data. (Tangentially, Amartya Sen mistook an argumentative Indian for a conspiratorial Indian!)

There is a fourth reason for doubting the data—and this is entirely unrelated to the above three. And this might be the most important explanation. It is that the world, (and India is part of this world), has been gripped in deflation, or at least declining inflation, for quite some time now. China just posted declining producer prices for the 47th consecutive month; India’s own WPI has been declining for 15 straight months.

According to inflation, as revealed by Indian GDP data, the deflator (implicit price index) was a low 3.6% in FY15, and an even lower, and historical (never before in Indian economic history) negative 1.0% for FY16. Given this fact, herewith some strong evidence that GDP growth for FY16 may even be higher than that claimed by the CSO.

Nominal non-food bank credit has been creeping up from a real 9% level in the first three quarters of FY16, to now double-digit 11%-plus growth. This puts real credit growth in Q1FY16 as the eighth fastest rate in the last nine years and the highest rate since Q2FY11.

Next is real oil consumption. We have all been so blinded by the declining oil price, that from a growth point of view, we have missed an important fact—that quantity of oil imports are up a healthy 8.3%. This is the seventh highest April-December rate since the beginning of the high growth period in FY04, and near identical to the average growth rate of 8.5% for the same period.

None of these statistics however are convincing for the real doubter as an economist personified by the following comment—“But look at zero growth in corporate profits and CSO (and you) are telling me that GDP growth in manufacturing exceeds 9 % for the April-Dec. period. Your joke is not even funny”.

The Wall Street Journal, in an article dated February 10, 2016, boldly headlined “India might be overstating growth”. The article asserted that growth was “nowhere near as strong as the data suggest [7.6 %]” … that other performance indicators were still struggling to gain momentum. “The government made some major changes in the way it measures GDP in January last year, which resulted in a bump in growth rates and presented a much rosier economic picture.”

A major item on everyone’s list (excluding the lazy economist’s citation of low export growth—again, an item messed up by disinflation) is that manufacturing is much weaker than what the data indicate. Prior to GDP revisions, India relied on the Index of Industrial Production (IIP) to estimate growth in manufacturing. With the GDP revisions, the CSO has moved to the ministry of corporate affairs (MCA) balance-sheet database for an aggregate of over 500,000 companies (versus a few hundred contained in the IIP data). Surely a big improvement in coverage.

However, and to date there is no explanation for this (and I believe there cannot be an adequate explanation)—the CSO has refused to release these data. Unless the MCA database is released, regardless of the evidence, the CSO data will be (correctly) treated with suspicion: Hah, you are not releasing the data because you have something to hide!

The IIP data shows a 3% real growth for manufacturing for April-December while the CSO data suggests that real growth was 9.5%, and nominal growth at 8.1%. Growth in value added is what the GDP accounts measure—and nominal value added growth is approximately equal to a weighted average of profits and wages. Labour compensation accounts for a significant proportion (almost 90%) of total output, and this has grown at an 8.5% rate in FY16; median profits for a sample of 120 manufacturing companies (BSE 500) rose by 18%. This suggests that value added, in nominal terms, has grown at a 9.5% rate.

So, we close this discussion with two pleas. First, the CSO should release the MCA database. Second, that harsh critics of the “new” GDP data should tender an apology to the CSO.