Clues to crack the COVID-19 puzzle

However, these measures tell us how well a test behaves in a group of persons, not particularly about the individual being tested. 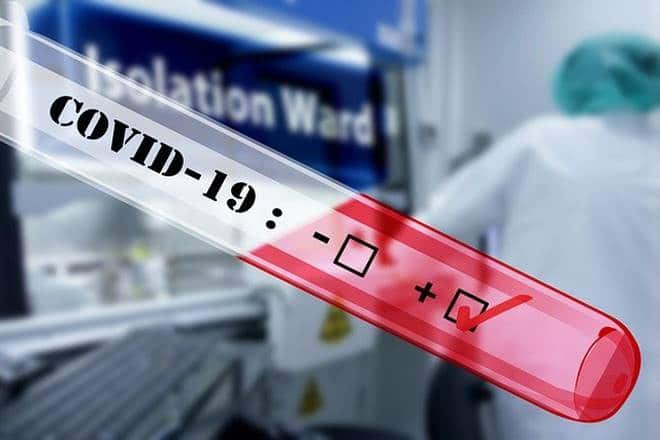 The gold standard can be a technically more advanced test, a clinical construct of several features, or even the pathological findings at autopsy.

“Two cases, recently discharged from a Noida hospital on Friday, readmitted after third sample tests positive”, screamed the headline as I surfed the net for COVID-19 news on Monday, the 20th day of lockdown. Why the discordance? Another news item informs me that in South Korea, which had declared victory with widespread testing, over 90 ‘cases’ deemed to have fully recovered from the infection were now manifesting the infection. Was it due to ‘reinfections’, ‘reactivations’, or ‘false positive’ test results in the first instance leading to wrong labelling? It could be any of these, but let us look at testing.

With the high-pitched demands for increased testing, the media and public alike have come to believe in testing as an infallible instrument of diagnosis, whereas virtually no single diagnostic test is—most have some ‘false positives’ and ‘false negatives’ compared to the gold standard of the time. The gold standard can be a technically more advanced test, a clinical construct of several features, or even the pathological findings at autopsy. If we don’t want to miss out on a dangerous disease, we choose a test with very few false negatives (high sensitivity). In dealing with diseases carrying high stigma, or treatments having high toxicity, we choose tests that have very few false positives (high specificity).

However, these measures tell us how well a test behaves in a group of persons, not particularly about the individual being tested. If there is low probability of the disease in a person, the chances of a false positive result are higher than in a person where the disease is more likely to have occurred. If a person with high risk of exposure to a virus shedder (like a healthcare provider, or a returning traveller from a highly affected country) is tested, the probability of a false positive test is lower than that in testing a home-bound person with no history of viral exposure and no clinical symptoms. If we test a large number of persons in an office full of asymptomatic persons, “just to be sure”, we will get more false positives than true positives. South Korea had testing on demand, even for persons with a low prior probability of viral exposure.

The way samples are collected, and tests conducted, also matters. The intervals between the day of sample collection, that of initial exposure to a virus transmitter, and to later onset of symptoms often influence the viral load and the test result. The antigens detected by virus detection kits are expressed only when the virus is actively replicating—the concentration of the virus in the collected sample matters. If the concentration is sub-optimal, a false negative may obtain. Rapid kits for home diagnostics also have a problem—their sensitivity varies between 34 to 80%. In the Noida cases, faulty timing, or poor technique of sample collection could have contributed to the false negatives.

So, the lessons for viral antigen testing are: (1) We get the best technical result when we test in the early days of active infection, during a period of active viral replication, collect the sample in a manner that assures adequate viral mass, and test it in a reliable laboratory, using standardised methods; (2) we get the best public health and clinical management result when we triage the performance of the test, and interpret the result in the context of exposure information and clinical symptoms, using a composite diagnostic construct. Since some of the infected persons may indeed be truly asymptomatic, and can possibly spread, random surveys of the population will tell us how big a problem this is in a given population. Given the high probability of false positive results in such persons, corroboration may be sought through later antibody tests, which reveal whether the body has built up an immune response to the invader, suggesting the earlier result was a ‘true positive’. There is some concern even here about the cross-reactivity of these antibody tests with other coronaviruses.

Given the riddles around the tests, and the frustration at lockdowns and social distancing, there is a school of thought that proposes that we open up, and move freely to let the virus infect a majority of us, thereby developing herd immunity through natural exposure. This school espouses the philosophy that what cannot be cured must be endured. The economic and social costs of lockdown, and the impracticality of social distancing in slums and other low-income communities, add to the weight of this argument. How will we do that in crowded schools and colleges, or the mass markets of India? So, the argument goes, let us bite the bitter pill (not hydroxychloroquine), and bravely expose ourselves to the virus, gaining salvation and safety through ‘herd immunity’.

What is herd immunity? When the majority of a stable population (55-70%) is infected, the virus is eliminated from their bodies, and they can no longer infect the remainder of the population. Richard Cash, a professor at Harvard School of Public Health, argues that this is a misnomer, and prefers to call it ‘herd protection’. That is because the unexposed member of the herd himself has not gained immunity, and can be infected if he travels to mix with another herd that has not yet gained that level of protection. In India, countrywide herd protection will take a long time.

Also, at what human cost? Even if 1% of the 60-70% infected die, the number of deaths will be huge. About 15-20% of those who survive would have experienced a severe illness requiring hospitalisation. Further, the surge of cases is sudden, and not a slow march, as we have seen from the collapse of even better-equipped health systems elsewhere due to overwhelming. Even now, our healthcare providers are overworked, overexposed to the virus, and falling sick in unacceptable numbers. This attrition will also affect healthcare for other disorders. To borrow a phrase from boxer Muhammad Ali, this fast-moving virus ‘floats like a butterfly and stings like a bee’. Should we subject more than half of our population to the lottery of who will die, or get very sick, to offer some others the circumscribed benefit of herd protection? Even if we have to do so, let us do it at a pace that will greatly reduce the risks.

We must use staggered release from lockdown, and regulate the progressive exposure to the virus to achieve herd immunity over time, rather than adopt an insouciant ‘let us get on with life’ approach. These are testing times, but not times for casting our health workers and vulnerable groups into the lottery pool of who will suffer, who will survive, and who will walk free with gifted herd protection.

The writer is President, Public Health Foundation of India. Views are personal