Improving river water quality has been a political priority over the years. But what cannot be adequately measured, cannot be improved. 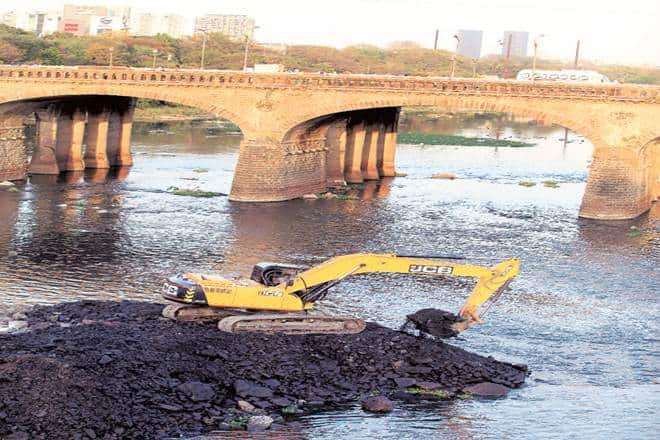 Conventionally, water quality is measured by collecting grab samples and testing them in laboratories.

It’s not just India’s air that’s choking; the water is getting toxic as well. It is estimated that about 70% of surface water is unfit for consumption. The most marginalised drink and use this water for their daily needs. In fact, every day, almost 40 billion litres of wastewater enters rivers and other water bodies, with only a tiny fraction being adequately treated.

A recent World Bank report estimates annual costs associated with water pollution, sanitation and hygiene at about `470-610 billion per year—most of which comes from the cost of diarrhoeal mortality and morbidity of children under five, and other population morbidity. In terms of ecological impact, India’s national aquatic animal, the Ganges River Dolphin, has become an endangered species due to pollution. Despite its severe implications, there is no comprehensive programme for monitoring river water quality in real time.

Changing the game
Conventionally, water quality is measured by collecting grab samples and testing them in laboratories. Even though this may be a robust method, it has limitations: obtaining results takes time, it is expensive on a per sample basis, and also prone to human errors at various stages. On the other hand, sensors that can monitor water pollution in real time can furnish quick and reliable data for policymakers to act upon. Such sensors, when taken around on boats instead of fixing them to specific locations, can provide a comprehensive picture of the health of a river by gathering multiple data points in a given area rather than relying on a single-point measurement.

Rivers are dynamic ecosystems. They require continuous monitoring and near real-time data availability to ensure effective and holistic decision-making. But that’s not necessarily the common practice in India. For instance, the distance between two consecutive stations—one near Raebareli and the other near Allahabad—being currently monitored on River Ganga by government agencies on a monthly basis, is about 80 km. Owing to lack of data in this 80-km stretch between the two stations, one may lose out on information about any contaminants entering the river through industrial waste, municipal sewerage or agricultural field discharges in between these two stations. They add to the total pollution load in the river, but can go unnoticed since their effects could die down by the time the river reaches Allahabad.

Today, there are initiatives that use sensor technology to map river pollution hotspots in similar stretches in India to present policymakers with evidence to design interventions. To gather data, boats, with automated sensors attached to them, are taken around sites of interest on a regular basis. By pinpointing sources of pollution, identifying safe bathing ghats and quantifying pollution load entering the river, this approach can help regulatory bodies and other stakeholders.

Disseminating data
While collecting reliable and accurate data is essential, disclosing data to public in easy-to-understand formats is necessary to enable end-users to act upon it. Geotagging all data points helps in superimposing data on technical water parameters data on, say, Google Maps. Further, colour coding the scale for these data points helps create heat maps that can pinpoint any pollution sources entering the river. Such visualisations can equip citizens with information to influence policymakers and play a crucial role in monitoring their local environment through community-led initiatives.

Helping public policy
Lack of high-quality data has been an obstacle for effective regulation of water pollution in India. Due to staffing constraints, manual inspections, which can often be manipulated, are carried out only a few times a year and that too only in a few places. Real-time monitoring of long stretches of water bodies can make reliable and accurate data available to regulators, and disclosing the data to public in real time have the potential to vastly improve regulation and enforcement. Existing research shows that disclosing data to public has many additional advantages. Such disclosures create competition among industries on environmental performance. In fact, civil society groups, common people and investors nudge polluters towards acting responsibly.

Cleaning India’s rivers has been a political promise for long. To make it a reality, it’s time to raise the game with better water quality data and transparency measures.