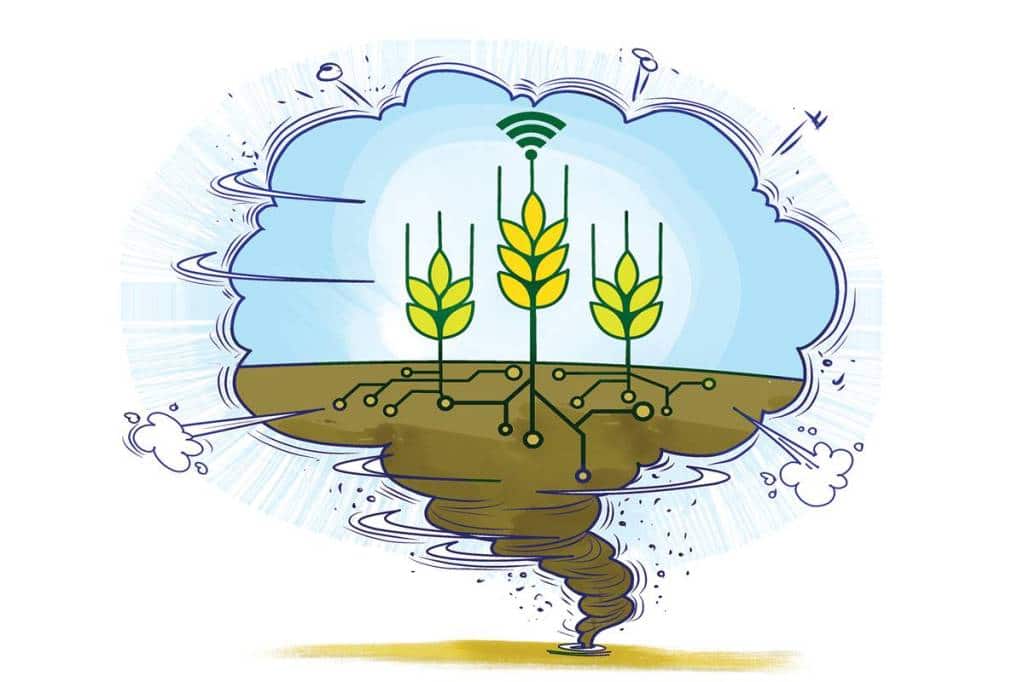 The mobilisation of Punjab farmers against the new farm laws that intend to make agriculture more market-oriented might give the impression that Indian agriculture is stuck in the past. Here are protestors who are agitating for assured procurement and prices, and for the primacy of trading platforms instituted to address the problems of the 1960s. With changing diets, there is higher growth in foods that provide proteins and other nutrients, and not just calories. But agitating farmers seem not to want to shift out of low-value cereals.

Given the length of the agitation which began after the laws were enacted in the middle of September and the extent of mobilisation, it is hard to dismiss the concerns of farmers. There will be resistance to wrenching change and disruption of settled lives. This is one aspect.

It is hard to talk of farmers as an undifferentiated mass, says Mark Kahn, Managing Partner of Omnivore Partners, which has raised Rs 961 crore in two rounds and invested in about 25 start-ups over eight years. There are progressive farmers who are working on crops that are demand-driven. “Digital transformation is happening now; with 4G, it is being transformed,” says Kahn who has been involved in Indian agriculture for 15 years, six of these at Godrej Agrovet.

Like the Punjab protestors who are blaming the news media for keeping their agitation hidden from public view till they hit Delhi, Kahn faults ‘lazy’ journalists for repeating the “narratives of gloom and doom.”
Some of the services that Omnivore finances are commonsensical, but would not have been possible without digital technologies. In August, Arya Collateral Warehousing Services launched A2ZGodaam.com, an online directory of private warehouses in the country.

Prasanna Rao, managing director and CEO of the company, said at the launch event that the country has 143 million tonnes of storage capacity, but users find it hard to locate warehouses because these are not visible. The portal was an attempt to ‘democratise’ warehousing. The godowns are searchable across many parameters like lease rental, insurance status, accreditation for warehouse receipt financing, banks that will lend against the receipts, distance from regulated market yards or railway sidings, the availability of fumigation services, and so on.

Earlier, in these columns, I wrote about Bijak, an online trading platform mainly for fruits and vegetables that enables remote transactions between buyers and sellers without prior business relationships. Using algorithms and rankings, it incentivises trust by driving business to suppliers who deliver as per specifications and buyers who do not default on payments.

Stellapps Technologies strives to improve milk productivity, quality and safety with devices on cows and cans and at collection centres, bulk chilling points and processing centres. Analysis of data thrown up by these devices helps in inseminating the bovines at peak ovulation to minimise failed attempts. Sitting and standing patterns throw up information for diet management. Other prompts alert the managers about infections and the use of antibiotics. Instant fat analysers enable prompt and accurate payments to milk suppliers.

CEO Ranjith Mukundan is an electronics engineer with an advanced degree in software and telecommunications but no prior experience in the milk industry. “We want to be the Google of dairying,” he asserts. Stellapps, according to Mukundan, provides services to dairies that have 2.5 million animals between them.

Doing something similar in aquaculture is Eruvaka Technologies, a Vijayawada-based start-up. The company helps in remote monitoring of shrimp ponds. It claims to have proprietary software which helps automate the feeding of shrimp and prawns by analysing a unique sound they emit when hungry. Monitoring the temperature of water and its dissolved oxygen content are among the suite of services it provides.

But for the full promise of digital technologies to be redeemed, farmers must be receptive to these technologies. Surendra Bahadur Singh, who is promoting cooperative dairying in Uttar Pradesh’s Jalaun district, says about 50% of the 12,000-odd milk farmers he is working with have refused to part with their bank account details, fearing they will be taxed or their savings will be stolen. He says this prevents his dairy from implanting something as basic as online payments. Singh had spent his pre-retirement career in Gujarat’s Vasad and Navsari, teaching dairying to tribal farmers who were ignorant of the art.

Will digital technologies attract the youth back to farming? Kahn says the children of farmers will be pushed away from it as their parents don’t want them to relive their experience. The start-ups he funds have been mainly set up by entrepreneurs from smaller towns whose grandparents were farmers. “They want to innovate for rural India.” He believes agriculture is a crowded space and people need to be moved out of it. Kahn has strong views on agriculture policy. Input subsidies and pricing interventions have trapped farmers in poverty, he says. Direct cash transfers and free pricing of inputs would make agriculture more efficient.

Kahn thinks that agriculture can create a lot of jobs if allied activities such as food processing are encouraged. According to him, India should aim at $100 billion in agricultural exports over the next few years, a three-fold increase from the current level. Farmers’ producer companies can help make a difference, he says, provided they get access to a pool of talent trained in managing them.

The author blogs at http://www.smartindianagriculture.com