State-driven policies will seek to rectify perceived economic excesses. China understands the importance of free market up to a certain degree, as also the long-term detrimental impacts of market failures create even more governance challenges in the long run 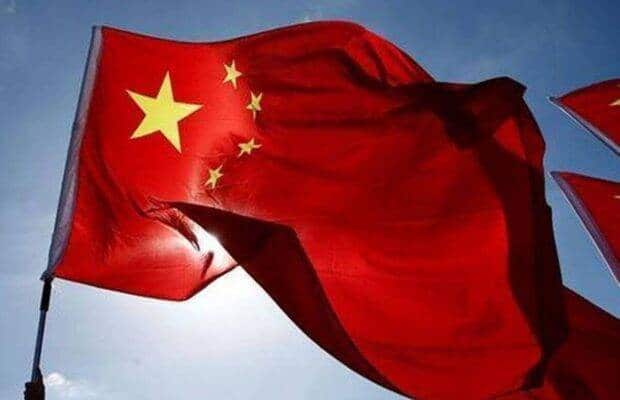 Based on our understanding, China increasingly views predominance of financial sector in an economy is a result of excessive expansion of capital.

China knows well from her decade-long experiences that trade generates wealth. Even though trade war with the US alerted it to the importance of achieving self-sufficiency in energy, food and technology, it is not turning away from free trade. In fact, the opposite is happening as evidenced by China’s application to the CPTPP (Comprehensive and Progressive Agreement for Trans-Pacific Partnership). China is open to negotiations on industrial subsidies, the role of state-owned enterprises, environment and digital economy in order to get in. Barriers for foreign investment under negative list will be reduced, and gradual foreign investment in telecommunications and healthcare related sectors is welcome. It went as far as easing rules that once barred foreign companies from participating government procurement deals, under the conditions that the products must be made in China. The absence of the US, alongside presence of Singapore, New Zealand and Malaysia, should raise Beijing’s chances of admission. After all, the exclusion of China from the CPTPP will lessen the scope and depth of business opportunities substantially.

At this point, the size of it is not even half the size of the RCEP. The common prosperity concept thus extends to trade partners, particularly to ASEAN economies as China’s total trade with them has been expanding fast, already surpassing the US and the EU since 2019. China’s imports from ASEAN amounted to $301.3 billion in 2020, almost double the figure a decade earlier. Imagine the expansion in total trade value after RCEP members tear down import tariffs to zero in the next few years. China will be able to share inclusive economic benefits multilaterally with RCEP members.

China understands the importance of free market up to a certain degree, as also the long-term detrimental impacts of market failures create even more governance challenges in the long run, especially unrestrained ascendance of property prices. For instance, condominium prices in the affluent part of Shenzhen are now 57 times average annual income. Such abnormalities are often the result of moral hazard in the formulation of monetary policy.

Although the recent deceleration of economic activities would normally call for steady rate/reserve requirement ratio cuts, the stance of the PBOC has been restrained hitherto despite the potential collapse of Evergrande. The scale of liquidity injection to the financial systems to calm the market is not particularly large relative to previous event risks. Net injection through Open Market Operation only reached RMB 550 billion since late August. Such an approach is vastly different from the past. From now on, investors should not assume central bank will always loosen the tap. That is not to say it will do nothing but “context” matters very much in decision making. Magnitude will likely be measured and gradual when actions are taken.

As a result, the stance of monetary policy in 2022 will likely remain neutral even though economic growth will decelerate further ahead alongside a consolidating property market. Monetary policy should not be run contradicting to deleveraging goal. Overall property prices will likely consolidate further next year.
There are intelligent policy/institutions designs that safeguard the long- term stability of Germany that are consistent with China’s “common prosperity” ideology.

There are reasons why the German model has strong appeals to China. First, the financial system is dominated by state banks, with credit union and commercial banks coexisting. Second, the manufacturing sector in Germany is much bigger than the banking/financial sector. Third, Germany is an export-led economy similar to the Great Bay Area in Guangdong.

Based on our understanding, China increasingly views predominance of financial sector in an economy is a result of excessive expansion of capital. Since the Global Financial Crisis, the share of finance as percentage of GDP rose from 4.0% in 2006 to 8.3% in 2020. As a result, the long-term goal is to “scale down the relative importance of services sector (financial Sector in particular), and upsize the economic contribution of manufacturing.”

Another observation is the conversion of Tier 3 universities in China into vocational/technical training schools beginning this year. Students who cannot pass the Nationwide Unified Examination for Admissions to General Universities and Colleges will automatically be enrolled in vocational training school for industrial specialist trainings. In Germany, only 18% of students pursued a university degree, whereas the rest all went to technical schools.

That said, there are vast differences between China and Germany too. Services sector in Germany represents 69% of GDP, lower than the US’s 80%, but much higher than China’s 52%. Per capital income of Germany was $52,000 given a population size of 83 million. To compare, China’s per capita income is only $11,000 with a gigantic population of 1.4 billion. There is no way to completely replicate the German model given vast differences in culture, history and industrial structure.

The departure of Beijing from the Anglo-Saxon model has probably already begun. The market shall prepare fundamental adjustments on many fronts ahead.