If subsidies given to farmers by the states are subsumed, this cost could fall. But, even if the subsidies continue, this amount isn’t very different from what the government would likely incur as the cost of a price-support scheme. 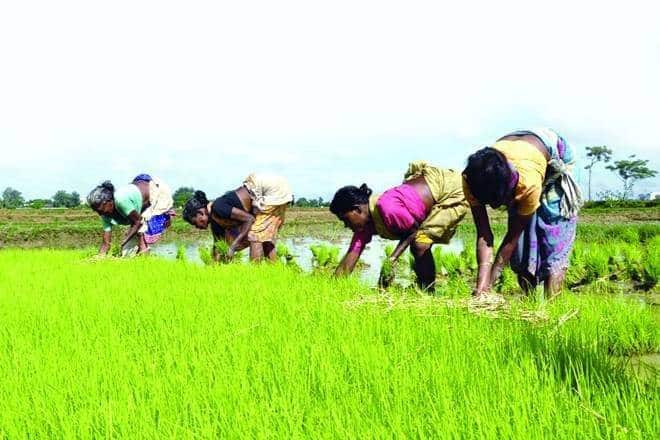 A much better way to support farmers will be to offer direct cash support for costs, instead of one based on prices.

The Commission for Agricultural Costs and Prices (CACP), in recommending a price deficiency payment scheme (PDPS) for commercial crops like oilseeds, cotton, maize, etc, that have “no assured/established mechanism for liquidation of stocks”—public procurement at MSP, that is—seems to have learned little from Madhya Pradesh’s Bhavantar Bhugtan Yojana fiasco. The state had to bin the Bhavantar scheme because it was quite prone to gaming. Indeed, given how few mandis are competitive, traders, once they got to know that they stand to benefit from lower mandi prices, cartelised to push it down to increase the differential with the MSP, in kharif 2017. Farmers, it is alleged, were willing participants for a cut. Madhya Pradesh, where the prices are already generally lower than other states, simply couldn’t afford to pay the MSP-differential that cartelised mandis managed to create. To be sure, the CACP proposes that the modal/floor price after which the scheme kicks in, be fixed on the basis of price trends over the last four-five years with strict adherence to fair average quality.

In addition, it recommends that farmers be encouraged to hold on to their produce in accredited warehouses and be provided loans against warehouse receipts to avoid the typically-low prices at harvest-time. Such farmers will also get PDPS benefits if the market price at the time they choose to sell is below the MSP. These measures may seem like a safeguard against the Bhavantar loopholes, but are hardly so.

Indeed, mandi cartelisation to game the scheme may be easier at harvest-time, but can’t be ruled out entirely at the time farmers want to offload stocks. As for the average price-check, mandi cartelisation, again, will be a hurdle, since if traders are unwilling to pick up the stock at a price approaching the floor price, farmers are stuck. Not only will they have to sell the produce at a low price, but will not be able to benefit from PDPS because the selling price doesn’t meet the floor price criterion! Indeed, if the government intends to ensure that such cartelisation doesn’t derail its PDPS, it will have to keep a check on every single mandi in the country.

A much better way to support farmers will be to offer direct cash support for costs, instead of one based on prices. Telangana’s Rhythu Bandhu and Odisha’s Kaalia are both good examples of this. According to Icrier professor Ashok Gulati, a `10,000/hectare cash subvention will cost `1.97 lakh crore across the country. If subsidies given to farmers by the states are subsumed, this cost could fall. But, even if the subsidies continue, this amount isn’t very different from what the government would likely incur as the cost of a price-support scheme.

This will benefit farmers without distorting farm practices and the chances of traders manipulating the scheme, at the cost of both, the farmer and the consumer, are eliminated. Given how the per-acre cost support doesn’t interfere with the market, it doesn’t affect the competitiveness of India’s agri-exports while remaining WTO-compliant. Indeed, if the government were to liberalise agri-exports while moving to a cost-support scheme for the farm sector, farmers will benefit far more than from a price-support scheme prone to rigging.