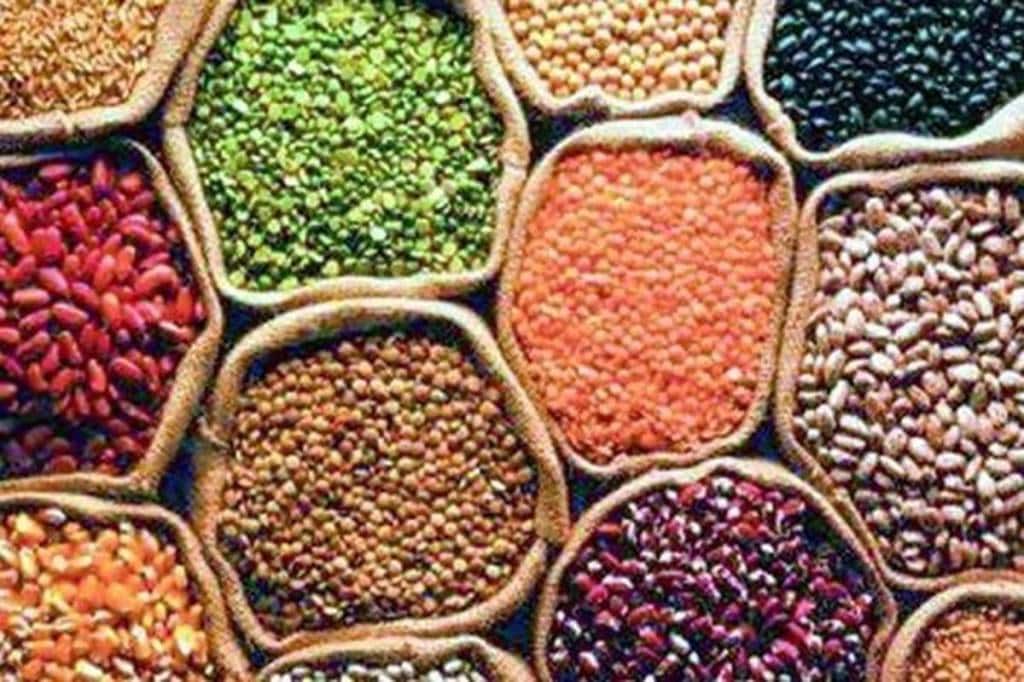 Two back-to-back deficient monsoon years (2014-15 & 2015-16) resulted in sharp fall in production of pulses in the country—16.32 million tonnes (mt) in crop-year 2015-16, the lowest in the decade. In October 2015, tur or arhar dal retail prices rose to a record Rs 200/kg because of a huge demand-supply gap. All the other pulses, including chana, moong and urad saw a spike in prices.

The government increased the Minimum Support Prices (MSP) for pulses and stepped-up imports to control prices. India signed an MoU with Mozambique for importing pulses over the next five years. The government also created a 2 mt of buffer stock of pulses, under the Price Stabilization Scheme. The purpose was to ensure stability in prices as well as provide MSP to farmers under the Price Support Scheme (PSS)—specifically meant for pulses, oilseed and cotton growers.

A buffer stock of 2.05 mt was built mainly by Nafed, along with Food Corporation of India and Small Farmers’ Agri-Business Consortium by 2017-18. There were imports of pulses by the MMTC and STC, to the tune of 3.79 mt. Subsequent years witnessed a significant jump of pulses production by more than 55% (see graphic).

Also Read
Understanding the four Vs of operations management – volume, variety, variation and visibility
A carbon market for India

Between 2014-15 and 2019-20, Nafed procured 7.63 mt of pulses under MSP/PSS, from more than 38 lakh farmers. Release from buffer stocks in the open markets—Nafed has been carrying this out—have helped moderate market prices.

However, the disposal of the large volumes of procured stocks of pulses under the Open Market Sale Scheme (OMSS) by Nafed faces a significant challenge, particularly in depressed market conditions. Unlike oilseeds, pulses are prone to infestation during prolonged storage; thus, timely disposal of stocks assumes significance. The average price recovery in the disposal of PSS stocks under OMSS by Nafed has been even less than MSP (see graphic). It is established that the market price continues to prevail at a much lower level than MSP. Traders and processors, who earlier used to buy pulses directly from the farmers, now wait for the Nafed’s OMSS.

“Stocks of pulses and oilseeds procured under PSS have continued to pose a problem of disposal for Nafed as stocks are sold at a discounted price, well below the MSP. As a result, it depresses market prices and discourages the private sector to procure directly from farmers”, the Commission for Agricultural Costs and Prices (CACP) says in its ‘Price Policy for Rabi crops for the marketing season (2021-22)’ report.

CACP observed that disposal of pulses procured under the PSS by Nafed has been a challenge as the federation incurs heavy losses in the open market, and sale of stocks depresses market prices. “There is a need to formulate a policy for the sale of pulses stocks like wheat and rice. Distribution of pulses under Pradhan Mantri Garib Kalyan Anna Yojana (PMGKAY) to about 19.5 crore households is a welcome step and will help in disposal of stocks without depressing market prices and also address the issue of malnutrition”, CACP has observed.

More than 1.2 mt of pulses (1 kg of free pulse to each household) were distributed under PMGKAY to those covered under the National Food Security Act, in April-November, 2020. Previously, the department of agriculture had implemented a pilot scheme over October 2018-September 2019, where Nafed offered states pulses at a Rs 15 discount per kg over the issue price (market price of raw material). The aim was to ensure pulses to poor people at affordable rates and reduction of the sale of pulses under OMSS by Nafed, which often brings down the mandi prices of the freshly harvested crop, hurting pulse-farmers. More than a million tonne of pulses were allocated to states under this pilot scheme.

“The pulses production in the country has increased significantly in the last five years. We need to leverage this for supplying pulses through PDS to provide nutritional security to masses”, Sanjeev Kumar Chadha, managing director, Nafed says. Currently, pulses from Nafed’s buffer stocks are being supplied to meet requirements of the school mid-day meal, ICDS nutritional support and the food stock earmarked for the army and central paramilitary forces.

However, the government must consider proposals to include pulses under the Public Distribution System for ensuring nutritional security to a large mass of people without impacting the market prices.

Delhi-based writer on agriculture and food security. Views are personal