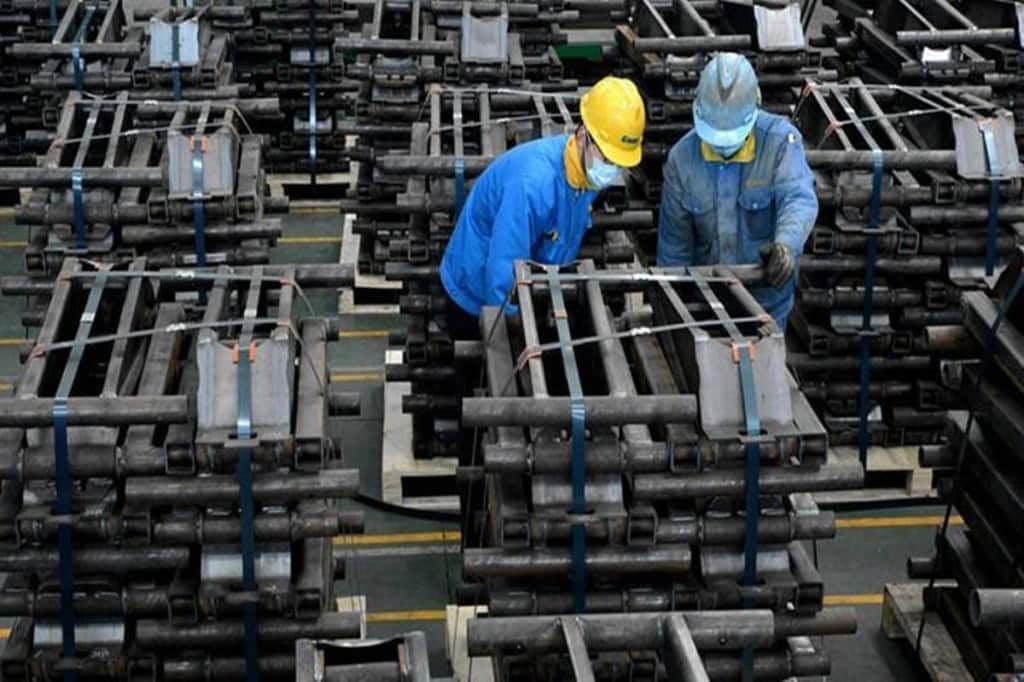 A work-based credit system, together with the recent announcement to set up Mega Integrated Textile Region and Apparel (MITRA) parks, will be a promising step for upliftment of textile workers.

By Anjali Tandon
The Union Budget offers a basket of measures to bring the economy back on track. Two thrust areas are atmanirbharta and infrastructure development. Both will support growth and push forward the agenda of job creation. While not discrediting the employment effect, it is equally important to review the prevailing income levels of workers, more specifically wage rates (a preferred measure of the wellbeing of a large share of population that solely depends on wages).

Here, it is crucial to note the unusual behaviour in India’s labour income share vis-à-vis that of peer economies. The latest ILO data shows a declining share of labour income in India’s GDP, from 56.8% in 2010 to 49% in 2017. The dive-down places India lowest amongst BRICS economies, the US, the UK and the world level. However, wage share in labour income (emoluments) has been stable around 94-97% in the non-factory sector, or has increased from 68% during 2000 to 74% during 2015 in the factory sector. This underscores increasing importance of wage earnings.

In the past, income transfers and a progressive tax structure have been used to balance inequalities.

But a more stable mechanism is required to lift-up low-wage workers. Often, higher wage rates are attributed to education levels while ignoring inter-industrial disparities in wage rates of similar workers. Monthly wage rates have been the lowest in food processing, textile industries and wood products; wage rates in refined petroleum products, electrical equipment and transport equipment are on the higher-end. The industry-level differences have persisted over time as observed in a research at the Institute for Studies in Industrial Development sanctioned under the IMPRESS scheme of the MHRD.

Traditional explanations for differences relate to worker productivity and capital-intensity; but also relate to worker mobility and casual/seasonal/non-perennial nature of work. One way to counter proliferation of low-wage employment can be to improve inter-industry worker movement through better worker adaptability. During transition to another industry, a worker is less informed about the potential wage rate, limiting the ability to bargain based on past work.

Thus, convergence in wage rates could be inhibited by inter-industry movement of workers due to information asymmetry. Also, migrant workers generally have a priori less information on the job profile, resulting in under-payment. Another plausible reason is the casual nature of employment. The seasonal nature of employment prevents workers from taking advantage of their work experience when they return for work in the next season. NSS data confirms high proportions of non-perennial employment in industries including food processing (6.1%), beverages (9.2%), tobacco products (10.1%), coke & refined petroleum products (26.5%), pharmaceutical products (28.4%), chemical products (5.3%), rubber & plastics (7.8%), and non-metallic mineral products (22%). Worker situation can be improved by accounting for the cumulative work done.

Setting-up a credit-based system acknowledging past job or work, subject to fulfilling criteria, will improve worker welfare. A seasonal worker would then be able to benefit from previous work. A formal mechanism in place will improve transparency in wage setting in the informal sector. This is important as the statutory minimum wage, which is at the lower end, does not take into account the worker experience. The work-based credit mechanism will effectively be an institutional pull towards improved worker wages without having to regulate the job market through full-time or permanent jobs, which tend to be burdensome for employers.

A work-based credit system, together with the recent announcement to set up Mega Integrated Textile Region and Apparel (MITRA) parks, will be a promising step for upliftment of textile workers. While creating jobs, accumulated work-based credits can be instrumental for realising higher wage rates without even transitioning to another industry. It would also improve the predictably of labour supply in the industry. A thoughtful implementation can support worker welfare without being unpleasant for the industry.

The author is associate professor, Institute for Studies in Industrial Development