With confidence that belies his youth, Akshay Bhatia is in a different league from his peers 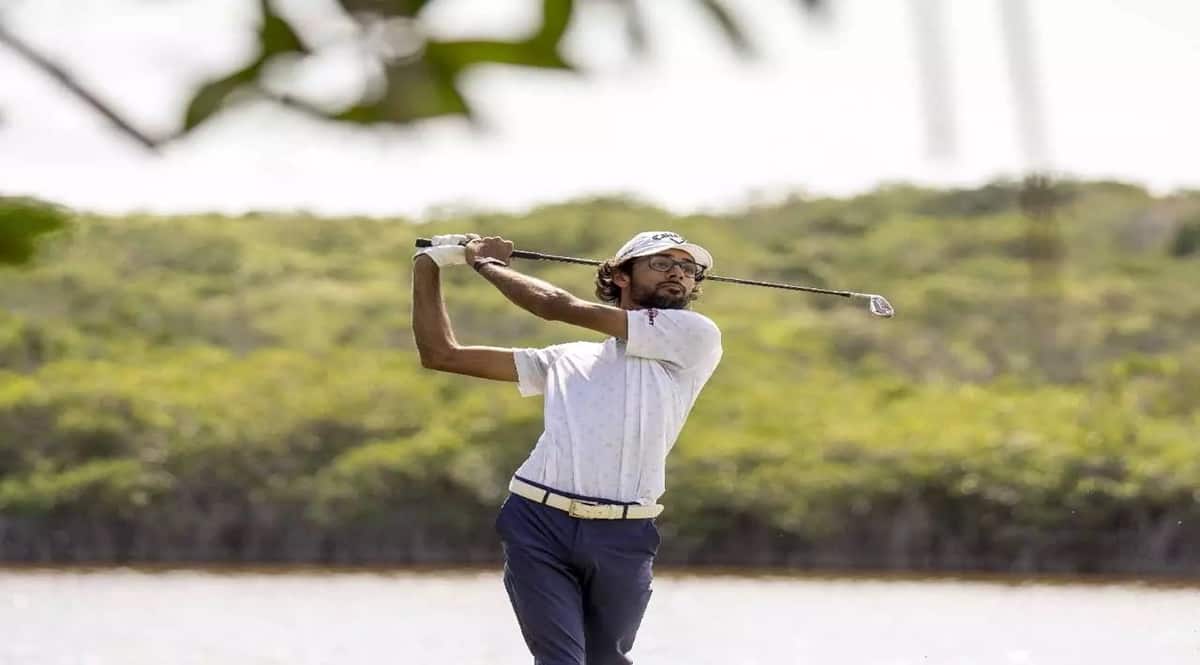 The ball screamed off the clubface, drilling 280 yards low to the ground before magically rising at the very end of its trajectory, before dropping down to the fairway.

Do you remember the first time you saw a professional hit the golf ball? I do, clear as the gorgeous sunny winter day it was: circa 1990, there, on a makeshift range on a fairway at the Meerut golf course, a young lanky Jyoti Randhawa was hitting these ‘risers’ with the driver. The ball screamed off the clubface, drilling 280 yards low to the ground before magically rising at the very end of its trajectory, before dropping down to the fairway. I had never seen anything like it.

Pros are equally susceptible to these moments of awe. Even Randhawa, who, in his day, competed against some of the best players in the world, confided to a fellow player after he’d played a round with Rory McIlroy…”Partner, I got a masterclass in golf today.”

Over the years, following golf events around the world, I’ve seen some spectacular shots but rarely have any evoked the same mixture of wonderment that I felt that first time. In fact the only other shot I remember with the same clarity came in 2011 at the Avantha Masters that was played at the DLF G&CC in the National Capital Region. I was following 19-year-old Korean sensation Noh Seung Yul, who was playing in a three-ball with Sanjay Kumar. On a long par-5, Noh’s drive found a fairway bunker: the play was clearly a lay-up with the wind blowing against the players and the green which was about 245 yards away.

Also Read
Against the grain: Farmers may still be able to export some wheat
Fintech-NBFC ties can boost inclusion
Bridging regulatory gaps for NBFCs
Understanding the four Vs of operations management – volume, variety, variation and visibility

I was the only one following the players that day, and Kumar would occasionally chat with me on the sidelines. Noh had outdriven Kumar by 30 yards, and the Lucknow pro hit his second safely down the fairway. Then he came over to chat and we waited as Noh deliberated over his shot. After changing clubs a couple of times he drew what looked like a long iron (I later found that he’d pulled out a three-iron), a bewildering choice by any standards. As we watched, he proceeded to hit a sizzler that cut through the wind and landed 10 feet from the pin. What I remember most about that day, besides my complete amazement at the shot, was how gobsmacked Kumar was. “How did he do that?’ he mumbled before enthusiastically clapping to show his appreciation. I remember running up to that bunker before Noh’s caddy raked it, just to see what his lie had been like. A clean one it turned out, but not a grain of sand had been disturbed below where his ball had stopped. Noh proceeded to make the putt for a stunning Eagle.

At the press conference post the tournament I asked Noh about that shot and he said something about practising all his irons on the beach at home. Apparently if you don’t catch it clean from the sand, the ball goes nowhere. I remember thinking just how crazy you’d have to be about the game to go on a beach and find a place to safely hit golf balls. No matter how nuts you are about this game, someone else is even more so. And no matter how good you get at it, there’s always someone who’s in a different league from you. I was reminded of that unforgettable shot when I saw Noh playing The American Express event on the PGA Tour this weekend. Now 30 years old, and two years back from his mandatory military conscription, Noh has struggled to regain the kind of form that saw him become the second youngest player ever to win on the European Tour (after New Zealander Danny Lee) when he won the 2010 Maybank Malaysian Open.Lee was back in action at The American Express as well, and none too pleased to find himself as the subject of the most viewed highlight reel from the second round.

Just what is the sadistic pleasure that we weekend golfers derive from watching the best players in the world implode much the way we do? I suppose it’s some consolation that no one, no matter their level of play, is exempt from the cruel vagaries of golf. The hapless Lee was running along smoothly with an Eagle on the par-5, 16th hole before making a critical error on the par-3 17th and ending up with a, brace for it, quintuple bogey. Now I have no idea how Lee felt: for all the terrible golf I’ve played over the past few months I don’t remember making a quintuple. If that doesn’t make us feel good about ourselves and our games then I don’t know what will.

In other news, the brightest Indian-origin talent in the world right now, Akshay Bhatia, won his first event on the Korn Ferry Tour. If you haven’t seen Bhatia in action then I would highly recommend you take a look at his supremely athletic, fearless-only-as-a-teenager-can-be golf swing. Coached by George Gankas, the same guy who has the temerity to coach Matthew Wolff-Bhatia is a force of nature. How long he can keep this free-flowing golf swing remains to be seen: most pros eventually refine their swings to shorter, repeatable actions as time goes on. But you never know — these millennials are different — and Bhatia is no exception. With a confidence that belies his youth, and brimming with confidence, he’s in a different league from his peers. And so it goes, until someone even better comes along.