According to a major study in Lancet, India has made solid progress in reducing deaths from common non-communicable diseases, such as cancer, and heart and lung diseases, but not enough to meet international targets, like the Sustainable Development Goals. 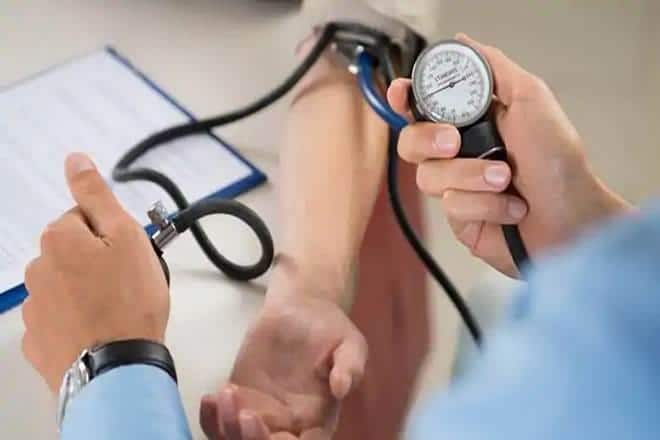 Any medical conditions considered own as pre-existing diseases are covered only after a specific waiting period.

India, like many middle-income countries, is committed to providing Universal Health Coverage. It has made significant progress through the Ayushman Bharat (AB) programme, targeting the bottom 40% of the population; as of September 2019, the government has allocated Rs 6,000 crore, generated 10 crore e-cards, and has empanelled 18,000 hospitals across India. Estimates suggest that already, around 15,000 patients are treated daily.

This commitment will receive further international backing at the UN General Assembly in New York on the September 25, where a new political declaration on Universal Health Coverage will lend international legitimacy to the government’s reforms.

Still, there is a long road before all Indians have access to quality care. According to a major study in Lancet, India has made solid progress in reducing deaths from common non-communicable diseases, such as cancer, and heart and lung diseases, but not enough to meet international targets, like the Sustainable Development Goals. India is also falling behind on maternal and child mortality measures, number of doctors, and hospital beds.

A key issue is availability of medicines. Although India is the third largest producer, by volume, of generic medicines, there are problems with their accessibility. This is true for generic medicines that have long been off-patent, as well as those that have more recently come into the market. Access to medicines stands at less than 35% in many Indian states, with important medicines unavailable in both public and private pharmacies. Newer medicines that could make a real difference to Indian patients are frequently only available in India years after their first global launch, or not at all.

The AB programme is a step toward rectifying this, and so, too, is the recognition that India spends far too little, overall, on healthcare—3.66% of GDP (Centre and states combined) compared to the minimum of 6% of GDP recommended by the World Health Organisation.

There are several low-cost steps the government could take immediately to improve and accelerate access to medicines to reduce non-communicable disease mortality. These involve cutting red tape, taxes, and barriers to trade.

Even with the introduction of AB, 70% of healthcare expense are out of pocket. Anything that needlessly adds to the end price of a medicine constitutes a major impediment to access, yet there exist a range of counterproductive taxes on medicines.

Most obviously, there is GST of 5% on most medicines—an extra 5% from the pockets of sick people. There is also a 12% GST on a wide range of other important medical supplies, including bandages and sterile gauze, diabetic monitoring equipment, photographic plates used in x-rays, and so on.

Even though India is a major manufacturer of medicines, it still relies on imports, particularly for more modern medicines, required to tackle non-communicable diseases. Government actively drives up the price here, too, with a 10% tariff on all imported medicines.

It would be an easy win for the government to abolish GST, and tariffs on medicines and medical supplies. Many countries have unilaterally abolished these tariffs, including countries with large pharmaceutical industries. India can do this too.

In addition to tariffs, there are major obstacles to trade in medicines, particularly at, and behind borders. These so-called Non-Tariff Measures (NTMs) include inefficient customs procedures, red-tape, and hidden taxes. For medicines, they also include burdensome labelling and packaging requirements, the need for importers to have multiple permits and licences, and the requirement that imported medicines pass through specific ports. In India, around 3,958 instances of NTMs were reported on medicines, mainly on account of labelling and packaging requirements.

The time, and effort involved in navigating these procedures add to the costs of trade in medicines, which are ultimately passed on to patients in the form of higher medicine prices. The government, therefore, should look to eliminate as many of these superfluous regulations as possible.

Then, there is the process of bringing a new medicine to India, which brings further delays and costs. A patent has to be examined, and granted before the process of registering, and launching a drug can begin. Due to delays and backlogs at the Indian Patent Office, it takes between five and seven years for a patent to be examined, meaning patients will not access a new medicine until many years after its global launch. To be fair to the government, additional patent examiners have been hired, but more needs to be done to reduce these backlogs.

After a patent has been granted, patients face long waits for new treatments due to bottlenecks in the drug regulator, from which all new medicines must first receive marketing approval before they can be sold to the public. In India, bureaucracy and red tape adds further delays of around 400-500 days, according to figures from the UK’s Centre for Innovation in Regulatory Science.

Some countries have taken steps to reduce drug registration backlogs by entering into cooperation agreements with other mature drug regulatory authorities, for example, Mexico and a number of Gulf states. India has been reluctant to push reform in this area, still not even accepting clinical trials data generated overseas.

These reforms are cheap, easy to implement, and practical. They will supplement the government’s wider reforms of the healthcare system to bring access to all.