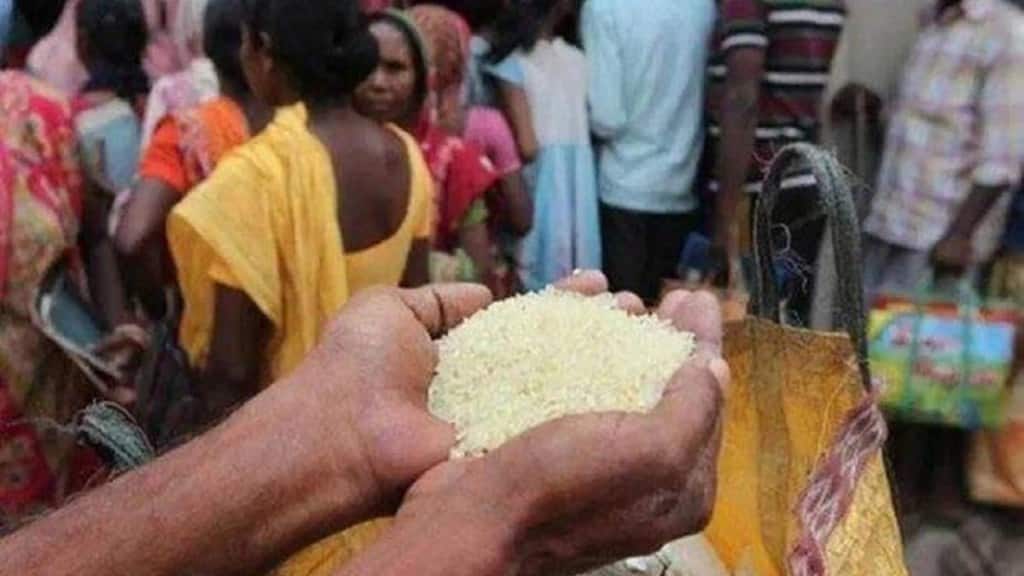 This reinforces the impression that the extension was prompted by the coming elections in key states—BJP-ruled Himachal Pradesh and Gujarat.

The government may term pragmatic its decision to extend the Pradhan Mantri Garib Kalyan Yojana once again given the fears of a grains shortage stoking food inflation. However, the move actually signals how politics has once again trumped economics. It is true that heat-waves and monsoon failure in some states have, respectively, affected the harvest of wheat and will impact paddy output, but the government’s reasoning that there is a need to support “the poor and vulnerable sections of society during the forthcoming festive season” is nothing but glossing over its capacity to sustain such measures. Indeed, the decision is at odds with the finance ministry’s assessment of the situation. In an office memorandum, the ministry has held that “the pandemic has abated considerably” and the distress for which the PMGKAY was rolled out “does not appear to be prevalent”. This reinforces the impression that the extension was prompted by the coming elections in key states—BJP-ruled Himachal Pradesh and Gujarat.

Also, the arbitrariness of a three-month extension shows that the government is finding it difficult to step back from a scheme that was launched in April 2020 and has continued nearly uninterrupted, except for the December 2020-April 2021 period. The finance ministry had even flagged the possibility of the expectation of a ‘PMGKAY in perpetuity’ getting entrenched among the electorate if there are repeated extensions. PMGKAY covers nearly 60% of the country’s population, even though not all in this cohort would be requiring support at such scale. Bear in mind, the free food grains under the scheme come on top of the highly-subsidised food-grains already made available to two-thirds of the country’s population under the National Food Security Act (NFSA).

The extension will clearly be a drag on public finances. At an estimated additional outlay of Rs 44,762 crore, the total expenditure under the scheme is now close to Rs 3.9 trillion. The food subsidy expenditure is expected to cross Rs 3.2 trillion this fiscal, on the back of an additional expenditure of Rs 1.24 trillion on PMGKAY in the April-December period. The government’s original estimate of this bill for FY23 was `2 trillion. With the fertiliser subsidy bill snowballing—expected to more than double from the FY23 budget estimate of Rs 1.3 trillion—the repeated PMGKAY extensions could turn the government’s fiscal maths on its head. The finance ministry has also observed that “already there is a fiscal pressure due to the Russia-Ukraine war, (its) effect on fuel prices, rise in other subsidies, etc”. Against such a backdrop, the extension will makes the government meeting its FY23 fiscal deficit target of 6.4% of the gross domestic product seem difficult.

The government has said that it has enough stock to meet PMGKAY requirements. But, given the procurement calendar for the coming months, a poor harvest of rice could push up grain prices for those who remain outside the NFSA and PMGKAY cover. The government needs to heed sound economic reasoning even if the lure of electoral gains is strong. It must consider a cap on annual food subsidies in the right earnest; the finance ministry, this newspaper has reported, is expected to make a strong pitch for this. Economic costs, against a poor global growth outlook, could translate into political costs far larger than the one from pulling the curtains on PMGKAY.

Follow us on
Latest News
Who is Isudan Gadhvi, AAP’s best bet against BJP as CM face in Gujarat?
Indian Ocean Rim Association seminar on illegal  fishing
Omnicom Media Group India assigned integrated media mandate for Electrolux
WhatsApp launches Communities feature: What is it, how to use, other details | Tech Tips
Third of world heritage glaciers under threat, warns UNESCO study
Vigilance detects 50 more crypto wallets in possession of arrested Odisha engineer
NFO Alert! Axis Nifty SDL September 2026 Debt Index Fund launched. All you need to know
Photos
Heart-wrenching! Here is a look at Morbi and the suspension bridge that collapsed
4 days agoOctober 31, 2022
In Pictures: PM Modi in Kargil to celebrate Diwali with soldiers, says, ‘All of you have been my family for years now’
2 weeks agoOctober 24, 2022
In Pictures: PM Modi inaugurates Deepotsav in Ayodhya; World record set by lighting of over 15 lakh diyas
2 weeks agoOctober 24, 2022
Read More
×
Money over mental health: Are we still prioritising our people?
Protecting competition in the digital space
Data Drive: IT hiring cools
Premium
Need that extra 1%
Troika at the helm of G-20
Does the UN think there are ‘good coups’ and ‘bad coups’?