Atmanirbharta and WTO: India needs to look at larger picture

India needs to revisit its recalcitrance and play a far more proactive role in addressing the WTO dispute settlement crisis. 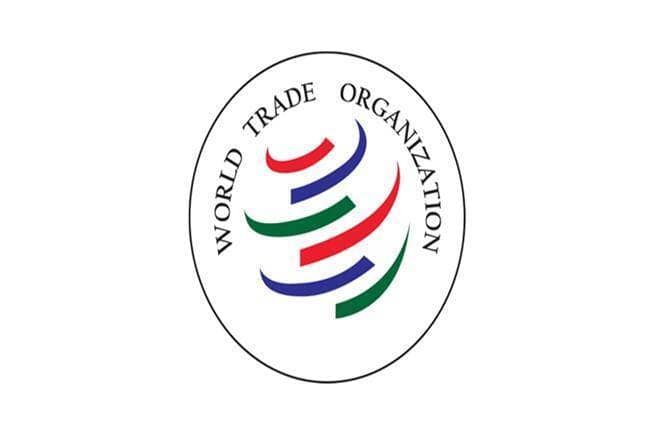 By RV Anuradha
A virus that has connected the world as no other is also responsible for increasingly inward-looking policies. Over the coming months, India, as is the case with many other countries, will be confronted with crucial policy choices in achieving ‘atmanirbharta’, or self-resilience and self-reliance, while at the same time not giving in to protectionism. In doing so, while some rules of trade may inevitably have to be rewritten, it is also important to uphold existing rights and obligations. As an original multilateralist and a founding member of the GATT (General Agreement on Tariffs and Trade) and the WTO (World Trade Organisation), India has a crucial role to play in ensuring that Covid-19 does not render the WTO and its framework of rules redundant.

The WTO’s dispute settlement system, often referred to as its crown jewel, has been rendered dysfunctional since December 11, 2019, as a result of the US blocking the appointment of any new members to the WTO’s standing Appellate Body. On April 30, 2020, a group of members comprising of the European Union (including its 27 members), and 18 other countries—Australia, Brazil, Canada, China, Chile, Colombia, Costa Rica, Guatemala, Hong Kong (China), Iceland, Mexico, New Zealand, Norway, Pakistan, Singapore, Switzerland, Ukraine and Uruguay—submitted to the WTO a Multi-Party Interim Appeal Arbitration Arrangement Pursuant to Article 25 of the DSU. The MPIA brings temporary relief to the crisis at the WTO caused by the absence of an Appellate Body. India has so far stayed away from the MPIA. This article argues why it cannot afford to hover on the sidelines.

The MPIA signatories have emphasised in their Statement to the WTO that the MPIA is a ‘contingency measure’ whose purpose is to “preserve the essential principles and features of the WTO dispute settlement system which include its binding character and two levels of adjudication through an independent and impartial appellate review of panel reports, and thereby to preserve their rights and obligations under the WTO Agreement.” The reason why this ‘interim’ mechanism is a significant development lies in the role of ‘appellate review’ in the WTO’s dispute settlement system. Central to this system is the two-tier resolution of trade disputes—first the hearing of disputes by a specially constituted ad hoc ‘panel’ comprising of three members, and next an appellate level for appeals on questions of law.

Also Read
The G20 Presidency a big deal for India
Understanding the four Vs of operations management – volume, variety, variation and visibility
Getting the ESG framework right
Onshoring Indian innovation

The rulings by a WTO panel or that of the Appellate Body (in situations where panel rulings are appealed) have to be necessarily adopted by WTO members (through the Dispute Settlement Body, or the DSB), and can only be rejected by ‘reverse’ or ‘negative’ consensus, meaning that for a ruling to remain unadopted all of the 164 members of the WTO have to reject the same. In a span of 24 years (1995-2018), 595 disputes have been initiated at the WTO. While several disputes were settled by mutual settlement, WTO members adopted close to 400 reports (ranging from original panel reports, to appellate body reports, and reports of the compliance panel). The US’s criticism of the Appellate Body primarily stemmed from a few of Appellate Body’s rulings against the US.

The WTO agreements and the dispute settlement mechanism are not without flaws. However, they represent one of the most effective instruments of international law enforcement. Finding a resolution to the Appellate Body crisis is, therefore, of crucial importance. Professor Peter Van den Bossche, former member of the Appellate Body, in his farewell speech in May 2019 succinctly explained that: “One can predict with confidence that, once the Appellate Body is paralysed, the losing party will in most cases appeal the panel report and thus prevent it from becoming legally binding. Why would WTO members still engage in panel proceedings if panel reports are likely to remain unadopted and thus not legally binding?

As from 11 December 2019, it is therefore not only appellate review but also the entire WTO dispute settlement system that will no longer be fully operational and may progressively shut down.”

This is where the EU-led MPIA has a valuable role to play. India is faced with several sensitive disputes, and perhaps its short-term interest is to have a status quo position that would ensure that no adverse ruling from a WTO panel would need to be implemented through legislative reform. Since the WTO’s DSU has not been amended, the ‘right to appeal’, though on paper only, can be used as a reason to not implement any rulings. For instance, India has taken a view that it need not implement a recent adverse panel ruling against its export subsidies, since an appeal has been filed against the panel decision.

Similarly, India is faced with several sensitive disputes, including against its sugar subsidies (against which disputes have been initiated by Australia, Brazil and Guatemala), and its tariffs on IT products (against which the EU and Chinese Taipei have both asked for panels to be established). India is also a complainant in two pending disputes against the US, and is at the receiving end of US WTO-inconsistent withdrawal of its developing country status for the purposes of GSP, as well as in trade remedy actions.

With most of India’s currently pending disputes being against the US, an MPIA to which the US is not a party has little value for the effective resolution of those disputes. On the other hand, several disputes against India have been initiated by other countries (such as the sugar and IT sector disputes). Not being party to the MPIA would essentially negate the possibility for any effective dispute resolution in the absence of an appellate process. This limited strategic advantage, however, is of little value.

Instead, India needs to have a look at the larger picture. The most obvious fall-out of a dysfunctional WTO dispute settlement will be increasing use of unilateral measures. It is not in the interest of India or any other country to be faced with such an eventuality. The world today is in the midst of a global pandemic and economic crisis, and also one where countries are increasingly implementing trade restrictive measures. To ensure that this does not result in anarchy, the rules relating to trade obligations and use of the exceptions to trade rules to address the pandemic need to be considered in letter and spirit of the rules-based system. The relevance and need to preserve the WTO system is perhaps much more crucial now than ever before.

A common sense approach would be to be part of the MPIA, while working out clear strategies to address both the Appellate Body crisis as well as other systemic issues of the WTO. In a world that is interdependent, a strong system of multilaterally agreed rules lies at the foundation of a stable and predictable system. And in a world during and after Covid-19 where economic challenges seem inevitable, such rules will have an even more crucial role to play.

India needs to revisit its recalcitrance, and play a far more proactive role in addressing the WTO dispute settlement crisis.

The author is partner, Clarus Law Associates, Delhi, and specialises in international economic law and policy