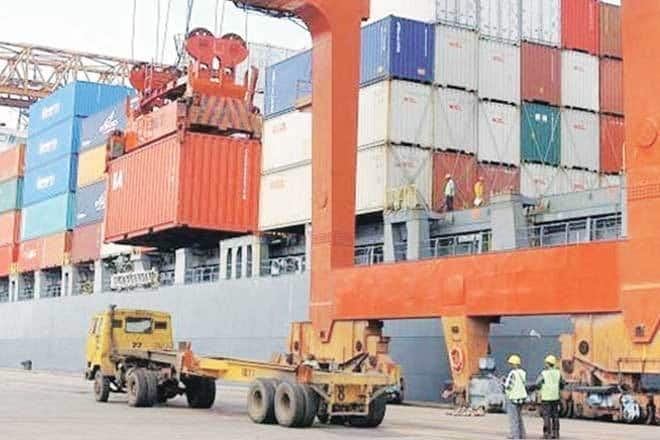 The Economic Survey predicts that by integrating ‘Assemble in India for the World’ into ‘Make in India’, we can create 4 crore well-paid jobs by 2025 and 8 crore by 2030.

Our exports are shrinking—merchandise exports fell for the sixth straight month by 1.7% in January, as compared to the same month last year. While sliding petroleum prices could be partly blamed, the bottom line is that our core export segments have failed to compete in global markets. Manufacturing in India has stagnated at 15-16% of GDP, while some major Asian countries are at 35-40%. We have the lowest manufacturing share in gross exports in the whole of Asia; India is no longer the fastest growing economy in the region, and it lags behind Bangladesh, Vietnam and Cambodia in terms of growth performance. Weakening of exports is an ominous sign for India’s already deteriorating GDP growth, which is estimated to decelerate to an 11-year low of 5% in 2019-20.

When the production process is getting fragmented globally, the idea to boost production alone does not go very far in alleviating exports. Nor does it help the ‘Make in India’ cause of the government. Our forthcoming research, part of the ‘IDFC-ICRIER Project on Global Competitiveness of Indian Economy’, shows that India’s exports are becoming import-oriented as the foreign content in exports increased sharply from 15.9% in 2003-04 to 27.2% in 2013-14. This indicates Indian industries are increasingly getting involved in global value chains (GVCs). GVCs have been a significant development in international trade since the 1990s as these offer an efficient path of transition from exporting largely commodities to basic manufacturing products. One of the best examples is Bangladesh, which has used the GVC phenomenon to expand its exports of ready-made garments. The Economic Survey 2019-20 brought some degree of optimism by devoting an entire chapter, suggesting ways to integrate Indian firms into GVCs. It proposed a scheme to integrate ‘Assemble in India’ with ‘Make in India’. Finance minister Nirmala Sitharaman in her Budget speech echoed this by announcing that the government will soon be coming out with a policy to encourage manufacturing of network products by promoting ‘Assemble in India’ as a ground for ‘Make in India’.

The Economic Survey predicts that by integrating ‘Assemble in India for the World’ into ‘Make in India’, we can create 4 crore well-paid jobs by 2025 and 8 crore by 2030. While the plan is good, the road to ‘well-paid’ jobs is not that easy. The estimate of creating 8 crore jobs by 2030 is based on the premise that India can increase its world export share of network products from 0.6% currently to 6% by 2030, assuming it can mimic China’s export performance during the first decade of the latter’s export market entry in network products—a rather strong assumption to begin with—but if these estimates are believed to be true, then the country is heading towards a widening skills gap. As the accompanying graphic shows, a chunk of jobs created by India’s export of network products has been for workers with above secondary education, which is in sharp contrast to the corresponding share in case of overall manufacturing exports. With the advent of transnational companies that largely control the production process of network products, the requirement for high-educated workers is only going to rise at the cost of uneducated and less educated. Greater integration into GVCs for network products would require India to close the quality gap faced among its peers, requiring its manufacturers to leapfrog to newer technologies. As per a study by the World Economic Forum in 2018, the adoption of Industry 4.0 may impact low-skilled employees because of their vulnerability to automation. There would be winners and losers in the process, where the workers who are less educated are likely to remain excluded.

Therefore, while integrating into GVCs seems the way forward, one must be mindful of the distributional consequences on the jobs so created. Past experiences show that employment and wage gains through GVC integration have been largely biased towards more skilled workers, which contrasts with predictions of trade theory. The best example is that of China itself, where electronics GVC resulted in huge skill bias in favour of the high-skilled, thus contributing to greater inequality.

Replicating China’s export performance will be difficult unless India overcomes existing structural bottlenecks. ‘Assemble in India’, which is intended to support exports by network industries, can be inefficient if the nation’s skills do not match the requirements of the industry. Before we invite MNEs to begin assembling network products in India, we need policies to ensure that the gains from trade will be shared evenly. To reduce workers’ exposure to the risk of offshoring, the government must invest in skill development. Education and training can also help firms increasingly and efficiently fragment their production processes globally.

The author is research associate, ICRIER. Views are personal