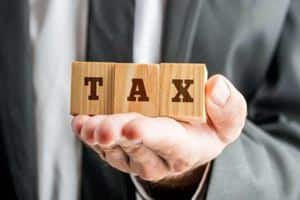 In its pre-budget meeting with Revenue Secretary Hasmukh Adhia, Assocham demanded that since the proposed multiple Good Service Tax (GST) rate structure could increase classification disputes, therefore the categorisation of products under each duty slab should be carefully done. (Reuters)

The European Commission (EC) ruling fastening a $14.5 billion ‘state-aid’ bill on Apple made global headlines last fortnight. The Commission ordered the restoration of the ‘select tax advantage’ Ireland granted to Apple by way of two transfer-pricing rulings in 1991 and 2007. This is not the first instance where the Commission has flexed its muscles, to bring order to an overarching principle of fostering uniform European Union (EU) market. Since June 2013, multiple tax investigations against private tax rulings of EU member states have led to a ‘tax massacre’ under the aegis of Commission, whose mandate includes preventing illegal ‘state aid’, under Article 107 of the Treaty of Functioning of the EU (the Treaty). The first set of Commission’s orders came in October 2015, in the case of Starbucks, against the Netherlands. Apple’s case, given its sheer magnitude, overshadows all preceding investigations, to emerge as the mother of all the Commission’s tax investigation. It intensifies a feud between the EU and USA, over the bloc’s tax probes.

To comprehend the Commission’s empowerment, it is important to understand how the Treaty interplays with the sovereignty of EU member-states. Article 2 and 3 of the Treaty allocates jurisdictional competence among the EU and member-states, and thus, grants exclusive competence (to the EU) for establishing competition rules for the functioning of the internal market. Article 107 further embodies the principle for thwarting ‘incompatible’ state-aids by discouraging member-states from indulging in practices which distort or threaten, by favouring business enterprises, the trade between member states. Besides, the Treaty (Article 108) empowers the Commission to monitor systems of state-aids across member-states, a political agreement reached amongst member-states in March 2015 to supplement the Commission’s endeavours for tax transparency.

Though the Commission’s order is appealable at the European Court of Justice (ECJ), couple of immediate questions arise: whether such investigations overstep the sensitive subject of national sovereignty of member-states and, whether the ruling undermines political diplomacy to combat menace of tax evasion, particularly since member-states support wider initiatives on tax transparency and avoidance of unfair tax competition? The EC’s investigations into tax rulings of sovereign states also raises a question on EU’s faith in OECD’s Base Erosion and Profit Shifting (BEPS) initiatives, given that the recommendations for implementation is presently underway. Given BEPS initiative to enhance tax transparency in general and, lend clarity for taxation of digital transactions (Action point 1) in particular, EC seems to have jumped the gun, as the ruling has made MNCs operating in the EU nervous.

Whether private tax rulings accorded by EU member-states to businesses, albeit conforming to sovereign tax laws, could fall within the realm of state-aids is itself debatable. Businesses would argue that tax rulings are accorded under the domestic law of respective member-states, and are not exclusively dealing with trade between member-states of the EU. To judge so-called ‘sweet’ tax deals as distorting the competition vis-à-vis the internal EU market has significant ramifications for member-states. What is the sanctity of an Advance Pricing Agreement (APA) granted by a member-state if it is open to challenge by the Commission? Does this not compromise the federal powers of the member-states in the first place, especially when, in the Apple case, the matter involved was a bilateral trade with non-EU country, i.e., the US? While the Commission’s ruling explicitly distances itself from challenging the general tax system of Ireland, isn’t the terming of the alleged ‘select tax advantage’ as ‘incompatible state-aid’ impinging upon the member-state’s constitutional powers to legislate?

On the contrary, the Commission’s ruling points out fundamental gaps in transfer-pricing rulings granted by Ireland (to Apple). The ruling first agreed to in 1991 was open-ended and applied indefinitely, until the revised ruling was agreed upon in 2007. The Commission views such practice far from being aligned to international best practice (for APAs) which are ordinarily valid for five years, and in certain cases upto 10 years including permitted roll#back years. The ruling agreed upon in 1991 was based on simplistic business and cost assumptions, which remained largely unsubstantiated for want of transfer-pricing documentation. Tax base and margins agreed to by Irish authorities appear to have been reverse-engineered to arrive at a fixed tax payout—a methodology that did not resonate with the OECD transfer-pricing guidelines. The 2007 ruling confirmed much lower profit margins for Apple entities in Ireland. Finally, the progressive reduction in yearly tax base for Apple’s Irish entities from 2009 to 2014 didn’t help the case either, as the two Irish entities continued considerable pay-outs to their head offices, which were designed to avoid taxes in Ireland as well as the US—thus, causing double non-taxation of profits

Ireland finds itself poised for a delicate predicament—should it accept a $14.5 billion windfall tax gain due to retrospective legislation thrust upon the parties by the Commission or appeal to demonstrate certainty to business enterprises, ensuring a regular flow of FDI from the United States, its significant investor? Although, Ireland’s decision to appeal seems academic, since Apple has vowed to do so on the back of political endorsement from its government. Until the appeal is decided ECJ, Apple may have to shed a pie of its huge cash reserve.

The trial at ECJ will be interesting to witness, with Apple, the US and Ireland possibly joining forces against Commission. If a trial has to be avoided, I wonder if the case can be addressed under a tax treaty; it is more likely under an investment treaty. If a settlement mechanism is explored under US-Ireland tax arbitration provisions, which can render a binding award, would such an award be respected under the EU law?

The US treasury’s strong reaction to the possible delay in settlement could undermine spirit of economic partnerships and could set a chain of Ireland-headquartered business to migrate to the UK, as EU rules no longer bind the UK. Adverse consequences could derail BEPS consensus and give rise to tricky issues between the EU and the US on treaty issues.

The author is partner, BMR Legal. Views are personal.