Agricultural policy needs to shift to a pro-farmer focus

While serious efforts were under way for increasing production and productivity, any adverse impact of the weather followed by a blip in production triggered immediate responses from the government on the above lines. 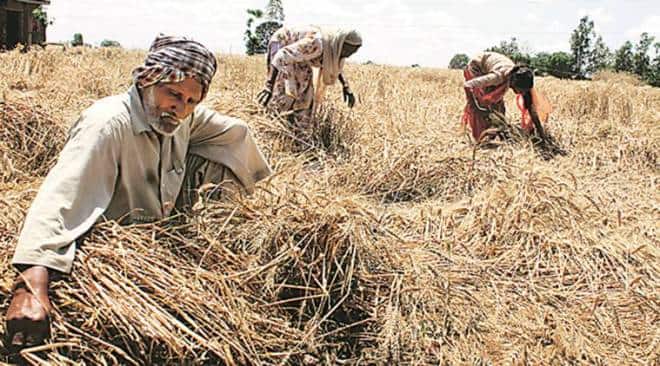 Agricultural development in post-independence India started as a response to food shortages and the green revolution was designed to meet this challenge. Even after India became a net exporter of foodgrains, the mindset continued and food security remained central to agricultural planning. The expansion of the public distribution system, price controls, export bans and the pernicious use of the Essential Commodities Act dominated the scene. Most of these interventions had an unapologetic consumer bias driven mostly by political considerations.

While serious efforts were under way for increasing production and productivity, any adverse impact of the weather followed by a blip in production triggered immediate responses from the government on the above lines. Centrality of food security in policy planning took away the freedom and, as Ashok Gulati points out, a substantial portion of the income due to the farmer. While some freedoms were taken away by law, others were influenced by a complex regime of financial incentives.

Things have changed. Surpluses have become the recent worry. Sugar is a case in point. Farmers have also found a new voice, hitherto unheard of in the corridors of power. Their expectations from the government soared when PM Modi declared that the government will double their incomes by 2022. What we have so far is an elaborate report and a few schemes.

The time has come (actually, it is long overdue) to make farmers’ income and prosperity the central theme of agricultural planning for the future. This is not to say that food and nutrition security should be lost sight of! From a food security, pro-consumer focus (often anti-farmer by default), the policy needs to shift to a pro-farmer (the farmers need the consumers any way) bias. This involves a paradigm shift in thinking and planning.

This would involve, inter alia, the following:
> Designing the agricultural policy to focus on the best returns a farmer can get from his land. Start with reforming the market. Remove almost all restrictions: EC Act, APMC Act, movement across states, most of the export restrictions, etc. Make e-NAM and the village markets deliver for the farmers. If there is an occasional shortage, resort to ‘calibrated’ imports.

> Shift from a strategy of production-chasing demand and work on a decentralised model where farmers can produce to the market, not only in terms of aggregate demand, but also in terms of the various segments, time and geographies. This involves creating reliable information systems on market demands. The policy bias against commodity futures needs to go. Re-engineer them to be farmer-friendly. The current agriculture export policy is severely limiting. It still has an underlying domestic price control bias in it. We need to be consistent and predictable in our export strategy. The real spoilers in the game would be the Food Security Act and the government’s political commitment to a ‘market unfriendly’ minimum support price regime.

> Change the main objective of ICAR to focus on ‘best returns for farmers’. ICAR has done well to increase productivity and get India out of food insecurity. Continuing with the current structure with an unwieldy number of institutes (they seem to be adding new ones with every change of government) and a bevy of projects is not the ideal way forward. Agri-education and Krishi Vigyan Kendras eat up most of ICAR’s budget, leaving little for futuristic research. R&D for a new India needs to be focussed on the future. This might involve a major restructuring of ICAR and creating space for private R&D.

> Weather and climate variability pose new challenges. These differ across regions and crops. Crop diversification will be dictated by climate change more than policy instruments. Efforts should focus on micro-climate-based strategies.

> The argument that farmers are vulnerable and need protection from private technology providers is past its expiry date. Today’s farmers have access to information and they do understand what is good for them. Regulations on the usage of technology must be enabling and not restrictive.

> The subsidy regime needs to undergo major structural changes. Micro-climate-based planning demands that fertiliser subsidy should shift to a farmer-centric direct benefits transfer (DBT) and the choice of fertiliser be left to the farmer. Investments for sustainable agriculture have to take precedence over natural resource depleting subsidies.

> The new strategy needs a different institutional architecture. Some institutions that have outlived their utility may have to be under ‘creative destruction’. Some will need a structural change to become farmer- and market-friendly. Less of government institutions and more of farmer-led institutions will be the key.

> While our capabilities of forecasting weather- and climate-related events have improved significantly over time, the challenge is to get more reliable forecasts at the micro level on time. Private sector has developed capabilities for doing this on the ground and from the sky. What seems to hold them back is appropriate revenue models. This needs to be fixed.

> Data, some say, is the new wealth. The government generates a lot of statistics, mostly post an event. This is good for analysis but not good enough for decision making for farmers. A new thinking on collection, dissemination and usage of data needs to be developed.

> New technologies can have a disruptive influence in the agri-sector. While fintech and food-tech are the frontrunners, agri-tech may play a larger role in the future. Their potential needs to be understood and space created for their effective engagement with farmers.
Last, but not the least, the government needs to guarantee degrees of freedom to the farmer to ensure that ad-hoc actions of any government, be it state or Centre, do not infringe on their freedom.

Former secretary of food and agriculture, Government of India and a visiting fellow at ICRIER