Unfortunately, this journey is happening over the past two decades in an unplanned and unguided manner, at great human and financial cost. 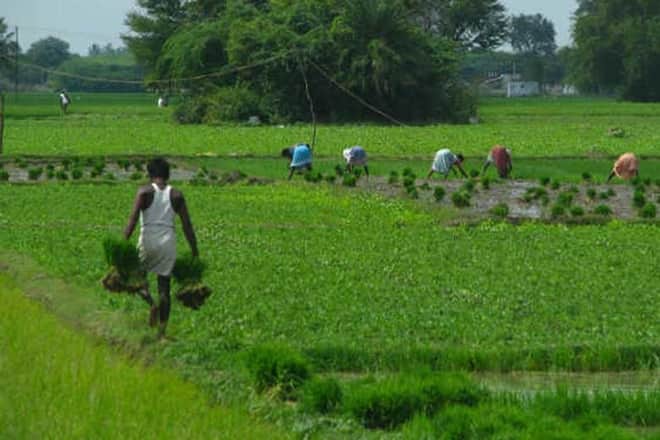 The farmer is back again in the headlines. The recent peasant march through the streets of Mumbai shook up urban India in a way few agriculture related events do. (PTI)

The farmer is back again in the headlines. The recent peasant march through the streets of Mumbai shook up urban India in a way few agriculture related events do. The issues were the same as in every other state of India: access to natural resources (land, water, soils, forests), rising costs of inputs, falling prices, opaque markets, etc. A few months ago, it was Gujarat; earlier it was Haryana or Rajasthan or Madhya Pradesh or perhaps all of them. Punjab’s story as the iconic success model of the Green Revolution is already long forgotten. Now, it’s a tale of sub-par growth, falling water tables, flat yields and a younger generation in the grip of drugs and human traffickers.

Every political party that has held power at the Centre and in every state since independence has vowed to keep farmers first in terms of policy and budgetary support. The recent Union Budget was hailed as “pro-farmer” by policy pundits and every major state has followed up with even more “farmer friendly” outlays. Yet, the gloom surrounding agriculture refuses to dissipate. Why don’t the plethora of central and state-level schemes and significant budgetary provisions succeed in turning around the fortunes of the sector? The reason is that they keep addressing symptoms of agricultural distress, rather than treat the root cause.
In simple terms, Indian agriculture is going through a painful transition from a subsistence-oriented production system towards a market economy-led model. Unfortunately, this journey is happening over the past two decades in an unplanned and unguided manner, at great human and financial cost.

The agriculture sector missed the 1991 reform watershed, which focused almost exclusively on the industrial, trade, financial and services sectors. While many of these sectors had levels of protection and controls similar to agriculture at that time, an unspoken consensus emerged across the political spectrum that there was no going back to the licence raj economy, at least in industry and services. This consensus has survived over three decades and many changes of governments. Though many experts within the country and abroad would severely qualify this claim, it is true that current developments within the industry and service sectors are broadly determined on market principles. Entry barriers have come down, access to capital, markets and technology is easier, and regulation is aligned to global norms. Both these sectors are also deeply integrated with international supply chains and exposed to competition. In sum, the trend in industry and services is definitely towards a more rule-based, market-determined regime, with limited role for discretionary decision making by the government.

Contrast this with the current situation in agriculture and it would seem that, in terms of policy, we’re still stuck in the 1980s-control mindset. Regulations and policies that govern land, labour, capital, technology and markets are marked by rigidities that have long been abandoned in other sectors. Even something as basic as land tenancy, allowing farmers to legally lease-in land, is illegal in all but three states. Fragmentation of holdings has reached a point where almost 65% of all farm plots are marginal (i.e., less than 1 hectare), while another 21% are categorised as small (between 1 and 2 hectares). Access to technology is heavily controlled. Marketing systems are marked by monopsony or cartelisation, making genuine price discovery impossible. External trade in agri-goods is heavily restricted. The corporate private sector’s role in the sector is looked upon with great suspicion by policy makers.

While policies have largely remained frozen in time, some dramatic changes have taken place on the demand end. Over the past two decades, as per capita incomes grew, especially in urban areas, the intake of cereals (such as wheat, rice, coarse grains, etc) has fallen. At the same time, consumption of high value agriculture (HVA) products, i.e., vegetables, fruits, milk, poultry, meat and fish, has risen sharply. In a sentence, we could say that the demand for farm goods that could be supplied through a subsistence-based production model has been replaced by one which needs commercial production systems. Farmers have responded by increasingly shifting to the production of HVA goods to cater to burgeoning demand, but without the supportive ecosystem of policies and institutional arrangements that would facilitate an orderly transition to commercial agriculture.

Thus, we have commercialisation without adequate risk mitigation, which is frequently manifested in both over- and under-production, volatility in prices of potato, onion, tomato, milk and other products. Each cycle of glut is followed by shortages and price spikes, when farmers en masse abandon these crops. Information arbitrage is manipulated by upstream players largely to the detriment of producers. All these are manifestations of a subsistence production system trying to move to commercial agriculture with a blindfold. Regrettably, policies, institutions and budgetary allocations are still largely oriented towards a subsistence model and are not transforming rapidly enough to assist farmers in producing for the market, rather than simply marketing whatever is produced.

Accompanying this is a major human resources crisis, with a new generation of rural youth possessing basic education skills but not interested anymore in unremunerative agriculture. Labour costs have risen dramatically with improved social security nets over the past decade, playing havoc with farm economics. Large-scale innovative mechanisation, which could have offset higher labour costs, was never encouraged, in the mistaken belief that it would displace agricultural labour.

To be fair, none of this evolved in the past four years, and frankly, the current crisis cannot be resolved in the term of one government. There is no sign that policy-makers accept the fact that agriculture is no more subsistence-oriented and needs a different set of policies to help it meet the changing demands of the market. It is this acceptance of ground realities that set in motion the reforms of 1991 in industry and services. Agriculture awaits a similar moment of realisation among policy-makers to start the long journey towards an orderly integration with the needs and demands of the market. Till then, the moving picture of the calloused feet of a woman farmer at the Mumbai march aptly sums up the state of the sector.