Three ordinances signify a big leap forward, but the fine print needs to be revisited, focusing on the larger objective of freeing up the market 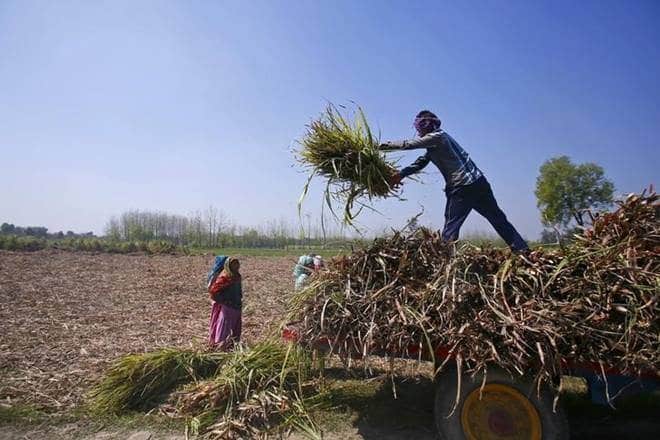 After protracted efforts to persuade state governments to reform the agri-markets, the Union government came up with three ordinances, namely, the Essential Commodities Act amendment ordinance (ECO), the Farmers Trade and Produce (Promotion and Facilitation) Ordinance (FTPO) and the Farmers (Empowerment and Protection) on Price Assurance and Farm Services Ordinance (FPAFSO). The clear intent of these ordinances is to provide farmers with a range of choices in the agri-business marketplace. While this, in itself, is a big leap forward, some loopholes, overlaps and obfuscations remain, which, if not clarified and corrected, can play spoilsport.

Section 3(1)A (a) of ECO states “foodstuffs, including… , as the Central Government may, by notification in the official gazette, specify, may be regulated only under extraordinary circumstances which may include war, famine, extraordinary price rise and natural calamity of grave nature”. EC Act, 1955, uses “food crops, including sugarcane” in the definition. The enabling part of the original Act, the schedule, mentions “foodstuffs”, including edible oilseeds and oils. If the schedule to EC Act remains unchanged, state governments may be able to impose stock-limits using existing control orders. My contention takes support from the expression ‘extraordinary price rise’, which is subject to interpretation by implementing authorities. While clause (b) of the above section attempts to define circumstances of price rice under which restrictions can be imposed, the phrase, extraordinary price rise, can, in my view, still be used at the discretion of the government. Terms like “value chain participant” and “demand for export” in the proviso are open to interpretation. Who is a value chain participant? Is an FPO aggregating foodstuff from farmers a value chain participant? Is a retailer sourcing foodstuff from various sources, including farmers, a value chain participant? How exactly do we define ‘export demand’? Many exporters buy and stock up anticipating demand. Who decides whether stocks meet the ‘export demand’ criterion? Please note that the government retains the authority to control/ restrict exports under the Foreign Trade (Development and Regulation) Act, 1992 (FTDR Act).

Sugar is in a complex situation. FTPO and FPAFSO have identical definitions of ‘foodstuffs’ which includes sugarcane. Sections 3C to 3E of EC Act, 1955, controls explicitly a number of activities related to sugar. The FPAFSO allows a farmer to enter into an agreement for production and supply of any farming produce at a price agreed by him and the purchaser. Does this mean that a sugar mill can get into contract farming for sugarcane and will not be subject to the Sugarcane Control Order 1966 under the EC Act? Since fair and remunerative price(FRP)comes out of a statutory minimum price prescribed under the above order, I presume that buyers will have to pay FRP. The ordinance expressly states that no State Act will apply to agreements under this ordinance, and hence millers are hopefully exempt from paying state advised prices. The FPAFSO does not mention minimum support prices (MSP) anywhere. Farmers may, however, insist on higher than MSP prices under contract farming for such crops. Will the ordinance, therefore, be more useful for horticulture, livestock and dairy? This is a good thing, though!
One major area of conflict relates to farmer producer organisations (FPOs) which is a focus area of the government. These are in effect ‘new generation co-operatives’ of primary producers registered under chapter IX-A of Companies Act (Farmer Producer Companies, or FPCs). They have the collective nature of a co-operative, without the accompanying problems created by state co-operative departments, and are governed by the company law. The word FPO has been used in both the new ordinances almost synonymous with farmers rather than as co-operatives. Such a prescription could affect their aggregation and marketing abilities. There are more such issues in the Act, but, the fact that definition of “person” in Section 2(h) of FTPO and 2(l) of FPAFSO does not include FPOs is clear proof, in contrast, co-op societies, partnerships (LLP) and even societies are included. This obfuscation is likely to cause difficulties for FPOs. FPCs are mostly aggregators attempting to give better returns to farmers by providing quality inputs, advisory services, niche marketing and better management of resources. We quote the success of Amul ad nauseam, but when it comes to FPOs, we are not willing to give them the freedom, space and support they deserve. There are other operational issues in the two ordinances which need correction. These are not being elaborated here.

The FPAFSO is intended to be a facilitator between the farmers and the purchasers (sponsors as defined in the ordinance) to work together without hassles. Poultry and seed production are two sectors which have grown phenomenally before the promulgation of the ordinance. These industries designed simple systems for contract farming suited to their fields of operation. Their payment schedules are different since the services provided, cost-sharing and risk mitigation are specific to their respective sectors. Will the new law (there is a specific provision related to payments for seed industry, and the industry must certify genetic purity of seeds) create disruptions to established practices to the detriment of stakeholders?. Will the farmers and industry use the ‘escape’ clause under Section 3, “a farmer may enter into a written farming agreement…”, and desist from written agreements and continue doing business on ‘trust’ which is the foundation for such businesses?

These three ordinances signify a big leap forward, but the fine print needs to be revisited, focusing on the larger objective of freeing up the market to enable Indian farmers to sell at the best possible price anywhere in India. The intent of the government is clear, the path needs to be clear of obstacles!

The author is Former secretary, food & agriculture, Government of India