Failure of priority sector lending should urge RBI to relook agriculture’s banking model, there can be many takers for differentiated banking licence 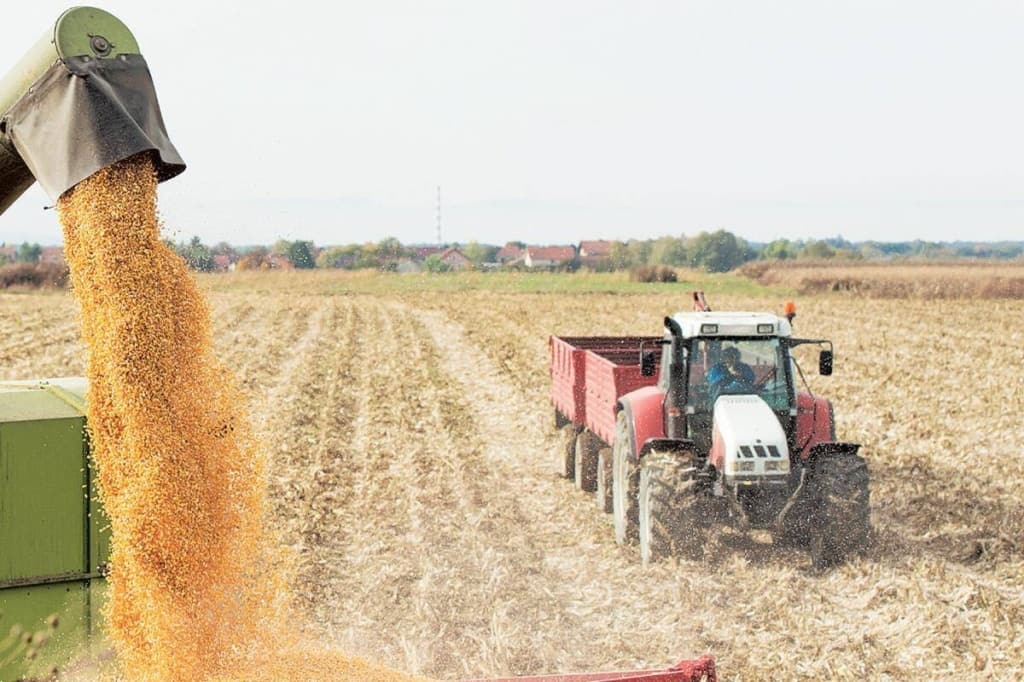 Apart from KCC, big farmers take agri-credit in crores of rupees at 9-10% interest, and re-lend to small farmers at 36%. Sometime they even deposit the money in fixed deposit of same branches.

In her FY22 Budget, FM Nirmala Sitharaman announced two specific reforms for the banking sector. A new ARC and AMC to house some of the NPAs and bringing back term-lending domestic financial institutions (DFI). These measures are targeted at improving credit growth and flow. DFIs are more crucially targeted at reviving project finance; hopefully, lessons from the past will be learned and applied in its design. Besides, there are some sectors that need directed credit: custodian banking (bit.ly/2Z9m3cB) and agriculture.

Credit is about risk distribution, expertise to improve availability and margins. For many decades, governments adopted a policy of pushing credit into ‘priority sector’with tardy outcome and diversion of credit. Sadly, even after three decades of priority sector lending directives and tardy performance by banks, not one bank has been penalised for failing to meet these targets. Instead, they are asked to invest in the Rural Infrastructure Development Fund managed by Nabard—a mockery. Anecdotal experience points out that branches in aspirational districts have not disbursed priority sector loans for years together.

Instead of pushing and forcing PSBs to lend to the rural sector, the policy has to make lending attractive, and the only way is to allow specialised agriculture banks.

While PSBs have had an impressive record of deposit mobilisation and geographical spread, sector expertise for risk assessment or lending to small borrowers in agriculture, MSME, or even the informal sector has not been developed.

Corruption and the absence of systemic credit risk assessment, combined with a herd mindset to lending, especially to corporate borrowers, has resulted in an NPA pile-up. Why is that all PSB have the same set of corporates as NPAs? The most plausible explanation is that either similar tools and methods are used for risk profiling, or everyone is copying the lead bank model. There appears to be a systemic flaw in evaluating the risk profile or a lack of expertise in judging risks from certain sectors.

The agriculture sector also has high NPAs and suffers from poor growth. Nabard, the nodal agency for agriculture banking, claims that in FY20, banks disbursed Rs 13.73 lakh crore as ground-level credit to agriculture, surpassing the government’s target of Rs 13.50 lakh crore. However, these ‘managed’ achievements are meaningless, as they do not reflect the true picture, which is why agriculture’s performance or farmer’s income does not have any correlation with the rising credit. Funds directed to RIDF do not reach the farmers—they are disbursed to state governments.

This raises a few questions: one, is the agriculture sector’s credit being used for intended purposes? If not, is interest subvention the reason for the diversion and arbitrage? What is the institutional solution to this problem?

Over the last four decades, agri-credit has multiplied more than 1,000 times. However, as a percentage of the agricultural GDP, which should be the real measure of agri-credit growth, the rise has not been smooth. For example, during the pre-reform period (FY72 to FY90), direct agri-credit flow as a percentage of agri-GDP increased at a modest average annual growth rate (AAGR) of 4.2%. However, from FY91 to FY00, AAGR decelerated to 3.2% per annum. But, between FY01 and FY08, it witnessed tremendous growth of 12%, only to fall back to just 3.6% between FY09 and FY18.

The massive growth between FY01 and FY08 can be attributed to Kisan Credit Card (KCC), introduced in 1998 and the Interest Subvention Scheme, which incentivised short-term credit for crops. The slowdown after FY08 appears to be due to a loan waiver scheme, which led to a halt in lending. Bankers feared that farmers loan waivers created moral hazard.

Interest subvention scheme was introduced in 2006 to provide crop loans at 7% interest, and 4% for those who paid back their loans regularly. Micro-finance institutions and money lenders rates range between 18 and 36%. However, this has led to diversion for non-agriculture purposes. Apart from KCC, big farmers take agri-credit in crores of rupees at 9-10% interest, and re-lend to small farmers at 36%. Sometime they even deposit the money in fixed deposit of same branches.

The diversion of agri-credit to non-agricultural purposes can be estimated by looking at agri-credit as a percentage of the value of input requirements. The total short-term credit to agriculture and allied sectors, as a portion of input requirements, GVO-GVA, was substantially above 100% for many states: Kerala (326%), Andhra Pradesh (254%), Tamil Nadu (245%), Punjab (231%), and Telangana (210%). The obvious reason for this diversion is the low-interest rate, which provides ample opportunity for arbitrage.

Another interesting feature is that in the total direct credit (outstanding) to agriculture and allied sectors, the share of short-term credit witnessed a significant jump from 44% in FY82 to 74.3% in FY16 whereas, somewhat worryingly, the share of long-term credit fell from 56.1% to 25.3%, respectively. Banks are reluctant to provide long-term credit for agri-implements and tractors, as 95% of agri-implements and tractors are being financed by NBFCs at higher interest. This fact is substantiated by tractor manufacturers off the record; on-record visibility comes from their own NBFCs being the largest provider of credit to farmers.

Since long-term credit is basically for investments and capital formation, this dramatic fall in the share of credit takes a heavy toll on farm productivity and the overall growth of the agri-sector.

If PSBs are not following directives of PSL, if most of the funds are getting diverted to RIDF and Nabard, and if farmers continue to borrow at high-interest rates, it is time that RBI looks at differentiated banking licences for the agriculture sector. There will be many takers for serving the rural sector who will do a better job of providing and spreading credit for much-needed reforms such as crop diversification.

Follow us on
Latest News
Suspension of outdoor activities among steps taken by Delhi-NCR schools amid worsening air quality
IIMA announces launch of redesigned website, logo, and reconstruction of old campus
Go First plans to soon avail Rs 600 crore loan under ECLGS
Meta India’s head Ajit Mohan steps down with immediate effect
Mutual Fund Sahi Hai! Know which MF category to choose to meet your financial needs
Global Markets: Dollar makes broad gains after rallying on Treasury yields
EBay’s focus on luxury to refurbished goods drives results beat
Photos
Heart-wrenching! Here is a look at Morbi and the suspension bridge that collapsed
3 days agoOctober 31, 2022
In Pictures: PM Modi in Kargil to celebrate Diwali with soldiers, says, ‘All of you have been my family for years now’
1 week agoOctober 24, 2022
In Pictures: PM Modi inaugurates Deepotsav in Ayodhya; World record set by lighting of over 15 lakh diyas
1 week agoOctober 24, 2022
Read More
×
Does the UN think there are ‘good coups’ and ‘bad coups’?
G20: India is ready for leadership role
Next Gen at Tata Trusts
Lula 2.0 can be a game changer
Premium
Towards zero stubble burning
Premium
One Bill to rule them all?