Agrarian crisis: What PM Narendra Modi can learn from KCR to help farmers

Professional bodies like CACP suggesting hiking msp to 1.5 times a2+fl costs or others touting doubling-of-farm-income without examining their practicality is worrying. 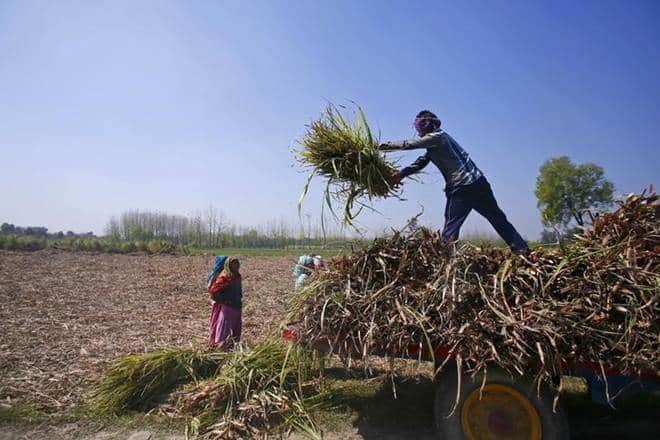 Peasants across the country are not happy with what has happened to their incomes and that is increasingly getting reflected in farmers’ protests. (Reuters)

The State Assembly results should be a humbling experience for the BJP. What factors could have led to this situation is a question that is surely occupying many political pundits, as it will have important implications for the upcoming Parliamentary elections in 2019.

One factor, amongst many others, that is being flagged is farm distress. Peasants across the country are not happy with what has happened to their incomes and that is increasingly getting reflected in farmers’ protests. The Union minister of agriculture had earlier remarked that these protests, and farmers spilling their milk, onions, etc., on roads, are ‘political drama’. Any more denial of this ground reality will only inflict heavy losses to the BJP in the Parliamentary elections. Saner voices within BJP (like Nitin Gadkari) have openly admitted that there is a farm crisis and something drastic needs to be done.

Lately, the big ticket item that BJP has promoted is to announce minimum support prices (MSPs) of kharif crops at 50% margin over cost A2+FL. But, as I have shown in several earlier pieces in this newspaper that market prices remain way below MSP, the government is not capable of procuring large quantities of as many as 23 commodities for which MSPs are announced. And here is a lesson to learn for BJP, Congress, as well as farmer unions. Price policy has its limitations to augment farmers’ incomes. Just announcing higher MSPs, be they 50% above cost A2+FL or cost C2, without commensurate procurement, storage, and distribution mechanisms, is not going to solve peasants’ problems. And the government cannot procure all agri-commodities.

So, what are the alternatives? In the medium-term, large scale agri-marketing reforms are needed, which I have alluded to in my piece on December 10. Supply side reforms for achieving best technologies, water, etc., to boost productivity in a sustainable manner will take time. But politicians don’t have that much time in the run-up to Parliamentary elections. They are likely to announce loan waivers instead. So far they have gone state-by-state, but very soon all remaining states may get that benefit, costing the nation somewhere between Rs 4-5 lakh crore. But this, too, is a temporary relief, a sort of atonement for not carrying out reforms in agriculture. More systematic and stable policies are needed.

It is in this context that one may look at Telangana’s Rythu Bandhu scheme under which they have paid Rs 4,000/acre (i.e., about Rs 10,000/ha), per season, as investment support to farmers just before the sowing season. Peasants can buy seeds, fertilisers, pesticides, etc., with this money rather than borrow it from informal sources at exorbitant interest rates, thereby falling into a debt trap in case of crop failure. The state kept a budget of `12,000 crore for this scheme, which is a little less than 7% of the total budget of the state.

The land records had to be updated, which were done in a record time of just 100 days. The flip side of this scheme is that it favours land owners while hoping that the market will adjust this increased income in the land rentals for tenants. But it is certainly much better than a higher price support which will create massive distortions and inefficiencies in the system.

In a nutshell, politicians need to move from price support policies or loan waivers to income or investment support on a per acre basis. And the amounts should be directly deposited into the accounts of farmers, linked with Aadhaar, and the information sent on their mobile phones through SMS. It can be done, and it can be good economics and good politics.

And here comes the roles of professionals advising our politicians. Unless they are ready to speak openly and without fear, which is in the national interest, they are not worthy of the chairs they occupy. Classic example is that of the drum-beating of MSPs at 50% above cost A2+FL, thus fulfilling the Swaminathan formula. Irony is that it is “recommended” by the professional body, the Commission for Agricultural Costs and prices (CACP). Are these the terms of references of the CACP? Another classic example is the much touted slogan of doubling farmers’ real incomes by 2022-23.

There is not a single seminar where this is not touted by government opinionated professionals, without even realising what it entails. In the next five years, it means raising real incomes of farmers by almost 13% per annum when, historically, during 2002-03 to 2015-16, they have increased by just 3.6% per annum.

This is akin to saying that I will raise the overall GDP growth of the country from say 7% today to 20% for the next five years. Doesn’t this sound absurd to professionals? But, instead of telling their political bosses that this cannot be done, as it will haunt them later, our professionals keep repeating this as ‘caged parrots’.

I wish there could be more of a professional debate on agrarian issues now within the political circles. It is in the interest of each party, and, of course, the peasantry. Differences of opinion must be welcomed, and what is good for the country and how it can be achieved in the best possible manner should be the key criterion for policymaking. Short term interests must be dovetailed with medium- to long-term agendas for agri-reforms.

As manifestoes are being written for the Parliamentary elections, it is high time we ponder over these issues. And yes, there is one magnum opus, Rural Manifesto, of more than 800 pages already written by Varun Gandhi that also deserves a careful look. There may be some good ideas to pick up for every party!