Against all Odds: A look at FedEx Champion Patrick Cantlay’s arduous journey

FedEx Champion Patrick Cantlay has surmounted more than the greatest field in golf. 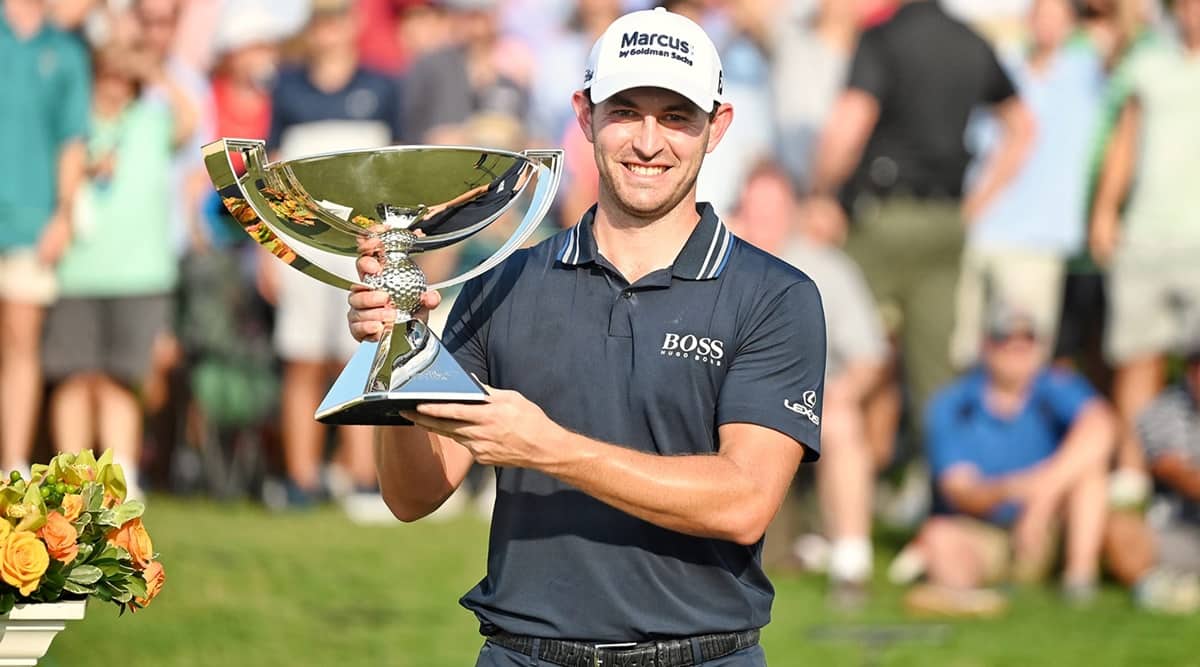 February 13, 2016. Best friends—Patrick Cantlay, and Chris Roth—are enjoying a night out, barhopping, in Newport Beach, California. The duo are walking across an intersection when, out of nowhere, a speeding motorist, knocks down Roth, who’s walking less than 10 feet away from Cantlay, and speeds off. In a report on the incident on Golf Channel, Cantlay rushed to his friend’s aid, and called 911, but, “…By the time I got to him, there was nothing I could do.’ 24-year-old Roth died in 23-year-old Cantlay’s arms.

As I read this report, and Cantlay’s narrative of that fateful morning, one detail gives an insight into his state of mind at the time. Cantlay recounts a policeman asking if he’d like a towel. “I was completely covered in blood. I didn’t realise it. Your importance level, your awareness of what is usually a big deal, was not a big deal to me. And I felt like that for months after,” he told Golf Channel. For Cantlay, who, at the time, had not been able to play competitive golf for three years, losing friend and caddie Roth, was a crushing blow.

Today, as the golf world celebrates Cantlay’s remarkable comeback to the top echelons of the game, it is somewhat convenient to try and situate Roth’s death, in the wider context of Cantlay’s life and career. But to imply that degrees of loss, have a bearing on individuals’ abilities to cope with those, would be sophistic, simplistic, and disrespectful. A notion that Cantlay has repeatedly dismissed. “That (Chris’s demise) would be difficult whether I was playing or not playing, and it would be just as difficult both ways and just as life-changing and just as earth-shattering,” he told PGATour.com after winning the season-ending FedEx Cup earlier this year.

Here’s what even new converts to the game know about Cantlay: he is, by far, the best putter in the world right now; amply demonstrated during the six-hole playoff at the BMW Championship that has quickly become one of the most watched highlight reels of the PGA Tour’s season. And while there’s no doubt that Bryson De Chambeau missed near-gimme putts during that two-man duel, the notion of the big man ‘giving away,’ the tournament are patently unfair. DeChambeau would never had the chance to ‘give away’ anything had Cantlay not forced the issue by making that 22-footer on the 72nd hole. As it turned out, DeChambeau acquired the dubious distinction of becoming the only man in the history of the PGA Tour to score a cumulative 27-under-par and not winning the event. Given that performance by Cantlay, it seemed like a grand plan was unfolding when he kept his lead in the opening rounds of the season-ending Tour Championship. And for all of Jon Rahm’s brilliance in the final round—he certainly gave it his best shot—Rahm’s foe was zen-like under pressure. Cantlay didn’t even look like he was going to crack, and displayed no nerves whatsoever.

What some golf fans may not have known before he became the FedEx Cup Champion, is that Cantlay was the top-ranked amateur in the world for 54 consecutive weeks in 2011-12, and the recipient of pretty much every award you can win in that milieu. That promise began unravelling in 2013 when Cantlay felt a jarring pain in his back while on the range at the the Colombia Championship. Diagnosed with a stress fracture of the back, the young player found himself in the cold, unable to play pain-free—by 2014, his ranking had slipped to 623 in the world.  Two weeks before Roth’s accident, just when it had seemed that his back was well enough to play, Cantlay had a recurrence of pain. On doctor’s advice that he’d need at least another nine months of rehabilitation Cantlay had to pull out of the 2016 CareerBuilder Challenge—his first event in over a year. It’s hard to imagine the young man’s frame of mind at that point, and quite impossible post the accident that ensued.

Cantlay’s return to wellness and playing pain-free has been a long and arduous journey. On an aside, there’s a lesson to be learnt from Cantlay’s injury for amateur golfers looking to emulate the ‘x-factor,’ in the modern golf swing. The term, which denotes the difference of coil between shoulders and the hips, was exceptionally high—18 degrees—in Cantlay’s old swing. And crucially, that difference came on the downswing which put additional pressure on his lower back. Today, Cantlay turns his shoulders more on the backswing, and has only a three-degree ‘x-factor,’ on the downswing. And we’re talking of an ivy league athlete here. Quick takeway: don’t ape the pros, or any swing that you do not possess the physical abilities to perform.

Cantlay has spoken about not wanting to connect what happened with Roth and where he is as a golfer. “The golf part and the Chris part seem like two completely separate deals…”“Just something like that changes your life and puts you on a different trajectory than you ever thought you’d get on. And it definitely changes your perspective on things,” Cantlay told PGATour.com.

In the worldview of a young professional golfer, that perspective is rare. To be able to separate life and the things that really matter, from the relatively trivial fringes of what it means to be successful in a game. You can’t pick up that kind of wisdom second-hand; and 29-year-old Cantlay’s life has already passed through the fire.

Next Story
Encourage start-ups to list on the bourses