Across the aisle: P Chidambaram speaks about payroll jobs in India

They created a minor storm recently when they claimed that 70 lakh new ‘payroll’ jobs will be created in India in the organised sector in 2017-18. 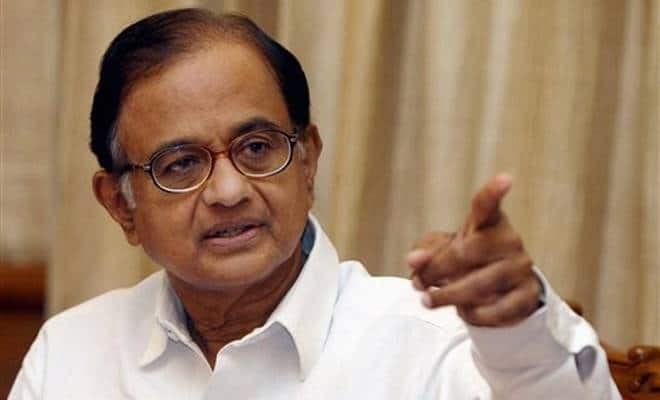 Prof Pulak Ghosh and Dr Soumya Kanti Ghosh are respected academics. They created a minor storm recently when they claimed that 70 lakh new ‘payroll’ jobs will be created in India in the organised sector in 2017-18. The authors explained that ‘payroll’ job is a job where the employee has enrolled under the Employees’ Provident Fund Organisation (EPFO) or Employees’ State Insurance Corporation (ESIC) or National Pension Scheme (NPS) or Government Provident Fund (GPF). Enrolment under one of the four schemes is certainly evidence that the employee is on the payroll of an employer—private sector or public sector or government or parastatal body. Seventy lakh new jobs is a claim that will take one’s breath away. In the same article, the authors reported that the total ‘payroll’ stock as on March 31, 2017, was 919 lakh. So, it has taken the country 70 years to create a ‘payroll’ stock of 919 lakh jobs but, miraculously, in just 12 months, the country will generate 70 lakh new ‘payroll’ jobs — that is nearly 7.5% of the current stock!

The largest subset of the stock of ‘payroll’ jobs is EPFO-enrolled jobs. The authors reported that the ‘EPFO manages a corpus of over Rs 11 lakh crore for its estimated 550 lakh subscribers across jurisdictions in over 190 industries employing more than 20+ people’. According to the authors, 45.4 lakh new subscribers in the age band 18-25 years had enrolled under the EPFO in 2016-17 and started making their monthly contributions to the Fund. They also found that 36.8 lakh new subscribers in the same age band had enrolled between April and November 2017 and, therefore, they estimated that, for the full year 2017-18, 55.2 lakh new subscribers would be enrolled. If industries/businesses in the organised sector that employed 20 or more persons can generate 55 lakh new jobs in a year that qualified for enrolment under the EPFO, then we can declare that India has, truly and comprehensively, slain the demon of unemployment!

To the above jobs we must add

If we assume that for every ‘payroll’ job counted by the authors there will be another job created in the sectors that I have listed above, then the count will rise to 140 lakh in 2017-18. According to the Ghoshs’ report, 150 lakh persons enter the labour force every year of which 66 lakh is skilled manpower. Soon, the problem will not be joblessness but lack of jobseekers! (By way of comparison, China, which has a GDP five times that of India’s, adds about 150 lakh jobs a year.) Hence, the crucial numbers that must be validated are the new EPFO-enrolled jobs—45.4 lakh in 2016-17 and 55.2 lakh in 2017-18. If these numbers are valid, the claim of 70 lakh new ‘payroll’ jobs in 2017-18 may
be accepted.

Mr Jairam Ramesh and Mr Praveen Chakravarty are also respected academics. The two of them, in a jointly authored article, questioned the Ghoshs’ report. They argued that a new registration in any year did not mean a new job was created in that year; it could mean that an informal job was formalised and a non-subscriber became a subscriber in that year. According to them, demonetisation forced formalisation of jobs post November 2016 and the GST forced formal registration of businesses post July 2017, and the formalisation happened in 2017-18. (While formalisation was a gain, demonetisation and the GST also caused job losses and closure of thousands of small and micro businesses.) They also pointed out that the limited data available in the public domain indicated that the number of contributing members in the EPFO grew by 7% in 2014-15 and 8% in 2015-16 but, according to the Ghoshs’ report, the number jumped by 20% in 2016-17 and by a further 23% up to December 2017.
Prof Ghosh and Dr Ghosh posted a reply to the criticism. They asserted that they had counted only first-time employees and had taken care to delete a large number of EPFO account-holders who did not satisfy the strict criteria. The only concession they were willing to make was that the number of 70 lakh was a gross figure that included vacancies that were filled after the incumbent had retired.

The debate stands at an interesting stage. It is evident that the Ghoshs were given privileged access to data that is not in the public domain. So,

* firstly, the government must put all the EPFO subscriber data in the public domain;
* secondly, Prof Ghosh and Dr Ghosh must apply the same methodology and compute the number of EPFO-enrolled new jobs that were created in 2014-15 and 2015-16, the two NDA years before demonetisation and the GST. They should go further and compute the numbers for the UPA years (2004-2014) as well.

It is only a time series of data that will reveal the truth. Otherwise, the 70 lakh jobs claim will remain a boast and, in course of time, be regarded as a bluff.