US pharma giant Gilead uses ‘Double Irish’ tax loophole where to buy illegal steroids online the truth about anabolic steroids and its relation to health and fitness | fit for the soul
Must Read
Need a Loan Against Property? Check Rs 15 lakh LAP EMI & interest rate
Edtech’s future in India: Affordability and access can be casualties of innovation unless they receive explicit attention
Taming twin deficit: Tax imposed on fuel exports, levy on crude doubled
An inevitable decision: Duty hikes on oil are a practical move in the face of a tough external environment
Pause slide
Premium

Across the Aisle by P Chidambaram: Two divided democracies

The longest-serving Chief Justice of the US, John Marshall, had said: “It is emphatically the province and duty of the Judicial Department (meaning the US Supreme Court) to say what the law is”, and that dictum is sacred in the United States. 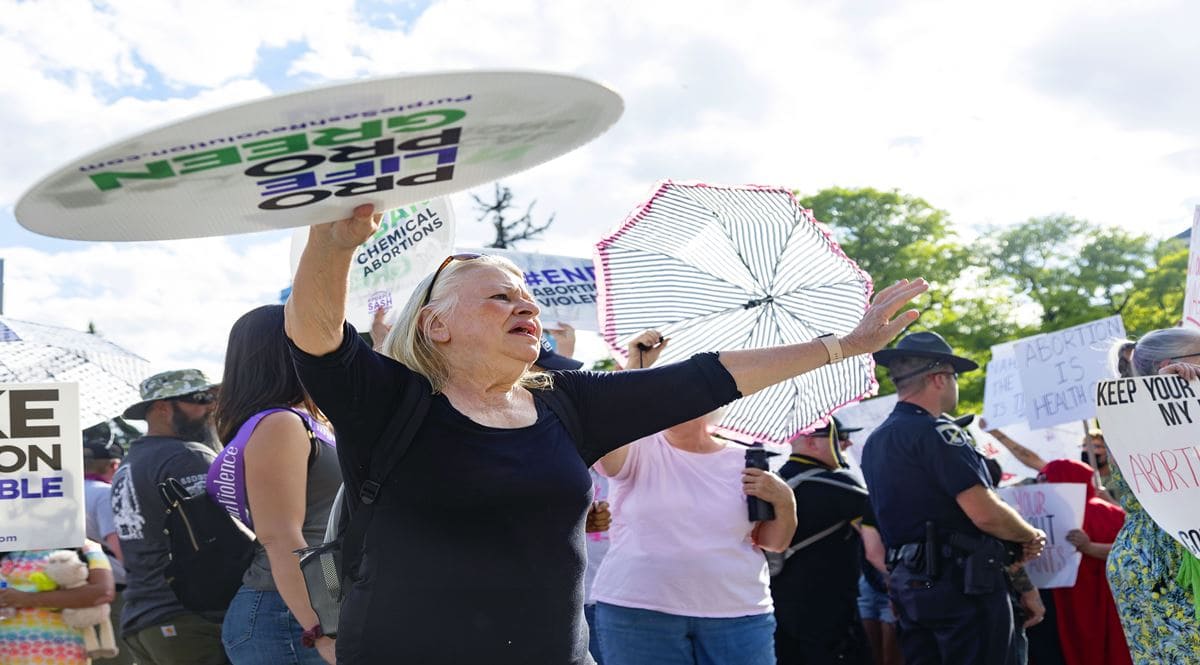 People attend an anti-abortion rally to celebrate the overturn of Roe vs. Wade in Idaho, United States (AP photo)

A survey conducted by Pew Research Centre between March 7 and March 13, 2022, found that a 61 per cent majority of US adults said abortion should be legal in all or most cases; 37 per cent were opposed. The divide is political too: Democrats and Democratic-leaning independents support abortion (80 per cent), and Republicans and Republican-leaning independents oppose abortion (38 per cent). The gap has increased since 2016 from 33 points to 42 points.

All this, however, is beside the point. What matters is ‘what do the justices of the US Supreme Court hold that the Constitution says’. The longest-serving Chief Justice of the US, John Marshall, had said: “It is emphatically the province and duty of the Judicial Department (meaning the US Supreme Court) to say what the law is”, and that dictum is sacred in the United States.

Also Read
Inside Track by Coomi Kapoor: Amit Shah’s imprint in Maharashtra’s ‘Operation Topple’
Rishabhian rhapsody: Cerebral cricketer and a proven match-winner
An inevitable decision: Duty hikes on oil are a practical move in the face of a tough external environment
Edtech’s future in India: Affordability and access can be casualties of innovation unless they receive explicit attention

In 1973, in Roe vs Wade, the US Supreme Court held that the right to abortion is part of the ‘liberty’ protected by several provisions of the Constitution including the ‘due process’ clause in the Fourteenth Amendment. Twenty years later, in Planned Parenthood of Southeastern Pa. vs Casey, the Supreme Court affirmed the conclusion in Roe vs Wade. Three generations of women in America have lived with the right to abortion.

On June 24, 2022, in Dobbs vs Jackson Women’s Health Organization, by a majority (including all three Trump appointees) of 5:3, the Supreme Court held that the “Constitution does not confer a right to abortion”. Calling the reasoning in Roe vs Wade “egregiously wrong”, the Court said that “the authority to regulate abortion is returned to the people and their elected representatives”.

At first blush, it appears that returning the authority to the “people” is the right thing to do. But “people” here does not mean all the people — or all the adults or all the voters — of the United States voting in a referendum. If it did, the people of the US would overwhelmingly vote in favour of Roe and Casey. “People” here means people divided by states, and “their elected representatives” means legislators elected by electorates of different sizes and from constituencies that had been carved out to suit partisan political interests — in short, ‘gerrymandered”.

Many Rights Threatened
America is divided as never before since at least the Civil War. One-half of the 50 states are expected to make or re-affirm laws that will practically outlaw abortion; the other half will allow abortions until the second trimester. Millions of American women will be denied the right to abort an unplanned or unwanted child; a rapist’s child; a child whose seed was sowed by incest; a child that the mother cannot afford to bring into this world or feed; or a child that will not get any love or care.

The US Supreme Court’s judgment is terribly flawed because the judgment, to the great shock of legal scholars, rests on the argument that “the Constitution makes no reference to abortion”. The Court also held that the right to abortion was not “deeply rooted in the Nation’s history and tradition”. If these were the tests of constitutionality, many rights that Americans take for granted in the 21st century would be obliterated. For example, the right to privacy is not mentioned in the US Constitution. Racism and race discrimination are deeply rooted in America’s history and tradition. Contraception will not be allowed. Sexual relations between two people of the same sex will be a criminal offence. The examples can be multiplied.

In my reading of Dobbs, I am of the view that returning the authority to regulate abortion to the people does not mean that a State can, by law, compel a pregnant woman to carry the child until its birth. The State’s law will apply only to residents within the territory of the State. The law will have no extra-territorial operation. The pregnant woman can go to a pro-abortion State and get the foetus aborted. The Federal Executive or a charity can fund the travel of a woman who desires or needs an abortion. The error in Dobbs is that it placed the right of the State above the right of the individual in a matter of intimate concern to the individual but of little concern to the society or the State.

Divided Nations
Thankfully, the Supreme Court of India has located the right to abortion in the right to privacy as well as in the right to life and personal liberty. In India, the law allows medical termination of pregnancy (MTP) up to 24 weeks of gestational age and thereafter on the opinion of two medical practitioners after satisfaction of one of many conditions, including the condition that the continuation of the pregnancy would result in grave injury to the woman’s physical or mental health.

After abortion was made legal, numerous surveys have found that the ability of women to study or work had increased significantly. Dobbs has revived the fault lines in America. America stands divided. So does India for other reasons. An India already divided by caste, religion, language and gender inequality is being further divided by the BJP’s majoritarian and centralizing policies, but that requires a separate essay.

Did you ever imagine there will be a day when the two largest federal democracies would be divided nations?