Across the Aisle by P Chidambaram: The Gramophone Company

Nupur and Naveen are loyal foot soldiers of the BJP and they listen to their leaders intently. 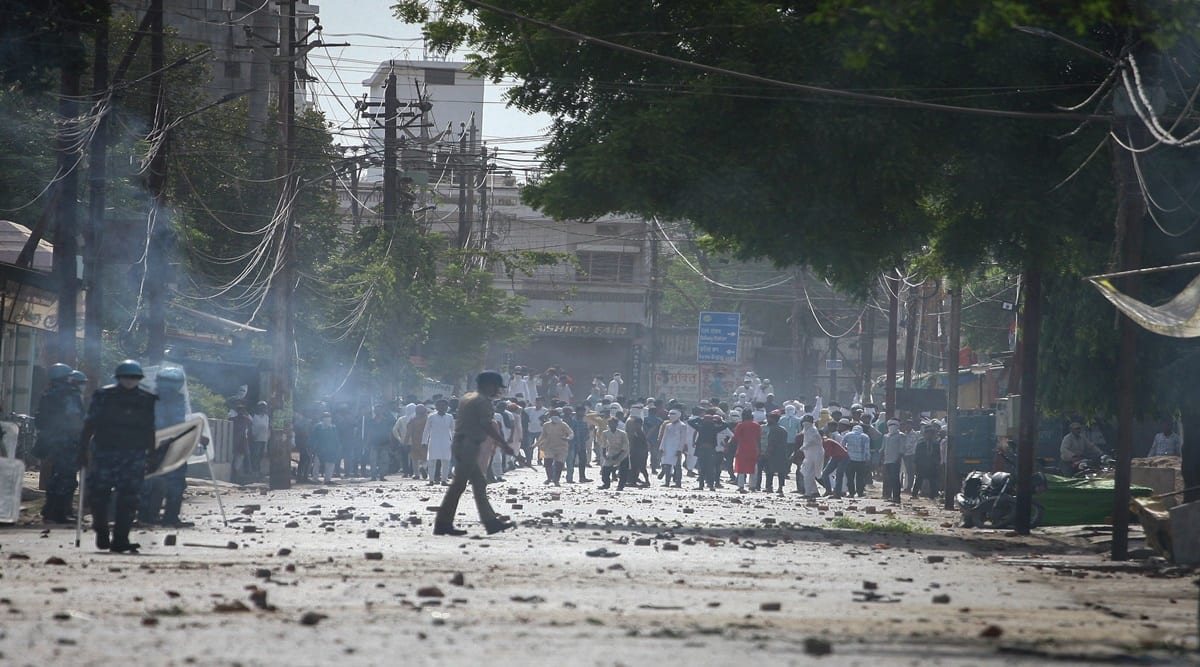 The Opposition, including the Congress, had repeatedly warned the BJP and the government of the consequences of its anti-minority policies and phobia.

Francis Barraud, a native of Liverpool and a painter, had a brother named Mark. Mark died. Francis inherited a cylinder phonograph player, recordings of Mark’s voice and Mark’s fox terrier named Nipper. When Francis played the records, the dog would run over to the phonograph and listen intently with a confused look about where the voice came from. Francis painted the scene and called it “His Master’s Voice”. The Gramophone Company bought the painting in 1899 for £100. The logo became so popular that, eight years later, the company changed its name to HMV. Nipper was immortalised with his own blue plaque in London in 2014.

Last week, when I read that two spokespersons of the BJP had been subjected to disciplinary action (Ms Nupur Sharma was suspended and Mr Naveen Kumar was expelled from the party), I remembered the story of Nipper. Without meaning any disrespect, let me refer to the duo hereafter as Nupur and Naveen. On June 5, Nupur received a letter that began with the words, “You have expressed views contrary to the party’s position on various matters”. It left me wondering what is the

BJP’s position on matters concerning Muslims and Christians who are citizens of India?

In the 2017 elections to the UP state legislature, the Prime Minister summed up his view of sabka saath, sabka viswas in a memorable speech: “If you create a kabristan (burial ground) in a village, then a shamsan (cremation ground) should be created. There should be no discrimination.” The words must have left a deep impression on Nupur and Naveen.

They heard the words of Mr Amit Shah on 11 April 2019. He said: “We will ensure implementation of NRC in the entire country. We will remove every single infiltrator from the country, except the Buddhists, Hindus and Sikhs… The BJP’s pledge is to get rid of the infiltrators… The illegal immigrants are like termites. They are eating the grain that should go to the poor, they are taking our jobs.” Nupur and Naveen must have been convinced that these were the right words uttered by the right person in the right place.

On 15 December 2019, at an election rally in Jharkhand, the Prime Minister said that the people “creating trouble” were “identifiable by their clothes”. Nupur and Naveen probably listened to that speech; and may have resolved to identify people by their clothes.

During the campaign in the elections to the UP legislative assembly, Mr Adityanath, the Chief Minister, repeatedly said, “The contest has moved much ahead. The fight is now 80 versus 20.” Nupur and Naveen must have heard these words and it must have been burnt into their consciousness that the “20%” was the enemy.

No one is in doubt about the BJP’s position on Muslims that can be traced to M S Golwalkar (‘Guruji’ in the RSS). Muslims are not wanted in India or in India’s Parliament and legislatures. Of the 375 BJP MPs in both Houses of Parliament, there will not be a single Muslim MP by the end of this month. The BJP did not field a single Muslim candidate in the elections to the 403-member UP assembly or the 182-member Gujarat assembly. In 11 states with a BJP chief minister, there is one Muslim minister. There has not been a Muslim as election commissioner in the ECI since Mr S Y Quaraishi retired in June 2012. The list is long.

In my view, Ms Nupur Sharma and Mr Naveen Kumar faithfully reflected the positions of the BJP on various matters. They listened to the Master’s voice and spoke in their own way.

The BJP is modern India’s The Gramophone Company.

The Opposition, including the Congress, had repeatedly warned the BJP and the government of the consequences of its anti-minority policies and phobia. They had warned the government on the anti-Romeo squads, the love jihad campaign, CAA, NRC, the abrogation of Article 370, the anti-conversion Bills in state legislatures, the raking up of non-issues like hijab, halal and aazaan, the Uniform Civil Code and many other issues that are clearly Islamophobic. The government turned a deaf ear. Now, when UAE and 15 other countries condemned the utterances of the BJP’s spokespersons, the government is scrambling its defences. The heavy artillery of the Foreign Minister has been withdrawn and the deft draftsmanship of the Foreign Secretary brought into play.

The sad truth is that the Prime Minister has not uttered a word of condemnation. He thinks that he can ride this storm too. And life will go on. Truth is, political life will not go on in India to the exclusion of 202 million Muslims. This time, it is not the Opposition, but the world that has forewarned Mr Modi.