Across the aisle by P Chidambaram – Right to Speak, Duty to Hear

The issue that hangs as a dark cloud over the Rajya Sabha is the suspension, on the first day of the session, of 12 members of the House belonging to different Opposition parties for the remainder of the session until December 24. 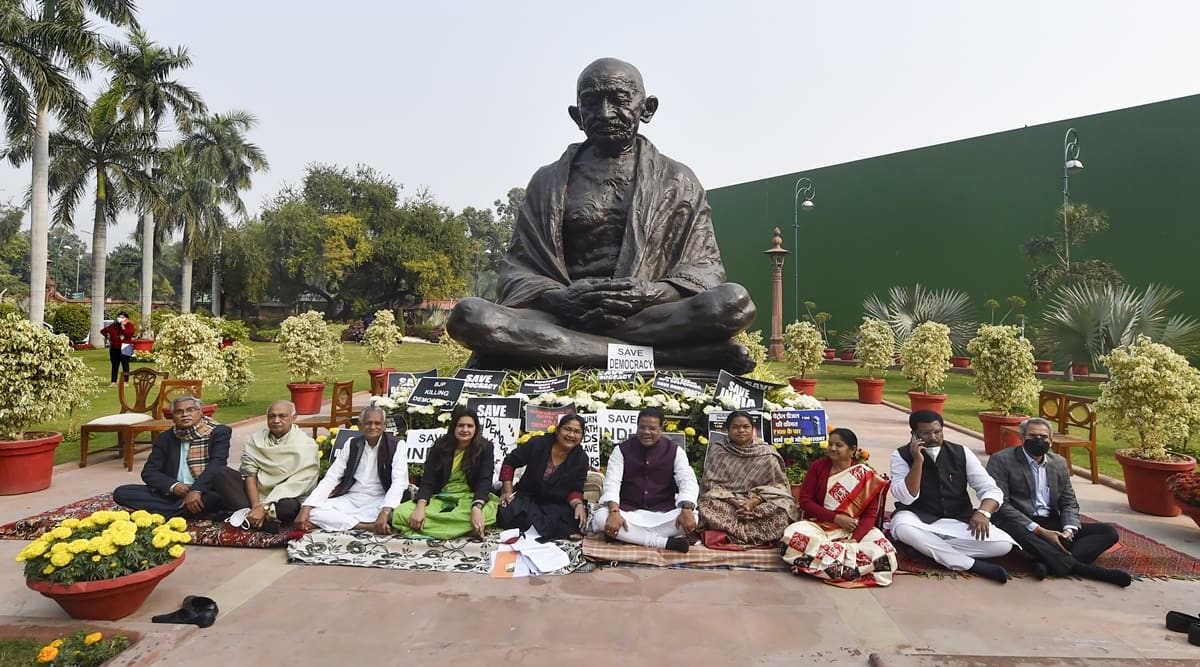 The Winter Session of Parliament commenced on November 29, 2021. The Lok Sabha is debating Bills, motions, etc. every day. Discussion on several subjects has taken place. But the Rajya Sabha is in turmoil. The issue that hangs as a dark cloud over the Rajya Sabha is the suspension, on the first day of the session, of 12 members of the House belonging to different Opposition parties for the remainder of the session until December 24.

The entire Opposition is agitated, some more, some less. All the Opposition parties protested together, marched together and addressed the media together. Inside the Rajya Sabha, however, while some refused to participate in any manner, some asked questions during Question Hour or made Special Mentions. In the lobbies and in the Central Hall, there are conflicting views. Outside the House, the 12 suspended members, sitting on a dharna at the foot of Mahatma Gandhi’s statue, are incensed. It is an unprecedented situation.

The Origin, the Surprise
The genesis of the dispute is what happened on the last day of the previous session — August 11, 2021. According to the Parliamentary Bulletin Part I of that day, certain members “entered the ‘well’ of the House, displayed placards, shouted slogans and persistently and wilfully obstructed the proceedings of the House.” The Bulletin listed the names of 33 members. No action was taken or hinted at.

What happened — if true — was unfortunate but not unprecedented. Arun Jaitley, a former Leader of the Opposition, had once declared that obstructing the business of the House was a legitimate parliamentary tactic. In any event, the incident had occurred on the last day of the previous session and at 7.46 pm on August 11 the House had been adjourned sine die without taking any action.

What started on November 29 was a new session. The proceedings started at 11 am. After obituary references, the House was adjourned for an hour as a mark of respect, it reconvened at 12.20 pm and normal business was resumed. After the lunch recess, at 2 pm, the Farm Laws Repeal Bill was taken up and passed without a discussion at 2.06 pm (on that, I shall reserve comment). The House was adjourned and re-assembled at 3.08 pm. Out of the blue, a minister moved a motion to suspend 12 members for the remaining part of the session, the motion was adopted, members protested, but the House was adjourned at 3.21 pm (according to the Parliamentary Bulletin Part I dated November 29.)

The Rule that applies to suspension of a member is Rule 256 (see box). The Rule is clear. The verbatim record of the Rajya Sabha does not show that any member was named on August 11. It was only when the Rajya Sabha re-assembled at 3.08 pm on November 29 that the Minister of Parliamentary Affairs moved a motion to suspend the 12 members, and the Bulletin says the motion was adopted. There was no attempt to put the motion to the House or take a vote. Opposition members are unanimous that a vote was not taken. The Treasury Benches do not refute that position.

Democracy Diminished
On December 16, the Opposition moved a motion under the proviso to Rule 256(2), which allowed a motion to be moved “at any time” to terminate the suspension of the members. The Presiding Officer rejected the motion on technical — and questionable — grounds.

Next Story
Elevating employee experience can tide over The Great Resignation