Across the Aisle by P Chidambaram: Precious resource in peril

I have diligently followed the Annual Status of Education Report (ASER) that is published periodically. We had the reports for 2018 and 2020. Now, the ASER report for 2021 has been published on November 17, 2021. 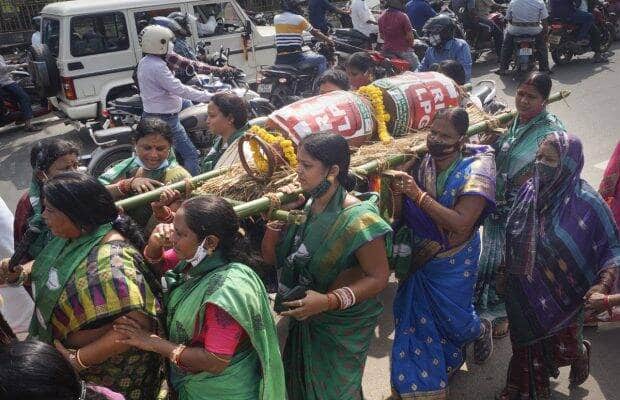 The Central government and its ministers speak ad nauseum on the threat from Pakistan, hostility of an unnamed neighbour (China), Hindutva, disruption of Parliament, andolan jeevis (perennial protesters), dynastic politics, 70-years-of-no-development, India is a vishwa guru (teacher to the world) and so on. However, I have not heard them speak of the status of our children, especially the status of our children’s health and education.

I have diligently followed the Annual Status of Education Report (ASER) that is published periodically. We had the reports for 2018 and 2020. Now, the ASER report for 2021 has been published on November 17, 2021.

At about the same time, the National Family Health Survey-5 (2019-21) was published. It follows the same pattern as NHFS-4, and that is helpful for making a comparison. The two reports — ASER 2021 and NFHS-5 — capture the picture of real India, unlike the BSE index or the NIFTY index that capture the health of no more than 100 listed companies. These reports have been in the public domain for the last two weeks, but I cannot recall the Prime Minister or the Education Minister or the Health Minister speaking on the two subjects.

The two reports assess the impact of the pandemic. They cannot be brushed aside as the results of a one-off occurrence. The conclusions of the reports are depressing. Let me list the key findings:

1. There is a clear shift in enrollment from private to government schools.

2. There is a steady increase in children taking ‘tuition’.

3. Smartphone ownership has increased but children’s access remains an issue.

4. There is a decrease in learning support at home as schools reopen.

5. There is a slight increase in learning materials available for children.

1. The Total Fertility Rate has reached 2.0 (slightly below the replacement rate), but the population of three states (also among the poorest) continues to grow at a higher rate.

2. Sex ratio among children born in the last five years has dropped inexplicably to 929 (females to males).

3. Sanitation, Clean Fuel and Health issues continue to be challenges to millions of families.

4. Mortality rates are falling, but are unacceptably high.

5. Stunting, Wasting and Anaemia are grave challenges to children.

Juxtapose the first set of conclusions on Education with the second set of conclusions on Health. It will be evident that the most precious resource of any country — children — is neglected in India, and there is scarcely any public discussion on the subject. Even the ministry exclusively set up for their welfare, the Ministry of Women and Child Development, seems to be in deep slumber.

Inequality among different sections of the people is observed in all countries. Income and wealth are the biggest differentiators. In India, those differences are aggravated by religion and caste. People from disadvantaged social and economic groups are among the poorest and the most unemployed, discriminated against and neglected by the State. You may imagine the status of their children’s education and health in comparison to other children’s.

ASER and NFHS have not done a religion- or caste-based enumeration or analysis of the data. They are about all children. Let’s consider what kind of children are growing up in contemporary India, especially when the country is affected by a pandemic. My conclusions are:

Will the Prime Minister, the Chief Ministers and the Central and state governments spare a thought — and utter a word — about the worrisome state of our children’s health and education?

Next Story
Kerala has the right idea with vaccine mandate