Across the Aisle by P Chidambaram: Only two cheers for the economy

The government, led by its departing Chief Economic Adviser, continues to harp on supply-side measures and their ability to turn the economy around. 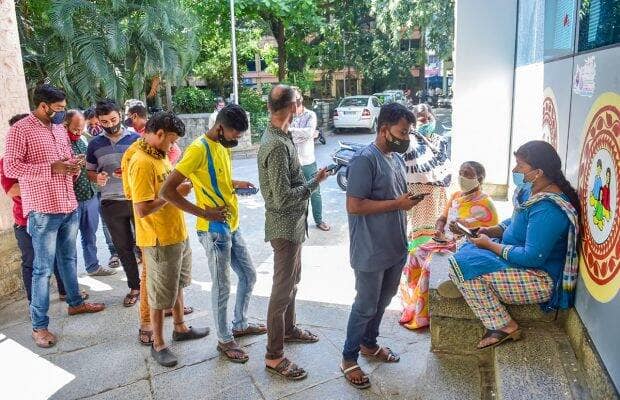 The debate has returned even while the lead debater on the side of the government is preparing to leave. Has the economy turned the corner? And are we on the road to double-digit growth? The CSO estimates of growth for the second quarter (July to September) of 2021-22 have brought some cheer to the government. A GDP growth rate of 8.4% in Q2 cannot be scoffed at even if it is on a low base of -7.4% in Q2 of the previous year. Not even if it is, sequentially, lower than the 20.1% of Q1 of 2021-22.

The numbers that have brought a smile on the face of the government are what are called ‘high frequency indicators’ such as tax collection, UPI volume, e-way bills (volume), railway freight traffic, electricity consumption, etc. They are numbers, not people, and certainly not people dependent upon the informal sector of which we have no data or people lower down in the economic pyramid.

Premature celebration
It is a sobering thought that while the officials of the Ministry of Finance were gloating, the other ministers and ruling party MPs were silent, and the people were not exactly celebrating! The CSO estimates-inspired headlines vanished in a day or two and what re-occupied the space were the prices of petrol, diesel, cooking gas, tomatoes, onions and the lack of customers in Market Street.
The same CSO estimates pointed to the fact that people were not buying enough and consuming enough. Private consumption is the foremost engine — among the four engines — of growth. It accounts for nearly 55% of GDP. Let’s consider the numbers of private consumption in the pre-pandemic years (2018-19 & 2019-20), the pandemic-affected year (2020-21) and the so-called recovery year (2021-22): (see table)

Economising on expenditure
Why are people consuming less in the so-called recovery year than in the immediate pre-pandemic years? There could be many reasons, that will apply to the bulk of the population:

In my view, “all of the above” is perhaps the correct answer. Data show that many have lower incomes, many have lost their jobs, many have lower disposable income because of higher taxes (fuel taxes, GST rates) and many businesses have shut down. It is also likely that many people are saving more out of fear of being infected by coronavirus.

I have found in my conversations with families that the fear is ‘what if I or someone in my family is infected by the virus’. It is a genuine fear because, according to the figures published every day, only 50.8% of the adult population of India has received both doses of the vaccine, 85.1% have received their first jab, and about 15 crore adults are not vaccinated at all. Children are not vaccinated. The dazzle of big, fat weddings, airplanes filled with holidayers, eating out and Black Friday buying sprees are confined to the big cities and Tier 2 towns. The mood in the villages is sombre. There is fear or, at least, worry.

Wrong prescription
The government, led by its departing Chief Economic Adviser, continues to harp on supply-side measures and their ability to turn the economy around. Supply is relevant only if there is matching or excess demand. If demand is sluggish, producers and distributors will perforce cut back production — witness what is happening in the auto industry, especially two wheelers.

The correct prescription to revive the economy — a course that the Modi government has shunned and occasionally ridiculed — is to stimulate demand, especially among the bottom one-half of the population. I have argued consistently for cutting taxes on fuels and some other goods; for cash transfers to the very poor; and for fiscal support to enable closed-down micro and small enterprises to re-start and re-hire workers. The pleas have fallen on deaf ears.

Next Story
The long and short of it