Across the Aisle by P Chidambaram: No political price yet 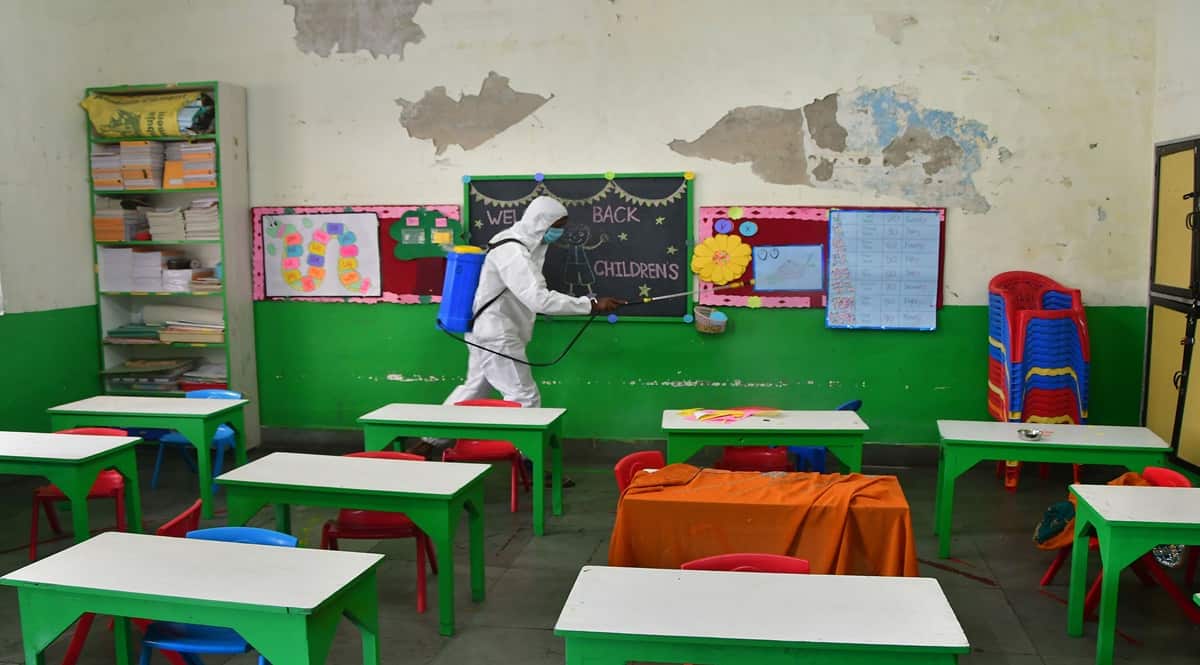 A worker sanitises a classroom at a school ahead of its reopening in Mumbai (Image: PTI)

It is nice to hear voices singing a different tune. Once-upon-a-time Chief Economic Adviser, Dr Arvind Subramanian is, currently, a Senior Fellow at the Watson Institute for International and Public Affairs at the Brown University. He has excellent academic credentials and is a prolific writer. In an article in Foreign Affairs in December, Dr Subramanian has found fault with the economic policies of the government going under the tagline Atmanirbhar Bharat.

Dr Subramanian’s top three concerns are subsidies, protectionism and shunning of regional trade agreements. His other concerns include suspect data, anti-federalism, majoritarianism and undermining of independent institutions. He has, unwittingly, let out the reasons why he left the government in 2018 after nearly four years when the government was happy to continue with him. He was not happy and perhaps anticipated that things will become worse.

Things have indeed become worse. The average tariff that was about 12 per cent under the UPA government has now increased to 18 per cent. There is indiscriminate use of safeguard duties, anti-dumping duties and non-tariff measures. India walked away from multilateral trade agreements that would have enormously benefited the country. It is ironic that while

Another once-upon-a-time economic adviser is also disenchanted with Mr Modi’s economic policies. Dr Arvind Panagariya is currently Professor of Economics at Columbia University and was Vice-chairperson of the Niti Aayog. In a recent article in The Economic Times, he sang the praises of the government but kept the sting in the tail. He wrote: “… it must open the economy wider through free trade agreements as well as roll back high tariffs, fix the higher education system by replacing the archaic University Grants Commission Act of 1956 by a modern law, and broaden the bases of both direct and indirect taxes. Privatization of PSUs must be accelerated and of PSBs begun.”

Apart from the fact that Dr Arvind Subramanian and Dr Arvind Panagariya were government ‘insiders’ until a few years ago, both are liberal economists, teach in reputed academic institutions, and are supporters of the private sector-led model. While they do not hesitate to identify the shortcomings of the economic policies, they are reluctant to list the disastrous consequences of such shortcomings.

Readers of this column know what the consequences have been:

While the people bear the economic price of the wrong policies and their consequences, the Modi government has not yet been called to bear the political price. In any other liberal democracy, the home-bound trek of millions of poor workers without money, food or medicines; the shocking shortage of oxygen, hospital beds, medicines, ambulances and even space in crematoriums and burial grounds; the uncertified and uncounted deaths of millions due to Covid-19; the thousands of bodies left to float on the Ganga or left on its banks; the callous neglect of the education of millions of children when the schools were ordered to be shut; and the rising number of unemployed youth, would have challenged the government’s survival. Here, the government carries on nonchalantly, shuts down debate in Parliament, pursues Luddite policies, and dazzles the people with State-sponsored religious spectacles.

The Budget (2022-23) is a few days away. It would be a tragedy if the government believed it is Teflon-coated and need not change course. The threat of paying a political price is the only deterrent to an uncaring government.