A sporting nation: The Commonwealth Games success and a quiet revolution 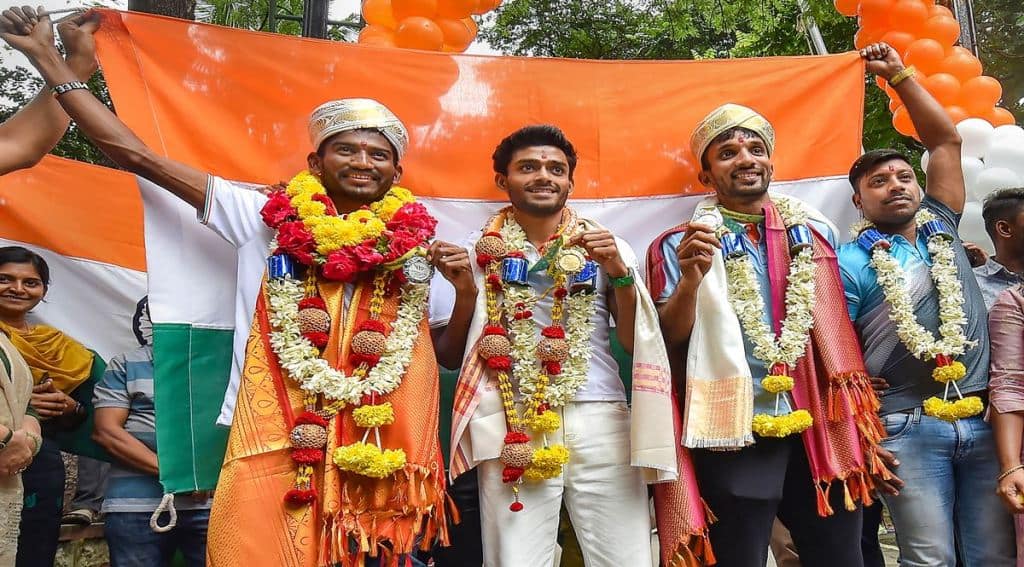 Eldhose Paul and Rupa Rani Tirkey may not be household names in India, even after clinching gold at the just-concluded Commonwealth Games, but they may be signs of a quiet revolution taking place in Indian sport.

The triple jumper and member of the champion lawn bowls fours team were not expected to reach the top step of the podium in Birmingham, as India didn’t have much of a history at these events at the top level, but proved the naysayers wrong. Similarly, there were medals in judo, and a most heartening silver in the men’s 3000m steeplechase where Avinash Sable ran the formidable Kenyan trio close and missed the top spot by a whisker.

If one reads it with the excellent performances of several Indian track and field athletes at the Under-20 World Championships in Cali, Colombia, there is much to look forward to in the coming years.

Gone are the days when any medal, of any colour, at a major event used to be treated as an unexpected boon. On some of the days during the recent CWG, a few medals had to be consigned to the margins of pages due to space constraints and other editorial considerations.

It is pertinent to recall that India returned medal-less from three consecutive Olympics in the 1980s and 90s (Los Angeles ’84, Seoul ’88 and Barcelona ’92). If one leaves aside the eight hockey gold medals, KD Jadhav with his wrestling bronze at Helsinki 1952 was the only individual on the podium till Leander Paes at Atlanta 1996. Until Athens 2004, there was just a single Indian medallist. Indians were almost resigned to celebrating near-misses (Milkha Singh, Rome 1960, PT Usha Los Angeles 1984). Now, we expect 6-7 medals and the target is to reach double figures before too long.

The standard of the CWG may be a few notches below the Olympics, various World Championships or even the Asian Games (in certain sports), but the heartening fact is that Indians are making their presence felt in many more sports now, some of which may not have much of a tradition in the country. The unprecedented medal haul in athletics (despite Olympic javelin throw champion Neeraj Chopra’s absence) and podium finishes in judo and lawn bowls ensured that India almost matched their tally of four years ago, even without their banker sport shooting being in the Birmingham programme. Wrestling, weightlifting and boxing were always expected to contribute heavily as the level of competition wasn’t too stiff.

It may be too much to expect all the CWG medallists to repeat their feats in tougher fields, but what they can definitely do is create a base and reference point for those coming through the ranks. So, an upcoming steeplechaser will feel that the Kenyans are beatable, a young triple jumper will be confident against top competition, and future lawn bowls teams will know that the country where the sport originated can be beaten at it.

Former long jumper Anju Bobby George, who was the lone torch-bearer for Indian athletics in the early years of the 21st century, describes the change in mindset and what India has learnt from sporting powerhouses.

“Earlier, it was an individual struggle to come up, because there was no collective support. If someone is doing better, they will go and perform and get a medal. But now, the planning is proper. This is how every country is working. Why is China getting more medals? Because they are properly planning for events they are good at, and wherever there’s less competition, they are fielding their teams. That’s how all other countries are doing and now we are also supporting athletes. Even in TOPS, we supported newer sports like fencing and cycling,” Anju said at a recent The Indian Express Idea Exchange interaction.

This constant endeavour to diversify in search of medals assumes added significance as newer sports keep getting introduced at the Olympics, and there is a threat to several established sports. Traditional hockey – the 11-a-side format – may be threatened by its five-a-side avatar. At the CWG level, many of India’s strong suits may be missing in editions to come. In addition to shooting, wrestling – a sport in which India amassed 12 medals, including six gold, at Birmingham – may not be there at the 2026 Games in Victoria, Australia.

And to look at the even bigger picture, India can be called a sporting nation – rather than just a sport-watching one – if there are a wide variety of disciplines played at a high level. If there is a large number of practitioners of a sport and the scouting system is robust with the infrastructural and financial support in place, one can expect even more medals at major events, that too from a variety of sources.

Next year’s Asian Games and the 2024 Paris Olympics, a level or two higher than the CWG in terms of competition, will be apt stages to test that evolution.