A bright spot in the corona-crisis: How the calamity will push politics to reflect world’s shift toward community

The pandemic, which proves beyond doubt that we sink or swim together will push politics to reflect the world’s shift toward community. 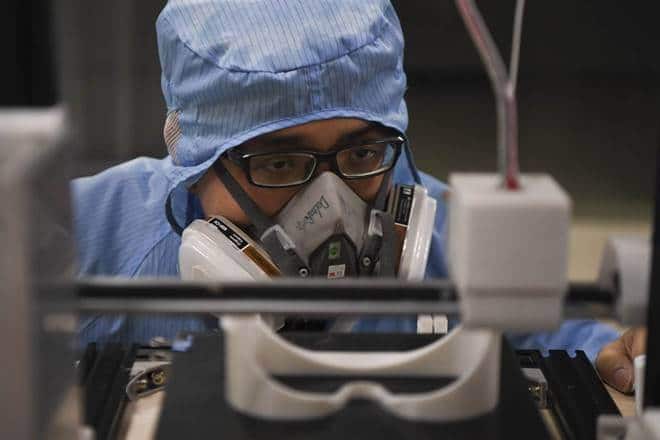 This shift is already being seen in the approaches to the huge government spending that is necessary in this crisis to simply sustain economies.

Despite the trauma and confusion surrounding the coronavirus outbreak, the bougainvillea right outside my shower continues to thrive under my delighted care. It is important—always, but right now in particular—to focus on things that bring unadulterated joy.

Better still, it appears that most people are reacting to the lockdown/quarantine measures with the recognition that we are all in this together. In other words, self-interest, which most of us are good at, is merging with community interest. There is such an outpouring of support, help, ideas (some crackpot, to be sure), creativity, and just plain love that I have no doubt that we will come through this stronger than ever.

This new humanity will strike an overdue body blow to the divisive politics that the globe has been suffering over the past decade or so. To be sure, people all over the world were already getting to a point where revolution—inquilab!—was a word heard increasingly in many countries. In that sense, the pandemic, which shows, beyond a shadow of a doubt, that we sink or swim together, was amazingly timely.

Everyone is helping and learning from each other, and when the trauma passes, we will be left with stronger relationships and a sharing culture, like the myriad stories of Hindu families providing support and care to Muslims who had suffered in the recent Delhi riots, and, indeed, the other way around, where it was necessary. These will become the norm.

Of course, it would be naïve to believe that the divisive politicians, like Trump or Bolsonaro or Modi, whose bread and butter was finding creative and horrifying ways to keep people apart, will simply roll over and play dead. Trump, of course, is finished; Brazilians are already saying “The coronavirus needed to arrive for people to see that he (Bolsonaro) is a fraud; in India, the CAA/NRC/NPR protests are unshakeable and will remain—indeed, intensify—moving to social media, and back to the streets when possible.

Already, the protests have thrown up hundreds, thousands of young, articulate, committed leaders from all communities—scores of women, Muslim and Hindu, Dalit activists, activists from Assam, Bengal, Tamil Nadu, indeed from all across the country—joining the experienced old hands from, again, all communities that have been putting themselves on the line for decades. The new “we are all in this together”-ness that the crisis is creating will naturally support these forces, which, for years, have been saying the same thing—we need to work together—in every area. It is clear that we are all graduating from self-interest (our natural state) to help-each-other-to-help-ourselves and, in many, many cases, simply to help-each-other. The world is moving to community, and politics will automatically reflect this.

This shift is already being seen in the approaches to the huge government spending that is necessary in this crisis to simply sustain economies. Most countries recognise that the first line of support (other than for medical expenditure) has to go to poor people, part-time and gig workers, either through direct support, increased unemployment benefits, or the like. Governments need to develop mechanisms to put money directly in the hands of people rather than funneling it through companies or banks—the lessons of 2008 have finally been learned. To be sure, many companies, particularly small businesses, will need support as well, some to simply survive, and others to keep on as much of their staff as possible. There are multiple mechanisms under consideration everywhere, like deferring tax payments, extending loan repayment tenors, and providing direct loans or interest subsidies. Speed, of course, is of the essence.

The markets, which are still taking up too much of the government’s time and focus, will remain in the dumps. First of all, the huge increase in fiscal deficits—a minimum of 5%, I would bet—will ensure that interest rates will no longer remain underwater. The sudden jump in the US 10-year yield last week was a signal. Secondly, since it will take time for citizens to come out spending even after the crisis is over, governments will need to look to different sources to rebalance their budgets. Perhaps, finally, the focus will shift to taxing capital assets at a rightful rate.

Thus, equities—globally—will remain soft; they may even fall from current levels, but they certainly aren’t coming back to January levels for a long, long time (measured in years). Bonds will also be dangerous, as the impact of huge government spending filters into the market. Making money from money will become increasingly difficult, which is no bad thing.

And, my bougainvillea will continue to bloom.

The author is CEO, Mecklai Financial. Views are personal