Time for a reality check on growth

The NDA government is starting its third year. It has had the unenviable task of reviving growth and return it to its 8% potential. 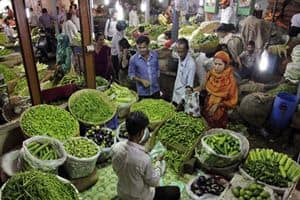 At a macro level, high inflation was due to fiscal expansion underpinned by rising social expenditures and a relatively easy monetary policy anchored to WPI inflation. (Reuters)

The NDA government is starting its third year. It has had the unenviable task of reviving growth and return it to its 8% potential. On the surface, things seem on track with 7.5% GDP growth projected for FY17, but visible fragility lurks underneath. The mission was always formidable, considering the preceding two years were marked by persistent recessionary conditions abroad, trend deceleration in world trade, financial volatility and macroeconomic policy uncertainties. However, experts believed the job was doable because problems were largely domestic; the government had the mandate and commitment to resolve bottlenecks, and was blessed with huge benefits from terms-of-trade windfall to facilitate its efforts. So how has the government accomplished this task so far?

When it assumed office on May 26, 2014, there was near-consensus that India’s stagflationary situation was mainly due to domestic reasons; external factors played a marginally role, if any. At a macro level, high inflation was due to fiscal expansion underpinned by rising social expenditures and a relatively easy monetary policy anchored to WPI inflation. This meant negative returns to depositors facing retail inflation, lower savings and declining investments; diversions to gold as inflation hedge created balance of payment pressures; and a weakening rupee fed into inflation, closing the loop. At a micro level, inflation arose from persistently high food prices from generous farm price-support (MSPs) and welfare (MGNREGA) spending-driven acceleration in rural wages; private investment was deeply impaired by stalled projects due to government inaction, or ‘policy paralysis.’

On the stabilisation front, macro-micro actions seem swift, although the quick outcomes have surprised. Inflation, fiscal and current account deficits have remarkably improved; foreign direct investment has picked up. Steady fiscal consolidation and inflation targeting have helped credibility. Both government and RBI have been quick to claim credit, and India is described being in a “global sweet spot” or “Goldilocks situation.”

A fair analysis would qualify that underlying structural issues remain mostly unaddressed. Policy actions, particularly in agriculture, have been restricted to short-term supply management; have often been anti-market in direction, which raises sustainability concerns. Stability as such appears to have been achieved from demand compression entrenched in the macroeconomic framework in operation, although the jury is still out on how much was due to ‘good luck’ (oil price crash). Inflationary expectations near double-digit levels and the current panic ripples in India’s bond market as oil prices head to $50 per barrel suggest that upholding macro stability could be seriously tested ahead.

Have policy efforts revitalised private investment? The monetary policy stance to boost savings via higher real returns has come a cropper: bank deposits decelerated as household savings stagnated. Aggregate investment has steadily declined. Anemic growth of bank credit, especially to industry, suggests private investment recovery can only be a medium term prospect for banks and large firms are still struggling with bad assets and over-indebtedness. The government’s and RBI’s responses to these developments are quite intriguing: these conform to suspicion that a strong rebound in credit demand is not anticipated; therefore, they are going slow in recapitalising public banks, deploying scarce budgetary funds towards public infrastructure instead.

This raises questions about the efficacy of the ‘crowding-in’ strategy: public capex increases have been modest—it rose to 10.4% of GDP in FY15 from 9.9% previous year, and was scaled back to 10% in FY16. These small magnitudes reflect that savings from a restructuring of revenue expenditures have not quite conformed to initial expectations: rationalisation of subsidies and other social expenditure through Jan-Dhan remains a work-in-progress; food, fertiliser and kerosene subsidies persist, while a plan to reroute LPG-subsidy through Ujjwala is in the works; welfare entitlements endure.

A major, lasting consequence of the fall-off in investment is that potential output has reduced. RBI staff research estimates that representative potential growth slipped to 6.7% in FY15 from 7.6%-peak in 2003-08. If the level of output capable of sustaining noninflationary growth has lowered, surely that limits prospects of returning to an 8% plus growth path anytime soon?

A pertinent question arises in this context: Why is the link between macrostability and growth missing? Why have ‘good’ macroeconomic policies, i.e. inflation targeting and fiscal discipline, failed to stimulate investment? But then, which country in the world expects investment to revive and growth to accelerate when compressing demand through fiscal-monetary contraction? An implicit point to ponder is if the fiscal multiplier is muted when overall aggregate demand is shrinking.

Under such macro conditions, growth could only have come from productivity gains realised through deep structural reforms. It seems then that the government’s narrative constructed around ‘incremental reform’ has not much reassured investors. The economy is split around two counter storylines: one, that efficiency gains by domestic firms have added economic value, and two, exports are dropping because they aren’t competitive anymore; one isn’t sure though if both descriptions refer to the same set of firms! The trend deceleration of exports, a primary driver of investment demand, suggests if the role of global factors in the cyclical slowdown was mistakenly underestimated.

As the government’s third year begins, fragile signs cast uncertainties around growth. Recent trends in IIP, exports, capital and non-capital goods’ imports, car sales and several other indicators suggest a discernible demand slowdown as terms-of-trade benefits ebb off. Non-performing assets are higher than in 2014, banks more troubled, while the slack in capital and labour has risen. Should oil-commodity prices move up in 2016, macroeconomic policy spaces will get tightly squeezed, raising concerns about the risk of a cyclical downturn stretching into a structural one!

The author is a New Delhi-based economist