Your Money: Central bank’s role in an interconnected world 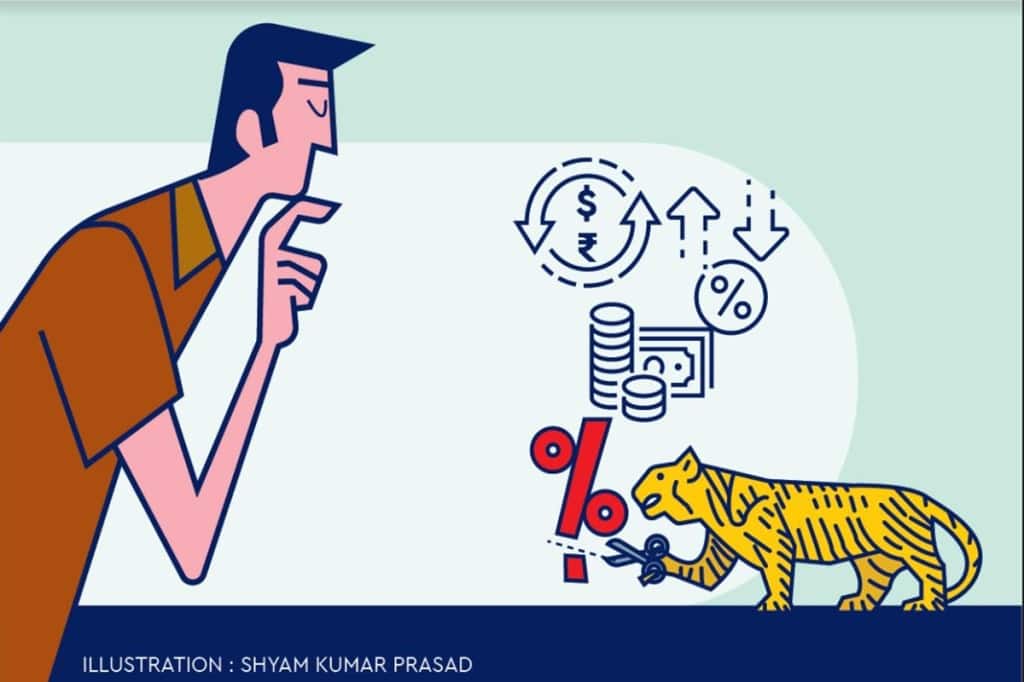 A central bank such as Reserve Bank of India (RBI), periodically intervenes in the debt market to influence the interest rates and rate of inflation in the economy. If RBI feels inflation is too high, it will sell government securities, and suck money out of the system. This act will push up interest rates in the economy, and business will cut back on capital expenditure finaced by loans, reducing the demand for money..

On the other hand, if the central bank feels the economy is heading towards a recession, it will buy government securities from the banks, and inject money into the system. The additional availability of money will bring down interest rates.

Depreciating rupee
Central banks also intervene periodically in foreign exchange markets. If the rupee is rapidly depreciating, RBI will sell dollars in the market. This will increase the supply of dollars and the demand for rupees, causing the rupee price of the dollar to come down. On the contrary, if the rupee is rapidly appreciating, RBI will buy dollars and inject rupees into the economy. This will increase the demand for dollars and the supply of rupees, thereby leading to an increase in the rupee price of the dollar.

If RBI sells dollars to stem a depreciating rupee, it will reduce the supply of money in the domestic economy. This can cause interest rates to rise. To prevent this, after selling dollars, the RBI can buy government securities and inject rupees into the economy. This is called a sterilised intervention.

Similarly, if RBI buys dollars to prevent the rupee from appreciating, it will lead to an injection of money into the domestic economy. This will cause interest rates to fall. To prevent this, after buying dollars, RBI can sell government securities and suck money out of the economy. This too is sterilised intervention.
Interest rate movements in a foreign economy can stimulate action on the part of RBI. If the Federal Reserve reduces money supply in the US, interest rates there will increase. This will reduce FII investments into India, because US debt investments would have become more attractive. The reduced demand for the rupee due to less interest on the part of global institutional investors, will cause the rupee to depreciate.

In response, RBI can sell dollars from its reserves to prop up the Indian currency. On the other hand, if interest rates in the US or the EU were to fall, FIIs will ramp up investments in India. The resultant demand for rupees will cause the rupee to appreciate. In response, RBI will buy dollars and inject rupees in to the system. In both these cases, RBI may choose to intervene in a sterilised or an unsterilised fashion.

Thus, economic forces in a foreign country may have implications for domestic interest and inflation rates, and the exchange rates of the domestic currency with respect to foreign currencies.