Travel Insurance: Keep this in mind while exploring your favourite Web-series destinations in real life

Watching web-series shot in captivating destinations make you feel the intense desire to leave the screens and experience the destinations for real. Here is why travel insurance cannot be ignored before visiting these tourist hubs. 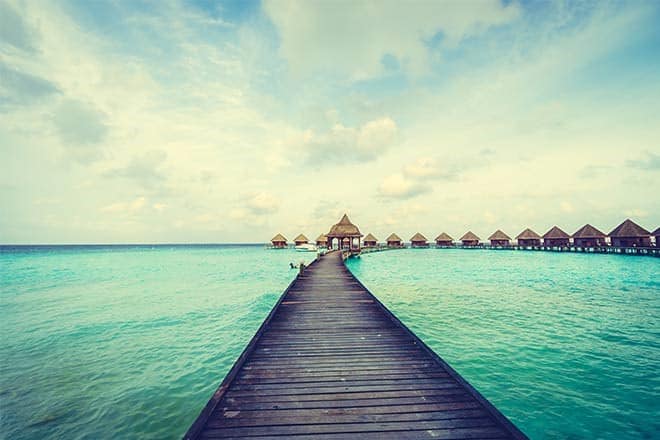 It is important to research your destination before you travel and understand what travel insurance cover should be taken according to the location and for the planned set of activities while you are abroad.

Binge watching your favourite soap opera on Netflix or the television with some good food is the newest found stress buster of millennials, right? Television and web series have shifted from being mere entertainment media to more of an inspiring platform. And often these shows are shot in captivating destinations, stirring the wanderlust in many. And all they end up making you feel is this intense desire to leave the screens and experience the destinations for real.

With this growing addiction to globe trot, tourism is literally swelling to the otherwise considered to be offbeat destinations. Thanks to the cinematographers who give you a travelgasm.

Let’s look at some regions that have become tourist hubs recently and the shows that made that possible:

Northern Ireland – ‘Winter is coming,’ but have you visited the iconic Winterfell, House of Stark, yet? An eighteenth-century mansion called Castle Ward near Strangford, Co. Down was the site used for shooting the House of Stark. Northern Ireland is your one-stop for exploring Game of Thrones, from Lordsport Harbour – Theon Greyjoy’s home to Inch Abbey Robb Stark’s Camp, Riverrun.

Croatia—It is another destination that saw a large flow of tourists after the Game of Thrones. It was the main filming location for King’s Landing.

Scotland – The epic war film Braveheart was shot partly in Scotland. The cinematography of Braveheart beautifully captures the Scottish landscape.

Greece— It has been gorgeously portrayed in the movie Mamma Mia, which is considered as the best movie to inspire Greek travel.

New Zealand – It was the filming location of The Lord of the Rings movie trilogy.

England – Highclere Castle in rural England was used as the set for the fictional “Downtown Abbey.” The castle has hosted prime ministers, kings and queens and has a real history steeped in the British aristocracy.

While these destinations can be of the highest priority for your travel goals, you never know how tourist friendly these places can be. For instance, Croatia or Greece or Malta are destinations where people seldom understand any foreign language. Exploring such places as a solo traveller is thrilling but sometimes difficult. Imagine getting stuck with a medical emergency and being unable to make any international calls or make a payment at the hospital.

In such destinations getting travel insurance is as important as getting your visa. In such cases, options like insurance policies that provide facilities like missed calls or advance cash play a critical role.

When you are travelling to another country, you will want to be protected against any unexpected emergencies which may not be always medical in nature. Right from losing one’s passport to getting into a scuff with your Airbnb owner, life can throw lemons at you!

Therefore, it is important to research your destination before you travel and understand what travel insurance cover should be taken according to the location and for the planned set of activities while you are abroad. Here are a few main areas that your travel insurance should cover:

Medical cover: A medical cover is essential even if there is no history of medical conditions as this will also cover accidents, health risks and emergency dental care in some policies. And the cost of medical treatments in these countries can be pretty expensive, maybe even more expensive than your flight tickets!

Trip cancellation: If we are forced to cancel the trip due to some personal emergency, you will be eligible for the claim if you have opted for the right insurance policy. This my friend, is very helpful given that we don’t know what could affect our plan in the future.

Loss or delay of baggage: In case of loss or delay in baggage, most of the international travel insurance policies cover the loss. So, a good to have benefit.

Loss of passport: When you are in another country, you cannot travel without your passport in hand. There are chances of misplacing it or losing it. Therefore, check if your cover has Loss of Passport as a benefit or not.

Adventure activities cover: For international trips, detailed planning is required before we travel since we don’t know if we are going back there again. For example, one does not want to miss out on adventure hobby sports in New Zealand. But that has it’s own risks. When you’re going for that sport as a hobby, even if you have a coach or helper with you, there could be changes of hurting yourself or getting into a mishap. Therefore, a cover that has this hobby sport covered, seems essential.

So, go binge watch those series, get inspired to travel to those picturesque destinations but carry your halo of security, your travel insurance along with you.

And make sure, you’re not going in for the cheapest plan available just because your visa requires it. Go for the plan that has all the benefits mentioned above, covered in it.

Enjoyed the last season? You know of what!