Buoyant leasing activity coupled with a decline in supply infusion led to rental value appreciation of 7.1%-16.3% in select micromarkets across cities, as per Colliers Research. 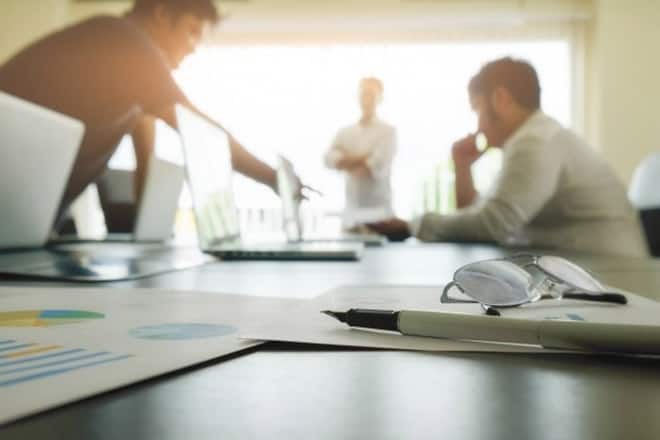 Today, when we are free to choose how we want to work, Indians are picking the traditional work hours over a four day work week.

Driven by buoyant leasing in Bengaluru and Delhi-NCR, India witnessed a gross leasing activity amounting to 50 million sq ft across 7 major cities in 2018, highest in the past eight years. Compared to 2017, gross leasing rose by 17% as occupiers continued to expand and consolidate. However, new completions in 2018 declined by 20% compared to those in 2017 owing to delay in construction that resulted in the deferment of new supply to later quarters, according to Colliers Research.

“In Q4, the overall rental values increased by 2.5% YoY across major cities against a backdrop of buoyant leasing and decline in new supply. Hyderabad noted the highest increase in rental values at 8%, followed by Bengaluru where rents increased by 5%,” said Rites Sachdev, Senior Executive Director, Occupier Services at Colliers International India.

As per Colliers Research, key micromarkets in Bengaluru, Hyderabad, Chennai and Kolkata made it to the list of top 10 micromarkets, which witnessed maximum YoY rental increase in the range of 7.1% to 16.3% in Q4 2018.

The top 10 office micromarkets that witnessed the highest rental growth YoY in Q4 2018 are as follows:

EPIP Zone/Whitefield in Bengaluru witnessed a YoY rental increase of 16.3% in Q4 2018 as a number of occupiers executed expansion strategies and consolidation in this micromarket, leading to strengthening of rentals. Availability of large floor plates and Grade A developments have been instrumental in attracting occupiers to consolidate operations. The Namma metro project is expected to start operations by 2022 and aligning with this timeline is a robust supply pipeline of 9.8 million sq ft, which is the second highest in Bengaluru. Colliers expects this micromarket to witness notable increase in rent at 8.3% compounded annually over 2018-2021.

The CBD in Hyderabad witnessed a YoY rental increase of 15.8% in Q4 2018 mainly due to an increase in demand for Grade A office space in Hyderabad. Hyderabad witnessed heightened leasing activity by IT-ITeS occupiers, resulting in a gross absorption of 6.8 million sq ft in 2018, around 18% higher than last year. Colliers expects the occupier demand to remain strong, supported by the upcoming supply over the next three years and push average city rents by 2.3% over 2018-2021.

Bannerghatta Road in Bengaluru witnessed a YoY rental increase of 13.8% in Q4 2018, with rents equating to Rs 70-95 per sq ft per month at the end of December 2018. This is predominantly attributed to low vacancy levels and no visibility on upcoming supply.

The CBD in Kolkata witnessed a YoY rental increase of 10.5% in Q4 2018. The companies in banking sector expanded their office space in this micromarket in Q4 2018. No new supply in the last three years, traction from the BFSI sector and proximity to the airport are the key driving forces behind the micromarket’s increased rental growth.

OMR Post Toll in Chennai witnessed a YoY rental increase of approximately 10% in Q4 2018. Rajiv Gandhi Salai (OMR), the designated IT corridor of Chennai, has been witnessing significant demand in the pre-toll OMR corridor. This has resulted in a significant escalation in quoted rents in pre-toll OMR region coupled with limited vacancy. Companies that are looking at OMR as a destination for office space are moving to OMR –Post Toll region resulting in a healthy demand, constituting 19% of the total office leasing in 2018.

Peripheral Business District micromarket comprising of Pocharam, Uppaland and Shamshabad is catering to occupiers looking for new Grade A facilities and IT parks. Low supply and high demand in this micromarket resulted in a YoY rental increase of 9.1% in Q4 2018.

The SBD in Hyderabad continued to be the most preferred micromarket in Q4 2018, accounting for 91% of the total office leasing the city. In Q4 2018, SBD recorded a rental increase of 8.3%. Vacancy levels as low as 4% is pushing the rentals higher in this strategically located micromarket comprising Hitec city, Madhapur, Financial District Raidurg and the surroundings.

Hosur Road in Bengaluru witnessed a YoY rental increase of 8.1% in Q4 2018. This is an emerging IT/ITeS micromarket in Bengaluru with competitive rental rates primarily owing to its strategic location. This micromarket is in the peripheral area of the city and has the potential to develop large projects due to land availability. Also, single digit vacancy levels amidst consistent demand by technology, consulting and flexible workspace operators are leading to rising rents. A limited supply pipeline of 0.8 million sq ft during 2019-2021 is expected to further inflate rentals.

The micromarket witnessed a YoY rental increase of 7.5% in Q4 2018. It is one of the preferred micromarkets in Bengaluru offering large floor plates and premium quality office spaces. Also, the micromarket is expected to receive an infrastructure upgrade with the near completion of the Namma Metro project by 2022. In anticipation of this, many developers such as Bagmane, Ajmera, Salarpuria Satva, among others are planning commercial development in the micromarket.

Outer Ring Road (K.R. Puram – Hebbal) witnessed a YoY rental increase of 7.1% in Q4 2018. The most active office destination in Bengaluru, Outer Ring Road (ORR) noted the maximum volume of absorption of 44% in Q4 2018. Colliers expects a massive supply pipeline of 13.7 million sq ft over 2019-2021 to temporarily cater to the rising demand.