Spin-offs and de-mergers: Vetting investment opportunities in a spin-off

Always evaluate how both the parent and the spin-off firm will look after the de-merger. And look for insider participation in the spin-off 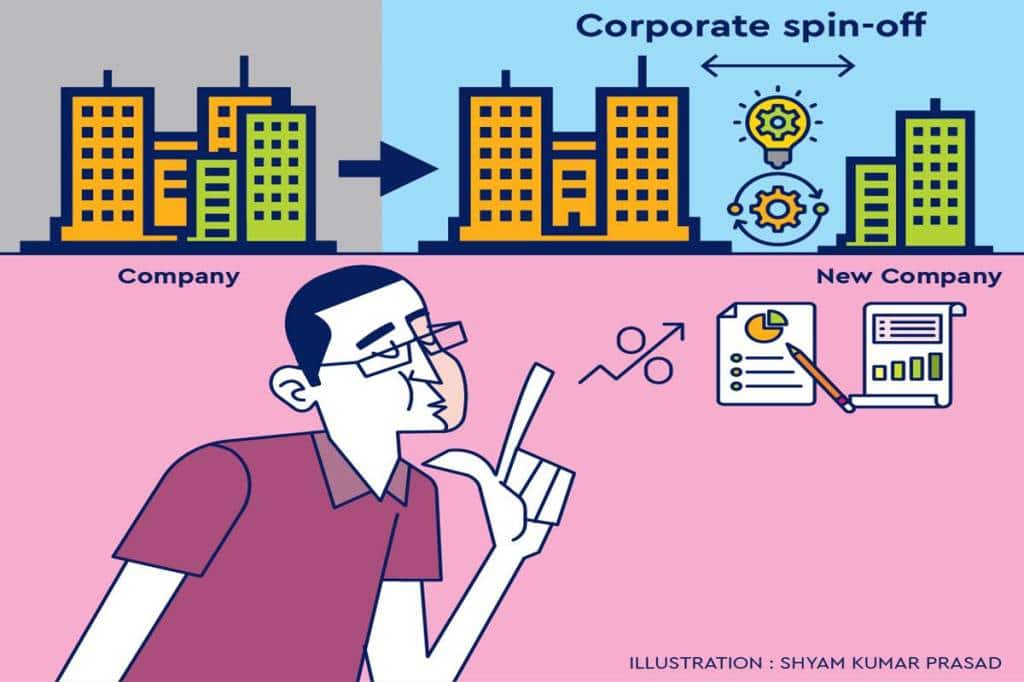 Spin-offs and de-mergers: Vetting investment opportunities in a spin-off

By Malvika Saraf and Parthajit Kayal

Many a time a company creates a new independent business through sale or distribution of new shares of an existing business. This is known as spin-off or de-merger. The independent business gets assets, employees, technology, intellectual property, or existing products from the parent company. The spun-off businesses are expected to be worth more as separate independent entities than as parts of a conglomerate or larger business. After the spin-off, shareholders of the parent company receive equivalent shares in the new company. They may then buy and sell stocks from either company independently. Many investors look for such an event for superior investment opportunities.

Spin-off investment performance
In India, performance of spin-offs has been remarkable. SBI Capital’s analysis of 154 spin-off transactions during 2002-2016 proved that spin-offs outperformed the broader market indices across market cycles. Its study showed spin-offs generating an average excess return of 36% over Sensex returns.

What happened during a spin-off?
A profitable opportunity often arises when a promising but small-size company demerged from a large-size parent is listed and has residual institutional holding. During its initial weeks and months of trading, we often observe forced selling by institutions that cannot hold the new stock in their portfolios because of certain rigid institutional mandates, such as being allowed to invest only in certain sectors or restrictions on market cap, and we end up with sizeable paper losses on our existing holding of the demerged company’s shares.

Whenever someone sells in desperation, they tend to sell cheap. As a buyer, we should be on the opposite side of such trades in which the other party is being forced to liquidate holdings at any price, regardless of underlying value. These institutions submit the relevant declarations and bulk deals information to the exchanges on the same day that these large trades are executed. Keeping track of these filings in a diligent manner is the key to investment success in such situations.

Role of incorrect valuation multiple
Spin-offs represent live case studies on time arbitrage, in which the patient investor is paid for merely waiting and letting the procedural formalities take their due course. Some of the most profitable demerger opportunities arise when the listed conglomerate entity trades at a low valuation multiple. The demerged entities, however, would have traded at a far higher multiple once separated, which sometimes is based on completely different valuation parameters than the currently listed parent entity. Having a sound understanding of both the relative valuations and the different metrics used for valuing the various kinds of businesses in the stock market gives the diligent investor a significant advantage in spin-offs.

Pick the best spin-offs
It is common for the spin-off entity to be loaded up with debt or cash. Loading up the spin-off is a way for the parent company to transfer these assets and liabilities in a tax-free manner. Investors should understand the post-spinoff balance sheet to choose the right spin-offs. Another important thing to look for is insiders’ participation. It is advisable to obtain a sound understanding of the incentives the management has for performance within the spin-off. Insider participation is one of the key areas to look for when picking and choosing between spinoffs.

The management team of the parent company is generally more interested in managing a larger business.
If they decide to move to a smaller company wherein they receive a healthy stock-based compensation, investors should definitely dig further. A good spin-off is like a previously hidden investment opportunity that is created or revealed for the investors. This means that a great business or a statistically cheap stock is uncovered as a result of the spin-off.

We should always study and evaluate how both the parent and the spin-off will look after the spin-off transaction. This is because the post-spin-off opportunity may not reside exclusively in the demerged entity. As investors, we have the option to take a position in the parent, the spin-off, or both, depending on which is the more profitable course of action.