The RBI policy meeting comes against the backdrop of uncertainty around the Omicron virus on the one hand and the US Fed continuing to sound hawkish and markets pricing in accelerated tightening globally on the other. 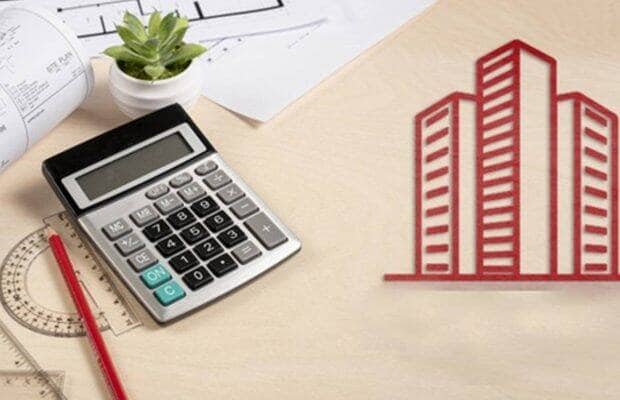 Realty experts and developers are expecting the RBI to keep the repo rate on hold in the forthcoming policy meet.

Amid growing concerns over Omicron, the Reserve Bank of India is likely to maintain status quo in its December monetary policy on Wednesday, although there is a possibility of the reverse repo rate being hiked.

“We expect the RBI to increase the reverse repo rate by 20 bps (currently at 3.35%) in the upcoming meeting. We expect the central bank to keep its stance accommodative and continue to manage liquidity through VRRRs (possible further extension of tenures from 28 days) and other market related instruments. The announcement of a more permanent liquidity absorption facility like the SDF is unlikely in the upcoming policy,” said Abheek Barua, Chief Economist, HDFC Bank.

The RBI policy meeting on December 8, in fact, comes against the backdrop of uncertainty around the Omicron virus on the one hand and the US Fed continuing to sound hawkish and markets pricing in accelerated tightening globally on the other.

“In our base case, we continue to see a high probability of a reverse repo rate hike by the RBI in December, especially in light of (1) increasing inflationary concerns and signs of growth picking up (Q2 GDP at 8.4%) and (2) some normalisation (liquidity and rates) since the October policy that has already been underway,” said Barua.

The MPC meeting is taking place at a time when the country is coping with high inflation, despite the fact that the rate has declined from its peak in June 2021, when it was above 6%. The current CPI inflation rate for October is 4.48 per cent.

Thankfully, however, the economy grew at a record pace of 20.1 per cent in the April-June quarter compared to the same period last year, when a nationwide lockdown caused by the Covid-19 outbreak had halted almost all economic operations. The Indian economy grew by 8.4% in July-September, broadly in line with expectations.

After the difficult Covid period, the real estate sector is also recovering at a fast pace. In view of all this, realty experts and developers are expecting the RBI to keep the repo rate on hold in the forthcoming policy meet.

Dhruv Agarwala, Group CEO, Housing.com, Makaan.com and Proptiger.com, said, “While the Indian economy is now well on its way towards much-awaited normalcy, it has yet a long way to go before the government and its agencies can start gradually pulling back support measures. With that being the basic premise, we expect the RBI to continue to hold the repo rate at the current levels when it announces policy changes in its upcoming bi-monthly meeting. A low home loan interest rate regime has been greatly instrumental in helping revive India’s real estate sector, especially during the festive season. We expect the growth momentum in the sector to continue because of no upward changes in the repo rate. Some increase in the reverse repo rate, however, might be on the cards.”

Realtors feel the RBI may postpone liquidity normalisation steps by raising the reverse repo rate. That is, however, not required at the moment.

“We feel that discussions of a reverse repo rate hike are premature since the RBI has essentially narrowed the corridor without the noise of rate hikes and the associated market commotion. Maintaining the current reverse report rate will be a prudent decision,” said Kushagr Ansal, Director, Ansal Housing and President, CREDAI Haryana.

LN Jha of SKA Developers said, “The RBI has taken initiatives to help growth in many businesses and sectors. Real estate witnessed strong demand due to low home loan interest rates, and the RBI has helped the sector by maintaining the status quo. We recommend that customers take advantage of the current scenario because, in the future, prices may rise due to higher raw material costs.”

Some developers are of the view that although record low EMIs are encouraging home buyers, there is no measure in place to help the commercial segment flourish. “We expect the RBI to make specific announcements to encourage investment in the commercial segment. We hope that the RBI will extend the TLTRO accessible to NBFCs further as it was extended till September 2021 in the last MPC,” said Uddhav Poddar, MD, Bhumika Group.

The apex bank’s repo rate announcements directly impact the country’s economic progress. However, more support from the government is required.

“As the industries have not recovered fully from the slowdown, industry-specific mitigating measures have become the need of the hour. The value of the real estate as an asset will continue to rise over time as the business recovers; low home loan interest rates have been extremely beneficial to the sector. Furthermore, additional effort and government backing are required to reintroduce the influx of market laggards,” said Dhiraj Jain, Director, Mahagun Group.

Next Story
Mutual funds: Know the role of alpha & beta in MF returns