Effect of repo rate decrease in RBI policy: Why EMI impact may not be visible anytime soon

Although the repo rate will influence a bank’s MCLR, the effective home loan rate for the borrower will largely depend on three factors. Read on to know them. 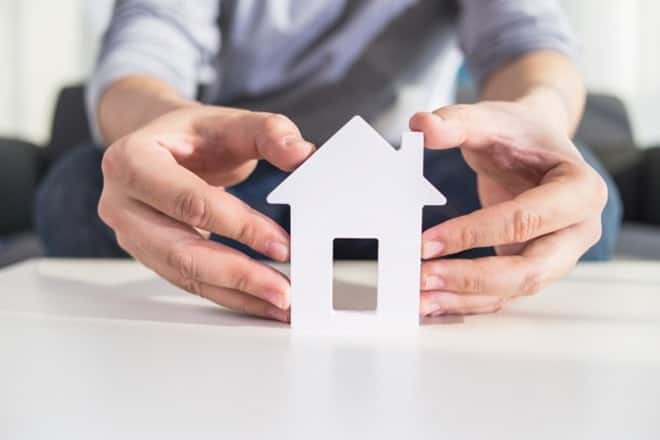 Repo rate is the rate of interest at which the banks borrow money from the RBI, which currently stands at 6.5 percent.

The Reserve Bank of India (RBI) today in its last Monetary Policy Committee (MPC) meeting for this financial year cut the repo rate by 25 basis points which now stands at 6.25 percent. For the existing home loan takers who were expecting a rate cut, there’s a reason to rejoice. However, going by what a few banks have done in the recent past, the joy could be short-lived as their loan EMIs may not go down in a hurry.

Even before the MPC meet, on February 5th, Bank of Baroda (BOB) had declared that it is going to increase its MCLR from February 7th. The 1-year MCLR for BOB is up by 10 basis points and stands at 8.75 percent. Earlier, in January, HDFC Bank had hiked its MCLR to 8.75 percent, 8.90 percent and 9.05 percent for the one, two and three-year tenors, respectively. If not for the existing borrowers, new home loan takers may have to get loans at a higher rate than before, if more banks increase their MCLR.

“We see multiple upside risks to the RBIs inflation projection which if materializes will reduce market expectations of any further rate cut. We also do not see any meaningful reduction in bank lending and deposit rates,” informs Pankaj Pathak, Fund Manager, Fixed Income, Quantum Mutual Fund.

However, post the today’s rate cut, it remains to be seen, which banks pass on the benefit to home buyers and by when. Shishir Baijal, Chairman & Managing Director, Knight Frank says, “The reduction in Repo rates by the RBI is a welcome move, which we hope will provide a further fillip to the demand side for real estate. As a result of this reduction, we hope that banks will pass on the benefits of the revised rates to the end consumer of loans, thereby making it easier for them to make their purchase decision.”

Repo rate is the rate of interest at which banks borrow money from the RBI. As and when the RBI cuts the repo rate, there is money available with banks at a lesser cost and this in turn helps keep the lending rates low.

The changes in the RBI’s repo rate plays a role in the bank’s cost of funds and hence their MCLR – Marginal Cost of Funds Based Lending Rate. However, its not necessary that MCLR will always be in sync with the repo rate.

For a borrower, the EMI will depend on three factors – the bank’s MCLR, mark-up and the reset date. Here’s how.

From April 1, 2016, banks are supposed to calculate and declare the MCLR every month for various tenures of overnight, one month, three months, six months, one year, two years, three years rates . MCLR typically reflects the bank’s own cost of funds. Most banks offer home loan linked to 12 months’ MCLR while a few offer loans linked to 6-month MCLR.

Banks are not allowed to lend below their MCLR but may ask for a spread or a mark-up over their MCLR rate. The mark-up is generally around 30 basis points. Currently, SBI’s 1-Year MCLR is 8.55 percent, while the home loan rate for salaried borrowers is 8.8 percent after the mark-up of 25 basis points.

For the borrowers, EMI does not change every time when the RBI cuts or raise the repo rate. The reset-date refers to the date when the loan contract will reset the home loan interest date based on the MCLR prevailing on that date. For example, one takes a loan (with 12-month reset-period) in March 2018 when the MCLR of a bank is 8 percent and mark-up is 20 basis points, the effective home loan rate being 8.20 percent. Now, even if the bank’s MCLR changes during the next 12 months, the borrower’s EMI remains constant. However, the bank will reset EMIs in March 2019 based on prevalent MCLR. Effectively, MCLR-linked flexible home loans are fixed- for- a- year loans.

How the MCLR moved over last 30 odd months

As on December, 2018, the average 1-year MCLR for public and private sector banks was 8.75 percent and 9.3 percent, respectively.

The above data shows that although the MCLR rates, and hence the home loan rates linked to it, had come down over the last two-and-a-half years, the downward movement got reversed from March 2018, the lowest MCLR being witnessed in February 2018.

Borrowers on Base Rate may shift to MCLR-based loans unless their loan tenure is nearing maturity. Existing borrowers who are on MCLR may continue as it is and expect the rates to fall further in the coming months. But, for any borrower still paying above 10 percent on their home loan may look to get the loan re-financed from banks which are carrying lower rates. Here’s what Naveen Kukreja, CEO & Co-founder, Paisabazaar.com suggests: “Once their home loan rates change after their reset date, they should first compare their new rates with those charged by the other lenders. If the potential savings in interest cost on transferring the home loan are substantial, then they should first negotiate with their existing lenders for reducing their interest rates. If the existing lenders refuse to do so, then the existing borrowers should opt for a home loan balance transfer.” Low interest rate after all ends up saving several lakhs on your home loan.

New borrowers need to explore MCLR and Mark-Up of about 2 to 4 banks and then decide looking at the effective home loan rate. With the Pradhan Mantri Awas Yojana (PMAY) still around till March 31, 2019, new home buyers may consider to take advantage of its credit linked interest subsidy as well.

Kukreja adds, “As far as new home loan borrowers are concerned, they should never time their home loan applications on the basis of policy rates announced by the bank. Home loans are large-ticket loans with their tenures extending to 10 years or more. The economy can witness several interest rate trend reversals during such a long time horizon.”