Property in Delhi: How Land Pooling Policy can change housing sector, but there is catch involved

Delhi’s Land Pooling Policy is likely to fuel a housing boom in the Capital. However, despite its potential benefits, there are some basic issues that need to be sorted out. 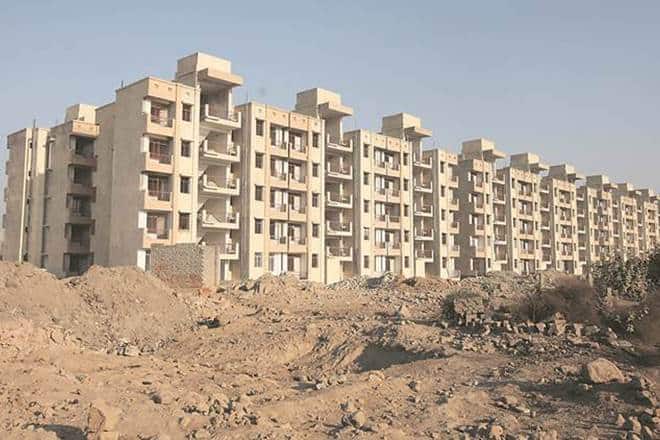 To make the policy more inclusive, DDA needs to relax the norms and put in place a better framework to include and protect the interests of smaller groups as well.

In India, land is an essential asset and people are very sentimental about it. The concept of having private property developed after Cornwallis – Shore’s 1793 permanent settlement which ushered in an era of private landholdings. Thanks to the rapid rate of urbanization, it is getting immensely difficult to get a land holding in metro cities nowadays. With the influx of more and more people towards the big cities, governments are grappling with the task of having to provide everyone with a shelter above their head. Alongside the tardiness and ineffective implementation of housing and building norms by municipal and other governmental agencies, non-availability of land is another factor that is holding back the pace of urbanization and planned housing. With empty spaces hard to come by, the authorities are forced to come up with new ways to ensure their availability and development.

One such step has been the introduction of revised Land Pooling Policy guidelines in Delhi. With this, the Central government intends to give impetus to one of its pet projects, the affordable housing scheme. It is expected that by 2021, Delhi needs at least 24 lakh new homes. Though building new ones is not that of a problem, procuring space for them is. With new land pooling policy, the government is hoping to overcome the same.

Under the policy, an individual or a group of individuals ‘pool’ their land and hand it over to the DDA, which then develops basic infrastructure like roads, sewers etc. Once this is done, a part of the ‘developed’ land is given back to the owner. Initially, the policy involved changing the pooled land to DDA’s name and then changing it back to the owners’ name once they are in possession of the developed land. The Centre modified this order to make it simpler along with introducing the single window clearance. Now, the land remains in land owners’ name throughout the process. For implementation of the policy, it has also been decided to divide the areas into five zones – L, N, P-II, K-I, and J.

About 22,000 hectares of land is expected to be pooled which could meet the needs of about 95 lakh people. Though the pattern of land distribution is different for different zones, the broad contours remain roughly the same in each of them. Of the 60 percent of returned land, 53 per cent will be for residential purposes, 5 per cent for city level commercial use and 2 per cent for public and semi-public use. The remaining 40 per cent pooled land will be kept by the developer for city level services and shall be surrendered encumbrance free to DDA as and when required. In case of in pooled land parcels which come forward to participate at a later stage, the requirement for surrender of land for city level infrastructure shall be 45 per cent or higher.

The move is likely to fuel a housing boom in the Capital. It is expected to lead to the emergence of new sub-cities like Dwarka, which developed in late 90s. Focus on planned housing can also assist the government in preventing the growth of illegal colonies across the capital.

Despite its potential benefits, there are some basic issues that need to be sorted out. And one of them deals with the condition that only those DE or Consortiums will be eligible whose 70% of the developable area fulfils the two criteria. One, the pooled land parcels must be contiguous and Two, the entire pooled land must be bounded on at least one side by a road of minimum 30m ROW as per ZDP. While second criteria appears to be a fair one, the problem lies with the first criteria. It basically means that anyone, however genuine their intent be, won’t be eligible unless 70% of their pooled land is adjoining the homestead. The insertion of aforementioned criteria has the potential to discourage even those groups, societies or marginal farmers who are genuinely interested in participating in the land pooling policy. but can’t do so due to their inability to meet the ceiling limit in one patch.

Another problem that this criteria could lead to be fragmented and discontinuous land use and development. What if there’s a non-contiguous land parcel between two contiguous ones? Will DDA leave that aside and just move on to the adjoining land parcel? It will lead to not just a poorly planned settlement unit but also create problems with regard to laying down of basic infrastructures like sewers, drinking water pipes, etc.

This will open spaces for corruption and bribery as well. Ones whose land parcels are narrowly missing the 70% margin or those whose pooled lands lie between two approved parcels might be tempted to bribe the DDA to include their land parcel as well. What if the disadvantaged party happens to be a marginal farmer? He will (in)advertently be placed out of it.

Due to the prevalent social and family norms, most of the private landholdings with small landholders or farmers are fragmented. The likelihood of their lands being contiguous is narrower. The proposed eligibility measure is likely to keep many marginal landowners, especially farmers and genuine Welfare or Cooperative Group Housing societies out of the land pooling policy. In many way, it opens the doors to undue harassment and exploitation of small land holders. They will be forced to collate their landholdings to form a bigger and more integrated land parcel or be left out.

The other issue is the ‘supposed’ synergy between different agencies like DDA, MCDs, PWD and the Delhi government. While the land pooling policy is expected to ease the problem of land availability to a large extent, much of the success will depend on their ability to work together to provide basic amenities to the new centres like access to adequate water, good sewerage network, etc. All this will involve a lot of concerted efforts on their parts.

To make the policy more inclusive, DDA needs to relax the norms and put in place a better framework to include and protect the interests of smaller groups as well. If it fails to do so, this policy too is destined to be doomed as other DDA initiatives. And the least thing that the country needs at this time is a flawed regulatory framework. To be able to realize the goal of affordable housing for all by 2022, it is important that corrective measures are brought at the earliest.

(By Neh Srivastava, Under Secretary, Ministry of Home Affairs, and president of the Central Secretariat Services Officers Society)