Capture ratios: What they reveal about the performance of mutual funds 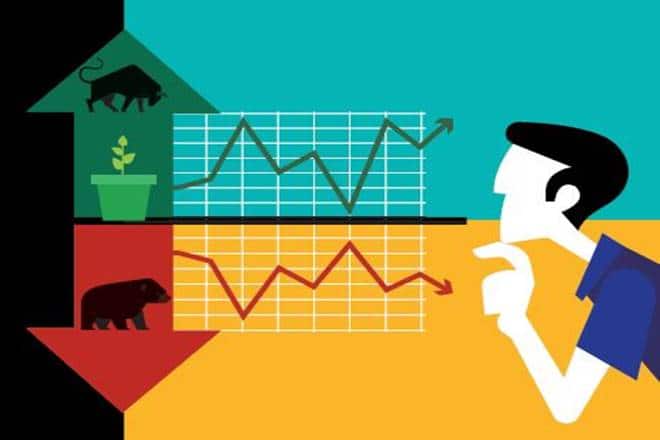 Investing in mutual funds call for a moderate level of financial knowledge, market awareness and most importantly, how to assess performance of mutual funds.

As the Indian stock market indices are touching new highs every week, individual investors are pumping money into the market through the mutual funds. However, investing in mutual funds call for a moderate level of financial knowledge, market awareness and most importantly, how to assess performance of mutual funds.

Let us discuss an important ratio, namely, capture ratios, which measure the performance of mutual funds, often neglected in the investment science literature.

Capture ratio
Capture ratio basically indicates the intrinsic strength of a mutual fund to face the market turbulence. It decomposes the annualised returns to show underperformance and outperformance with reference to a benchmark such as Sensex, Nifty or any other similar indices. It is calculated and expressed in percentage for easy understanding and is computed for the period
of one or three years, and even for longer periods such as five, 10 and 15 years by calculating the geometric average for both the fund and index returns during the up and down months, respectively, over each time period.

Also Read
Debt vs Equity Funds: Which fund is good for investment?
Indian investors hit hard by US tech rout
10 best-performing mutual funds in the last 5 years that could make you rich
Mutual Funds: Invest in mid-cap, but with caution

In short, it shows whether a given mutual fund has outperformed, gained more or lost less, than a broad market benchmark during periods of market strength and weakness, and if so, by how much.

Up-market capture ratio
It is used to evaluate how well a fund manager performed relative to an index during periods when that index has risen. It is calculated by dividing the manager’s returns by the returns of the index during the up-market, and multiplying that factor by 100 [(Fund’s Return/Index Return) x 100]. Upside capture ratios for funds are calculated by taking the fund’s monthly/annual return during months/years when the benchmark had a positive return and dividing it by the benchmark return during that same period.

Down-market capture ratio
This ratio evaluate how well or poorly a fund manager performed relative to an index during periods when that index has dropped. The ratio is calculated by dividing the manager’s returns by the returns of the index during the down-market and multiplying that factor by 100 [(Fund’s Return/Index Return) x 100]. Downside capture ratios are calculated by taking the fund’s monthly/annual return during the periods of negative benchmark performance and dividing it by the benchmark return.

A downside capture ratio of less than 100 indicates that a fund has lost less than its benchmark during the periods when the benchmark has been in the red. If a fund manager has a down-market capture ratio of 82%, which indicates that it captured only 82% of its benchmark’s negative performance during market down ward timings. Investors should note that these ratios are calculated and exhibited in the fact sheet of the mutual funds. Basically, it brings out the attitude of the fund manager towards risk and his capacity to provide higher risk adjusted returns.

To conclude, capture ratios, both upward and downward, are relatively straightforward mechanism to evaluate a fund’s historical performance during bull rallies as well as corrections. These ratios, when used together with other risk measures, could be an important tool for monitoring a fund’s overall performance for the investors. Thus, investors should ideally choose funds which have high upmarket and low downward market capture ratio.

Follow us on
Latest News
UK to declare bank holiday May 8 to honour King Charles III
No choice: Elon Musk justifies layoffs
SBI profit up 74%  at Rs 13,265 crore
Inside track by Coomi Kapoor: Deadline postponed?
Across the aisle by P Chidambaram: No apologies, no resignations
Ringside view by Tushar Bhaduri: Power hitters
Interview | We’d like to grow in line with industry: Sanjiv Chadha, BoB chief
Photos
Dazzling & Astounding! Proposed design of the to-be redeveloped Dakaniya Talav Railway Station in Rajasthan-PHOTOS
13 hours agoNovember 5, 2022
Heart-wrenching! Here is a look at Morbi and the suspension bridge that collapsed
6 days agoOctober 31, 2022
In Pictures: PM Modi in Kargil to celebrate Diwali with soldiers, says, ‘All of you have been my family for years now’
2 weeks agoOctober 24, 2022
Read More
×
Easy access to global equity markets
DCB Bank Q2 net profit jumps 73% to Rs 112 crore
Borrowing is an intergenerational burden, says FM
STL turns positive after 3 quarters, reports net profit of Rs 44 cr in Q2
Book Review| Ambedkar: A Life – Babasaheb revisited
On the shelf: Here are some of the e-books that you may find interesting