Looking for multibaggers? Here’re top 10 growth stocks to buy for 2017

Indian markets are likely to remain range-bound in the near term with no fresh triggers and because of the holiday season globally. 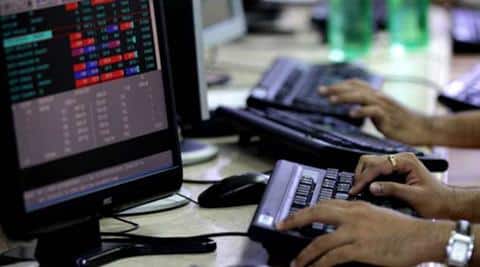 Indian markets are likely to remain range-bound in the near term with no fresh triggers and because of the holiday season globally. FII flows will determine the market direction till the result season starts for Q3 FY17.

“Market participants will continue to evaluate the impact of demonetization on the various segments of the economy. Faster pace of economic growth in developed countries and subsequent capital outflows from emerging markets would be a key thing to watch out in 2017,” says Siddharth Sedani,Vice President-Equity Advisory, Anand Rathi.

According to him, H1 CY2017 will be no different than H2 CY2016 in terms of volatility on the domestic front (Budget expectation, H2FY17 quarterly results, GST implementation, 5 state election results) and the global front (US President-Elect policies post assuming office in mid Jan, further increase in US bond yields, Geo-political worries, global growth, EU weakness).

However, some demonetization headwinds are expected in the near term as weakness in strong consumer demand and uncertainty over implementation of GST, especially in difficult political uproar, remain. “In the medium term (H2FY18), things will start looking good on the ground with tailwinds like lower Interest rates and consumption pushing growth northward,” Sedani says.

Private Banks & NBFC, media and select autos seem alluring prepositions for investments. Autos may have seen some contraction in sales, especially in the 2-wheeler space in November 2016, but Anand Rathi continues to like TVS Motors for its new launches from BMW’s tie-up and product mix. Tata Motors will be outperformer on the back of JLR’s growing sales and demand. Zee Entertainment is partially immune to demonetization as ad-revenue growth is likely to be above industry averages. Good opportunities can be found in retail-centric banks, like IndusInd Bank, and growing retail book in Yes Bank. Equitas (small finance bank) and LIC Housing will be benefit from the current development.

Here we take a look at top growth stocks which you can buy now for long-term gains:

Driven by both its corporate and retail portfolios, IIB is on a turbo charged loan-growth momentum. It is expected to deliver 30% loan growth in FY 17. The roll-out of retail products and the strength of its franchise would double its loan book by FY19. NIM expansion driven by falling cost of funds – the bank would have an exit NIM of ~4.06% at FY17 (up 20bps yoy). Surge in core fee income and lower opex to boost RoA. Core fee income would grow ~22% in FY17.

ZEE had a steady quarter with revenues and EBITDA growing at 22% and 38% respectively. The company is comfortably placed on the margin side and believes that G&A can be maintained at a lower level as demonstrated in 2Q. Zee Entertainments advertisement revenues of 9,592m (+14% yoy), were commendable considering moderation in content ratings and ad spends. EBITDA margins at ~29%, rose 325bps yoy.

Ajanta Pharma’s clear focus on fast-growing specialty therapies and on niche products that has led to a strong, 30% CAGR in domestic formulations revenue over FY 12-16. Export formulations are expected to gain traction through more approvals in the US and steady African business.

Anand Rathi expects export formulations to record a 20.6% CAGR over FY16-19, led by the steady African business and a scaling-up of the US generics business. It believes that domestic formulations would sustain growth, driven by the company’s focus on fast-growing therapies and launches.

Anand Rathi’s optimistic assessment that TVS Motors is on the cusp of a turnaround was confirmed by its recent quarter’s results, outpacing the two-wheeler sector with 19% yoy growth. Volume growth based on success of launches and re-launches. Assuming a 12% volume CAGR and the margin expanding from 6.7% to 10.1% over FY16-19, a 39% growth in earnings is anticipated.

BJFIN with its presence in consumer, rural and SME lending as well as in life and general insurance is posed well to benefit in the medium to long term. Anand Rathi believes that BJFIN’s earnings will grow at around 26% in the next two years. Balanced product mix key to sustained business; higher than Private peer company’s growth with promising future.
It expects Bajaj Finserv (BJFIN) to grow at its revenues by ~26% through FY-18E, backed by sustained performance of its subsidiaries BFL and BAGIC. Improvement in BALIC’s business is also expected over the medium term.

Management’s guidance of 15-16% organic growth could be raised, driven by product launches, revival in rural demand and higher brand spends. Anand Rathi is optimistic about the stock from a medium-term perspective.

Voltas, a market leader in ACs in India with a 22% market share, has consistently grown faster than the market, driven by a strong distribution network. Consumer Durables companies will be key beneficiaries of government reforms like implementation of GST and pay hike. Voltas is likely to maintain its market leadership in the UCP segment and get comfort from its strong working capital and cash position. EMPS segment would witness some revival as domestic infrastructure spending picks up. Given the recent stock price correction, we believe the stock is attractively priced.

Credit Analysis and Research (CARE), the second largest credit ratings company in the country by market share, offers a focused play on the rating business with nearly all of its revenue coming from this segment. CARE’s asset-light business model and a strong operating cash flow has helped the company increase its dividend payout over the years. CARE boasts of the best margin among rating agencies: 65% operating margin and 44% net profit margin in 2015-16.

India’s largest fragrance & flavor company aiming to be a significant player in domestic & international market. SHK is the fourth largest company with a market share of 12% in the Indian fragrance & flavour industry. It is also to be noted that every 15% increase in utilizations could increase its revenues by around 100%. SHK reported a growth of 17.8% in its consolidated Q2 FY17 results at RS 2,453 million as against Rs 2,082 million in Q2 FY16.

Growth in revenues was mainly driven by the company’s domestic business reflecting strong demand and better realizations. The improvement in operating margins were primarily due to better realisations, higher profitability in the flavors business and contribution from new business acquisition.

Next Story
Four things you must know about Aadhaar Payment App