Must Read
5G in India: Samsung to enable 5G in devices by mid-Nov through software update, iPhones to get it in Dec
Google allies with Coinbase to bring crypto payments
Leave Travel Concession: Before Diwali, good news for Central Govt Employees; LTC benefit extended
Worried about your first job interview? Here are 7 tips to crack it
Pause slide

What is cyber insurance and why you need it; Here’s all you need to know

With the higher use of digital platforms, cybercrime is growing at an increasing rate. 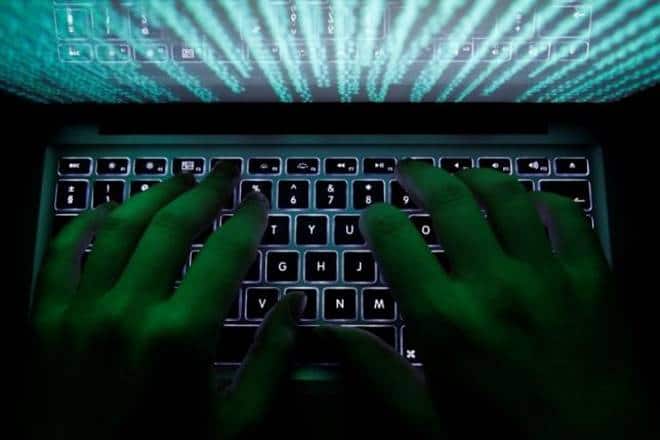 A recent joint study by Marsh-RIMS states that large-scale cyber-attacks, and massive incidents of data theft are some of the top risks in India. (Reuters)

With the higher use of digital platforms, cybercrime is growing at an increasing rate. According to experts, the domestic cyber insurance market is slowly gaining traction, with India bracketed alongside the US and China as among the world’s most cyber attack-prone countries. A recent joint study by Marsh-RIMS states that large-scale cyber-attacks, and massive incidents of data theft are some of the top risks in India. These findings represent the increased risk posed to valuable digital assets by cybercriminals, and subsequently the increasing need for cyber insurance.

Owing to that insurance companies have come up with cyber protection for individuals. For instance, Bajaj Allianz General Insurance cyber policy protects individuals from cyber risks, covering up to 11 types of cyber risks which include identity theft, malware attack, IT theft loss, phishing, e-mail spoofing, cyber extortion, and cyberstalking.

Also read| Income Tax: You do not have to pay any tax on scholarships

Sasikumar Adidamu, chief technical officer, Bajaj Allianz General Insurance, says, “The need for insurance product is felt only after people fall prey to such incidents and losses, but recent malware attacks have alarmed customers about the extent to which cyber risks can grow.” Generally, people do not realize the magnitude of the cyber fraud problem. These types of insurance covers do not prevent such incidents from happening. However, they reduce the financial impact caused out of such risks.”

These policies are designed to cover expenses related to post factor actions of a cyber-attack. Such as, the cost incurred during the prosecution process and defense costs are paid by the insurance company relating to the types of cyber risks mentioned in the documentation of the policy. Other costs such as financial losses, online loss of money suffered by the policyholder due to cyber-attacks are also covered in the policy up to the sum assured as mentioned in the policy. Experts believe, these kinds of policies will surely assist a lot, as India is rapidly moving towards digitization and the use of net banking and several other online transaction systems have also increased a lot. Expenses incurred for counseling treatments post a cyber-attack is also paid for including damages against third party liabilities and restoration costs. It also takes care of consultant fees, court expenses, and legal fees concerning the cyber-attack.

What is not covered?

If the attack was intentionally and deliberately done, the policy will not pay any claim. Insurers do not cover any fraudulent, dishonest or malicious act. These policies do not provide any cover for any prior actions of the attack that the policyholder has faced before buying the policy; nor do they cover for personal data or lost pictures in the policy. The insurers also take measures to avoid any cyber-attack to their customers by prompting for backing up their data, updating anti-virus and having a proper set of passwords. If such measures are not taken properly, in case of a cyber-attack, your claim can be jeopardized.

The sum insured generally ranges from Rs 1 lakh to Rs 1 crore. For instance, for the cyber insurance cover from Bajaj Allianz General Insurance, the premium for Rs 1 lakh is Rs 662, going up to Rs 8933 as the sum insured increases. However, there are limits applied to all type of covers – for email spooking maximum 15 per cent is covered and in case of phishing and IT, theft loss up to 25 per cent is covered. All other covers have a limit of up to 10 per cent, and only one kind of claim can be raised at a time.

Nowadays people have a high level of email and social media activities and also carry out frequent online banking or other similar online transactions. There is also online exposure connected with their business and most do not have expert knowledge and protection in place which puts an individual at very high risk of becoming a victim of cybercrime because of which people should look at such policies. The cyber insurance policy covers a lot of ground relating to cyber-attacks and may be worthwhile for all those who are quite active on the internet.